School of Dialogue at School Complex in Mszczonów

Mszczonów is situated at the crossing of the express road no 8 and the national road 50. Today, over 6,000 people live there. These are the data for 2014. However, over 100 years ago, in 1920 the town population was almost 8,000, out of which Jews constituted over a half. Over a half, being over 4,000. That is in total two-third of Mszczonów today. Sometimes figures really impress only when you convert them into something tangible.

The first Jewish settlers started to arrive in Mszczonów probably at the end of the 17th century. In the beginning, they mainly kept inns, traded and were craftsmen. In the 19th century, Jakub Dawid Kalisz established in Mszczonów the Hasidim dynasty which was popular in Mazowsze, Kujawy and Wielkopolska. Even today the groups of Hasidim living in Jerusalem and New York identify themselves with this dynasty. Hirsz Dawid Nomberg was also from Mszczonów. He was a writer, publicist and promoter of the Yiddish language. Maurycy Applebaum, a painter, was born there. He painted landscapes and everyday scenes. For example, “Kapela żydowska”(Jewish Band) or “Wesele” (Wedding).

During the interwar period, religious and funeral brotherhoods existed in Mszczonów, schools (also for girls), as well as political, cultural, educational, and sports organisations. Before the World War II, Jews constituted 40% of the town’s population.

At the end of 1940, they were relocated to the designated part of the town which was then changed into open ghetto. Its citizens worked in German manufacturing plants and nearby farms, some of them were further on transported to the camp in Płaszów. In February 1941 and July 1942, those who stayed and survived were transported to the ghetto in Warsaw, and then to Treblinka.

The Jewish cemetery in Mszczonów is situated in Poniatowskiego Street, near the Warsaw-Katowice route. Within the vicinity of the cemetery, there once was a synagogue and a ritual slaughterhouse. At the cemetery, there are now 150-200 matzevot with inscriptions in Hebrew, there also emerges a reconstructed tzaddik’s ohel. 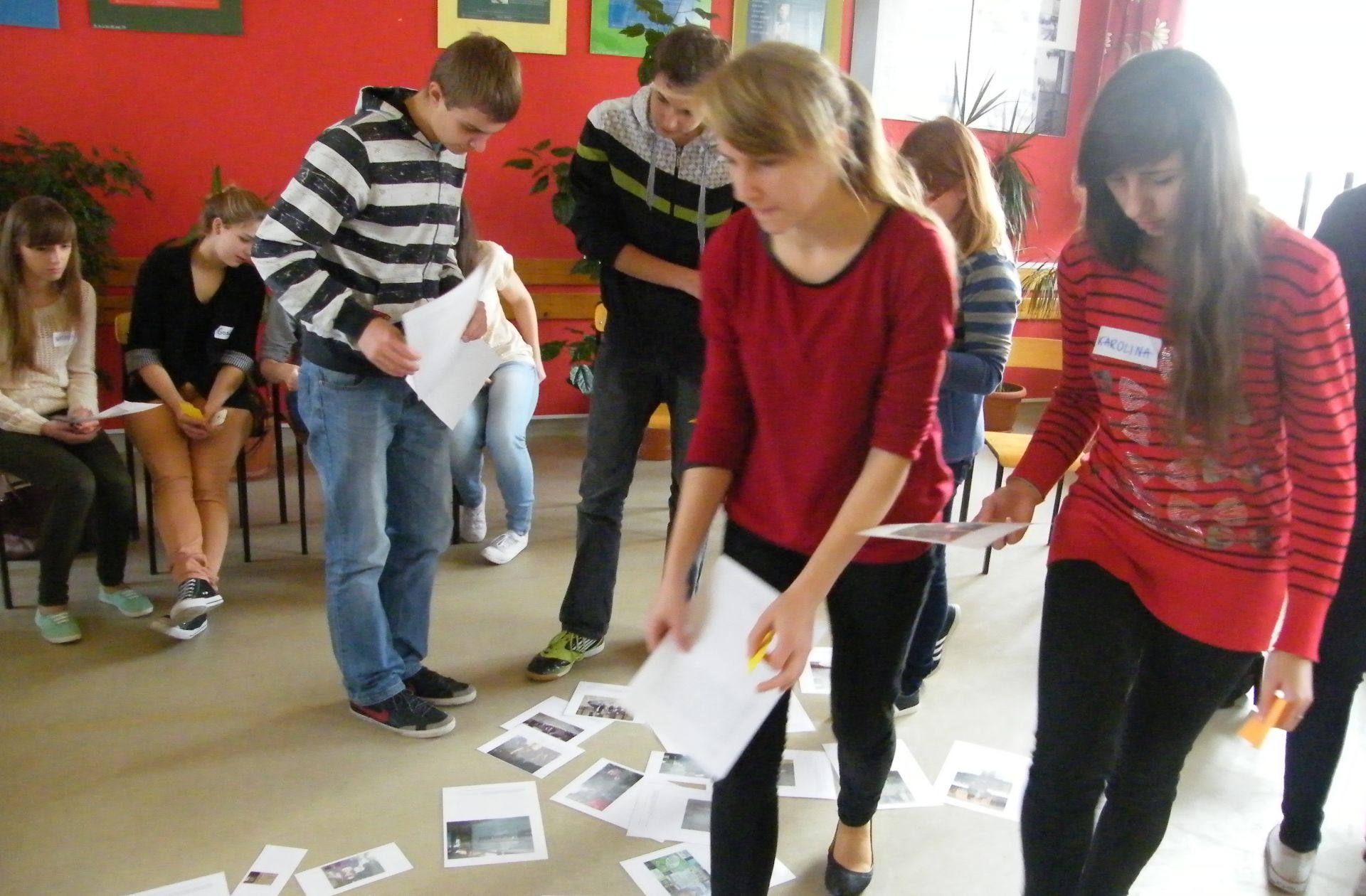 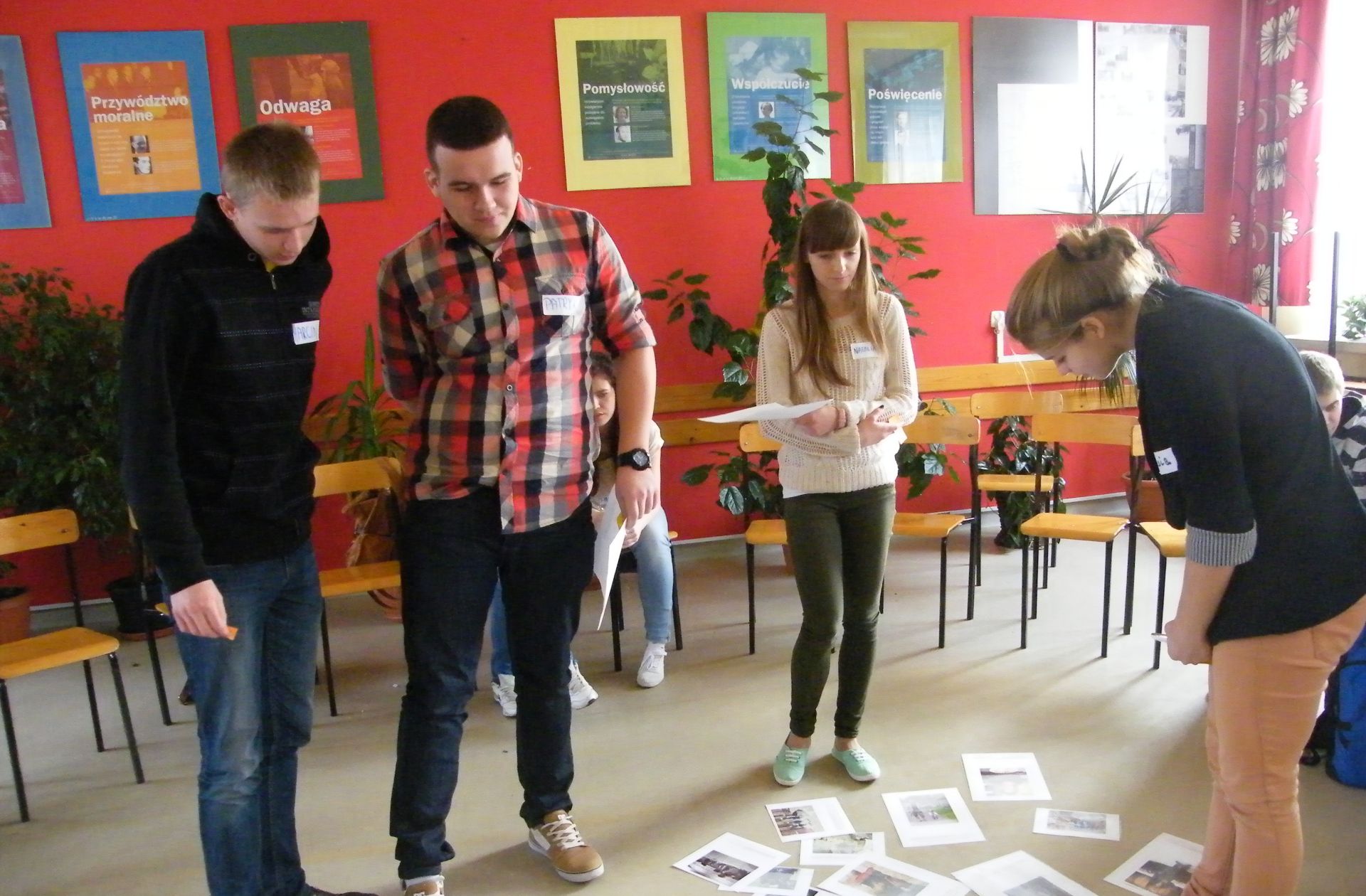 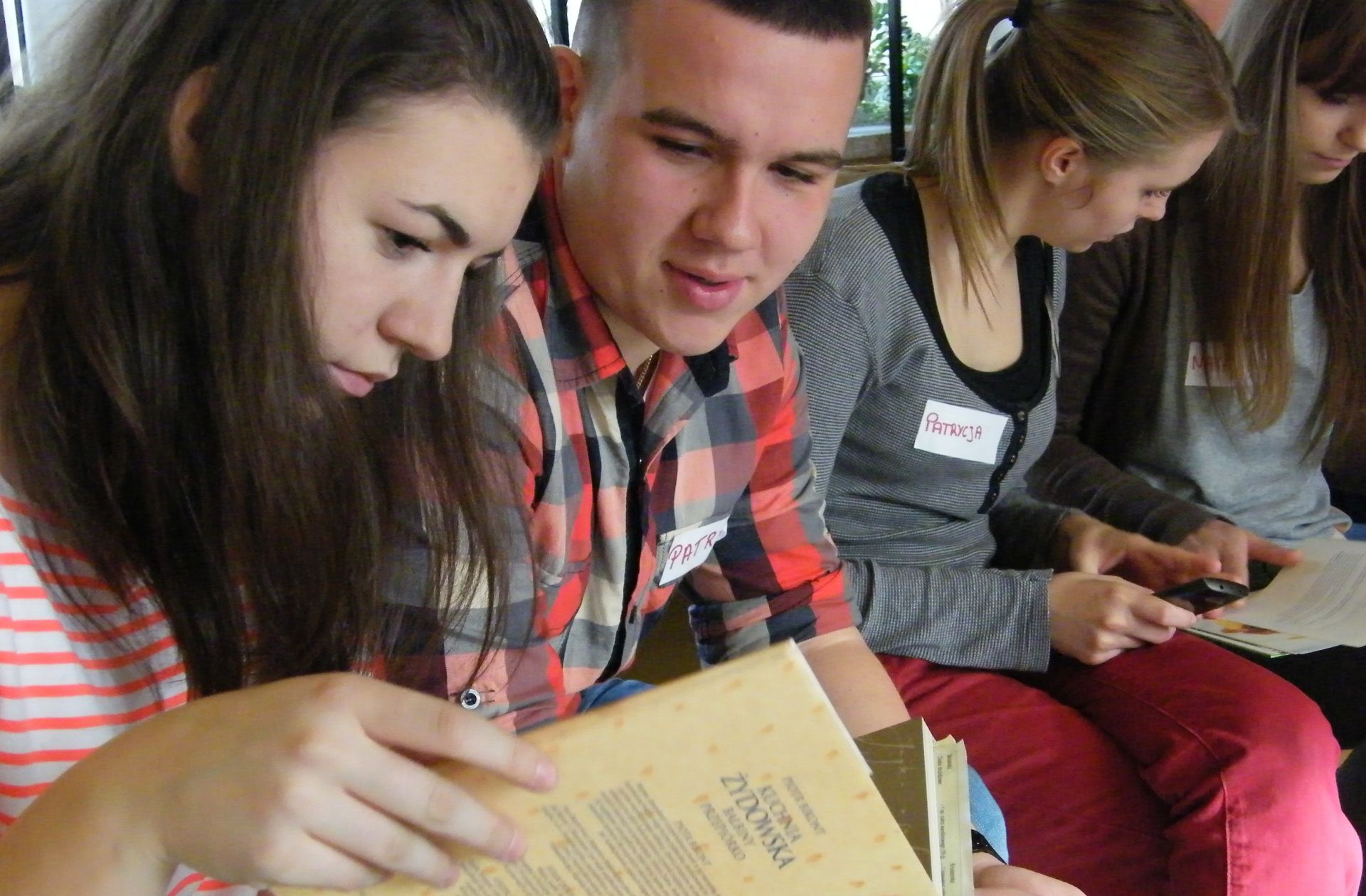 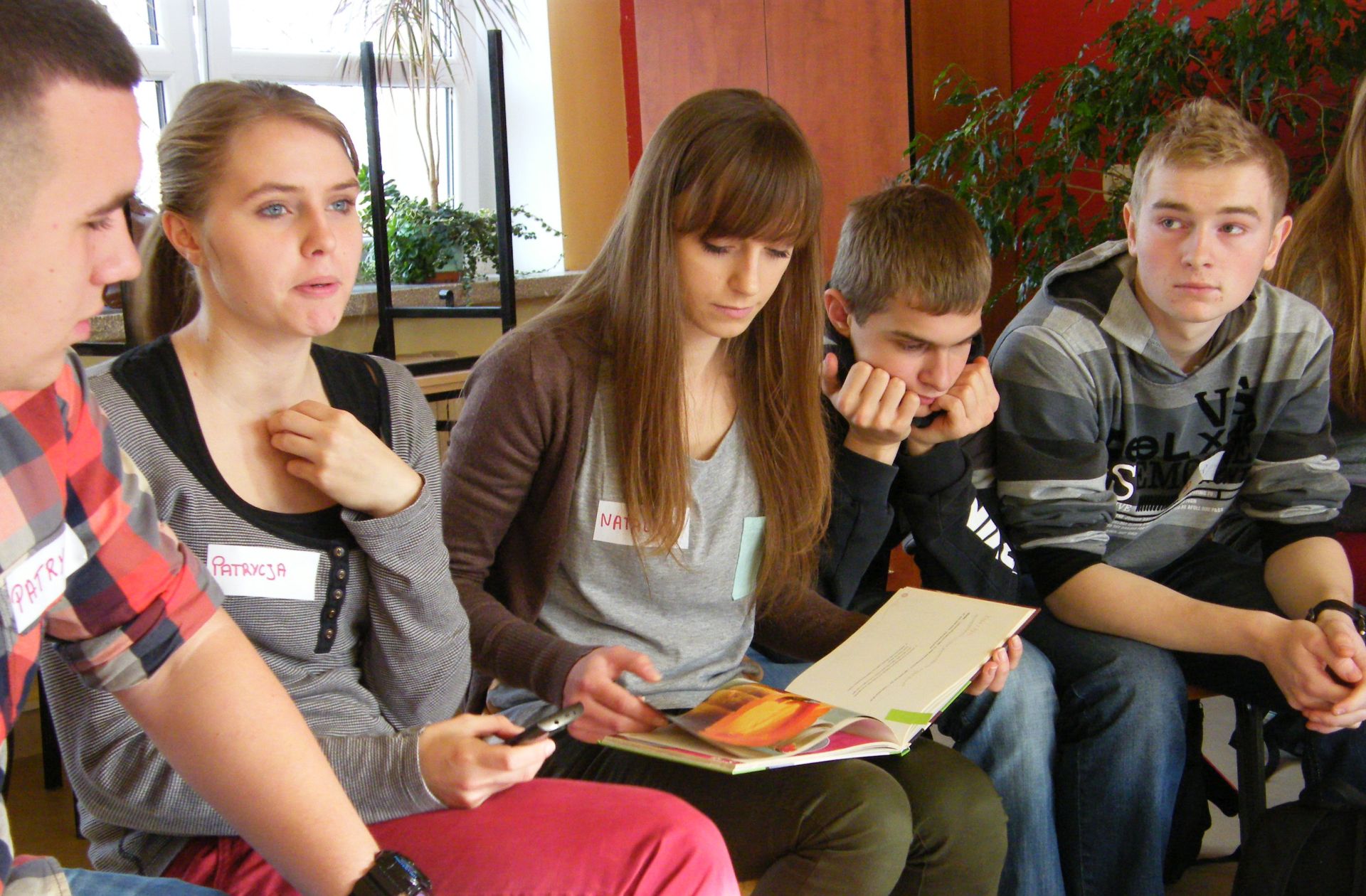 It proves to be the most appealing acknowledgment of the Jewish society in Mszczonów. As there is no synagogue and slaughterhouse. And, the mikveh building is today used for living purposes.

During the workshops organised by the School of Dialogue, conducted under the project implemented by the Forum for Dialogue educators, Anna Bakuła and Katarzyna Niewczas, students told about what they knew, asked about things which were new to them.

On the basis of the gathered knowledge and collected information, they created a story about the prewar Mszczonów. It was presented with a use of a mock-up student made themselves. On the current map of the town, they marked points where a synagogue and mikveh once were. The place where cheder once stood, where the ritual slaughterhouse was and the above specified Jewish cemetery. They constructed paper buildings representing those which maybe would stand even today in Grójecka and Sienkiewicza Streets. Jewish families, merchants and craftsmen lived along these streets. Under the project implemented by the School of Dialogue, students showed their friends a fragment of a film “A Sentimental Journey of Morris Indygo”. The film is about the return of a Jew who lived in Mszczonów before the War. He walks the streets of the town that once was also his own.

Students saw a former Mszczonów through the eyes of a person who could recall the pre-war town. They listened to his story and also the story of the Guziki Family who saved his life.

What is more, students who participated in the project organised a cooking contest related to the Jewish cuisine. They invited students from other schools to participate in it. The “Mszczonów Master Chef” contest gave students the opportunity to become familiar with the Jewish cuisine through its taste. Students did not realize that so many dishes considered typical Polish food originate from Jewish tradition. With the help of their parents, they bought necessary ingredients and books which were later awarded to the winners. They designed a logo “Jewish Master Chef” which they placed on invitations for the contest participants and for the jury and on aprons for the cooking teams. Participants were provided with the contest regulations and its terms and conditions whereby they were to prepare dishes within a specific timeframe. The smell of herrings and potato pancakes served with sour cream were floating in the air. Then the jury tasted and evaluated the dishes, and chose the winners. A representative of the Educational Division at the local government in Żyrardów, which is situated nearby, promised that it would not be the end and it was not their last meeting.

We spent a lot of hours at the workshops organized by the School of Dialogue, but I do not regret even one hour. We completed a lot of tasks in groups which allowed us to establish a better relationship among us. I found out a lot about Jews who once lived in our town.

In the beginning, I was not interested at all in the issue of Jewish people and their history. We had workshops during which we were to learn about Jewish culture. I realized that Jews and Christians share history, experience, reminiscences. (…) Today, I know that it is not religion or believes which are important. A human is important. I did like the workshops.