The Thursday fairs have been organized in Nowy Targ for centuries. People would swarm from all directions to sell their products, buy necessary household items, to watch,  haggle or meet their friends. Some of them were Jews, for the Jewish community had been present in Nowy Targ since the 16th century and was the most numerous ethnic minority in the town. Even though the Jews and Catholics competed economically, they remained on good terms, as neighbors should. In the town, apart from the main synagogue, there existed several prayer halls. The local Yeshiva was run by Chassidim, who formed a numerous community in Nowy Targ. Various Jewish organizations developed freely, Zionist and Orthodox alike. Jewish life flourished in the interbellum: a Jewish Reading Room was founded, as well as several youth sports associations and the “Frajhajt” club. In 1920, Muniek Papier founded the “HaGibbor” sports club and in 1931 a rival club was established, the “Maccabee”.

The Nowy Targ high school students who participated in the School of Dialogue workshops have already had pretty good knowledge of Jewish history and culture and of the Jews’ presence in the city. What was new to them, however, were the general facts about Judaism and Jewish culture in Poland. They were curious about the everyday life of the Jewish community, their customs, culture and religion.

They wanted the final project of the workshop to be the best possible, so first they went to the Tourist Information Center in Nowy Targ and then arranged a meeting with the Mayor. They also talked to the management of the Tatra Euroregion in their office located in the former Herc Hotel, in order to get permission to visit the building together with the guests invited to the final tour. They decided that the tour would be a presentation of stories of a few people – local inhabitants and graduates of their school. 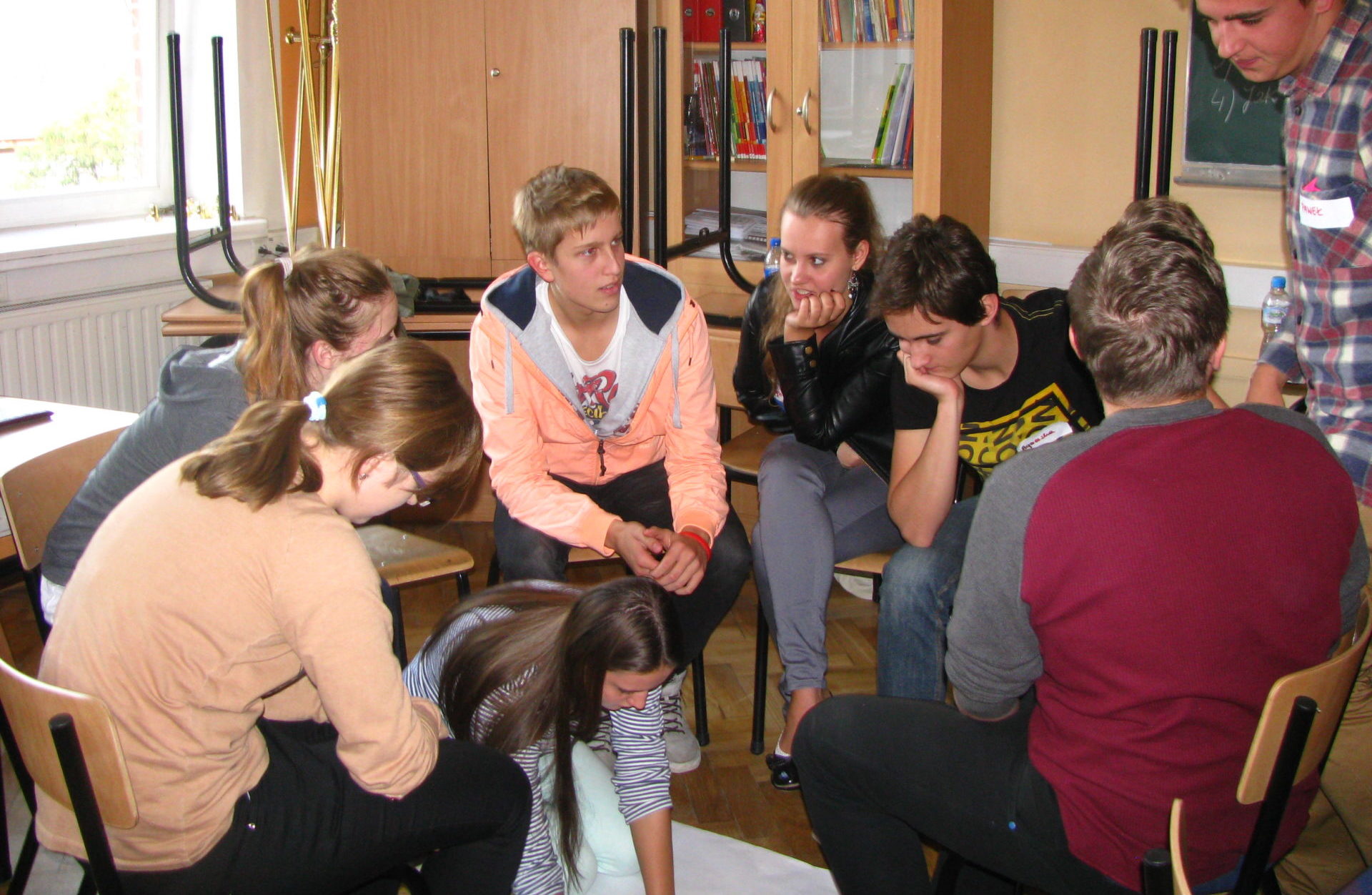 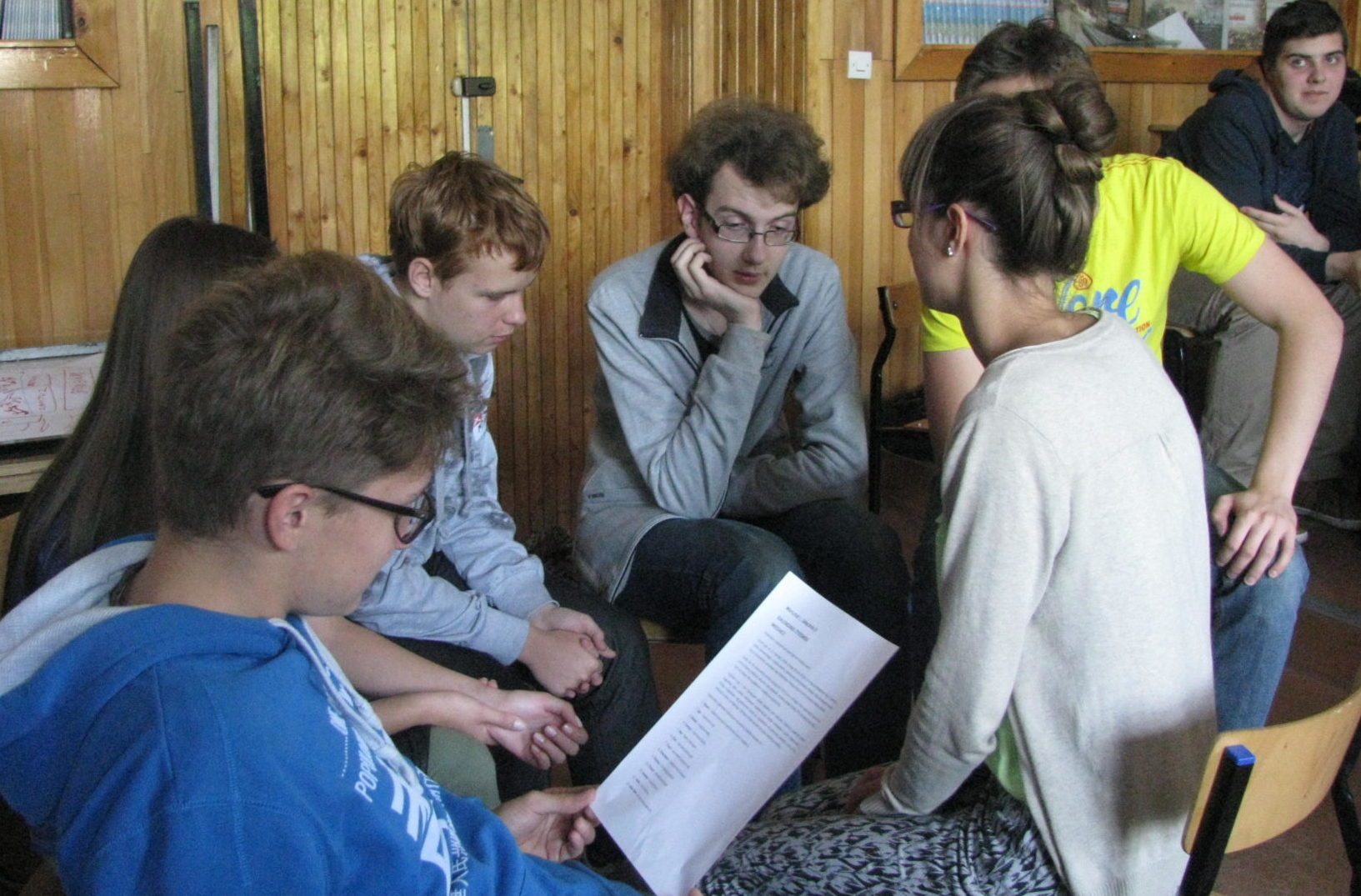 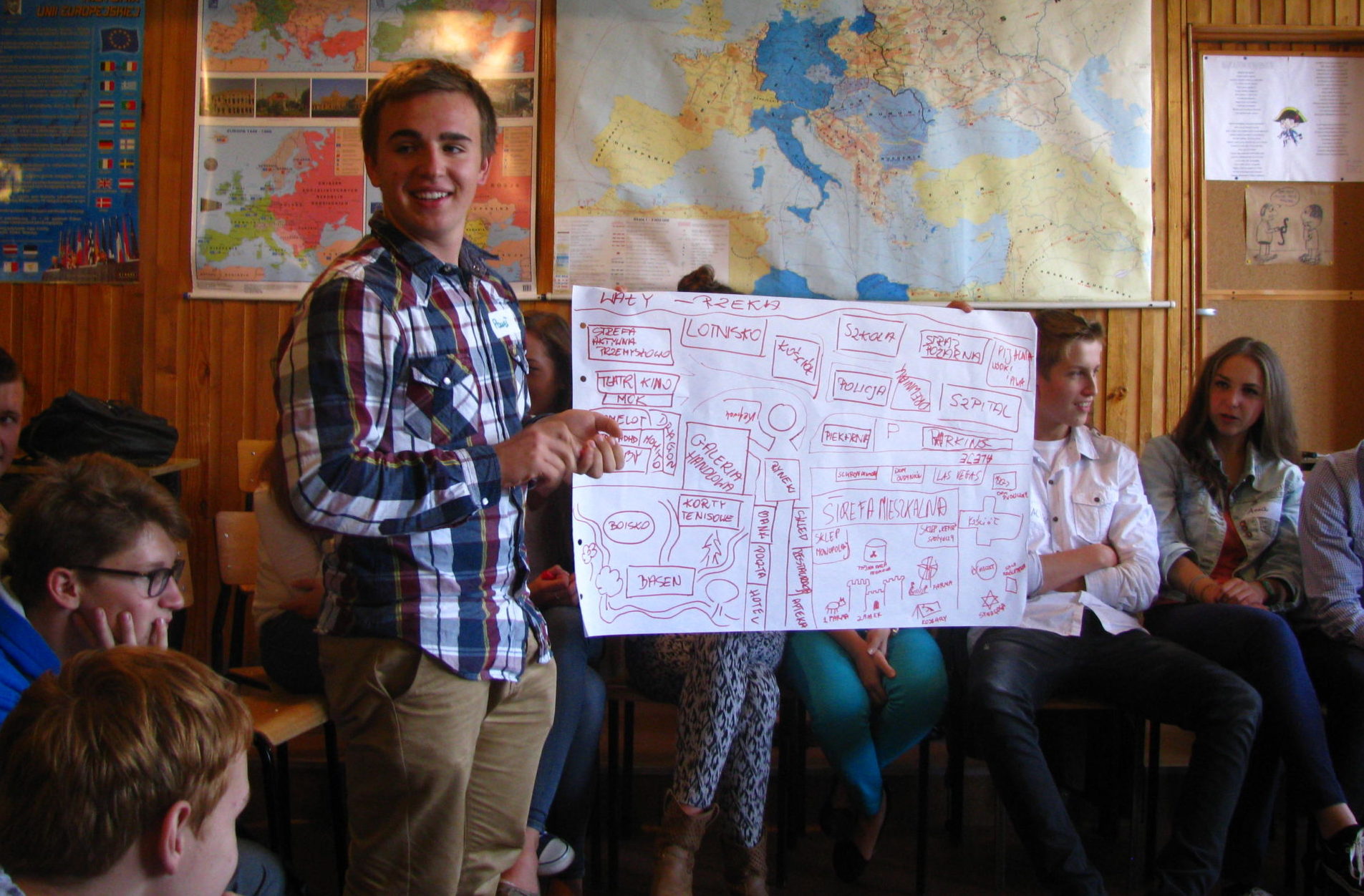 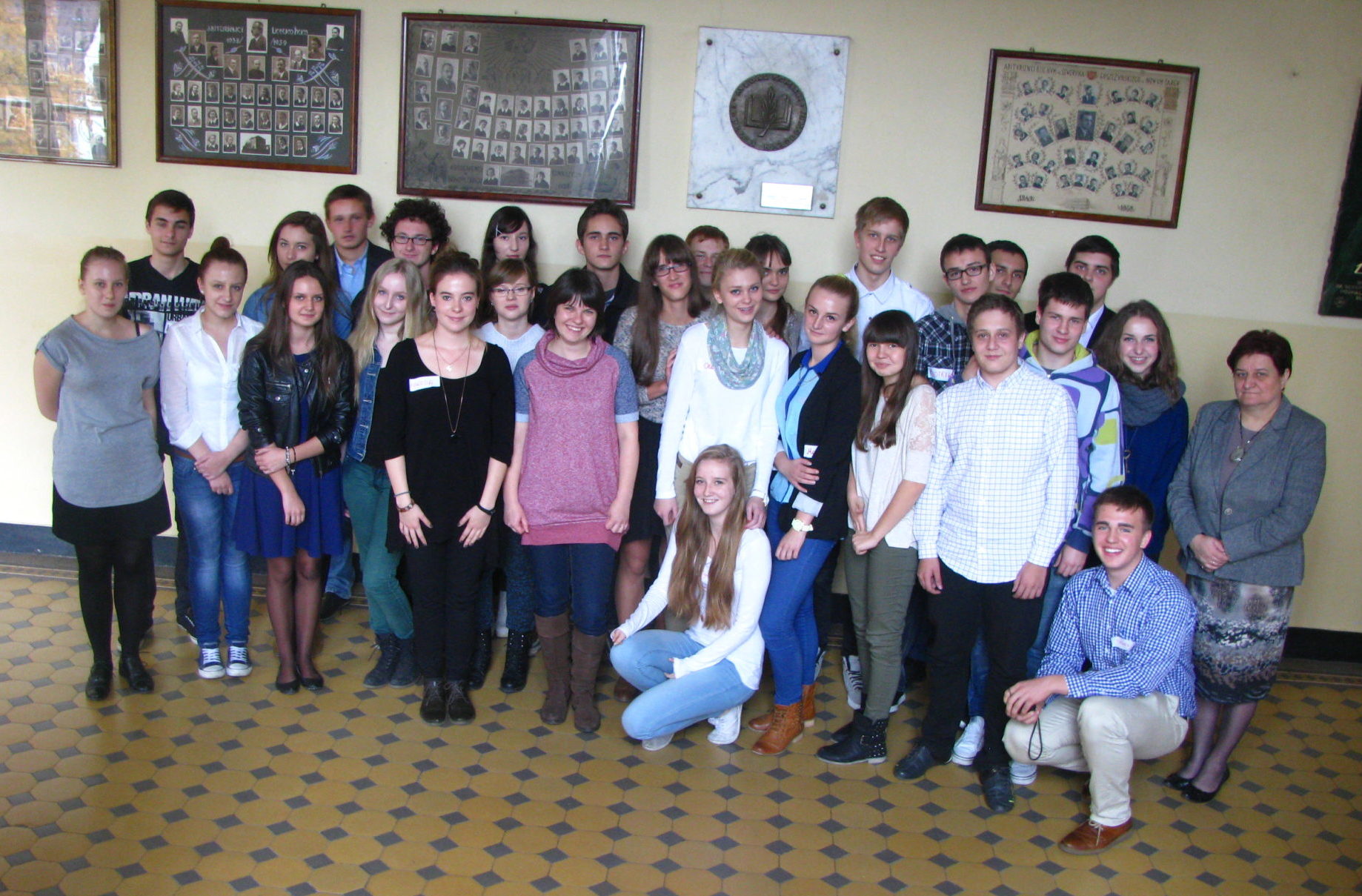 A meeting with Karolina Panz, a historian, gave them new insights about the Jewish community in their town. They were even able to consult lists of names of the Jewish inhabitants of Nowy Targ.

They invited their fellow students from a parallel class to the walking tour through Jewish Nowy Targ. The route included places closely associated with local Jewish history and culture. The walk began in the school building, where there are plaques commemorating the names of 215 students, professors and school employees who died during World War II – the list also includes several Jewish names. After that the participants of the tour passed Krasińskiego Street where the ghetto was located during the war. Nazis established it in May 1942 and forced Jews from neighboring towns to move there. The liquidation of the ghetto, where ca. 2500 people were crammed, took place on August 30, 1942. All the Jews were ordered to gather in the sports stadium by the railway station.

Some of them were sent to a forced labor camp, but most were taken to the extermination camp in Bełżec. The next stop of the high school students’ walking tour was the town square, where the synagogue building is located – now it houses the “Tatry” cinema. Those Jews from Nowy Targ who had survived the war, came back with the intention of reclaiming the synagogue, but to no avail. Those difficulties, as well as few instances of post-war pogroms led them to the decision to leave Poland.

The teenagers finished their tour on the very well preserved Jewish cemetery, where one can find a large number of extremely rare matzevot with Polish inscriptions.

The participants of the School of Dialogue project also ran a Facebook fanpage and prepared a guidebook for the walking tour through Jewish Nowy Targ, which is now available on the school’s website and in paper.

At first I regarded it as an opportunity to skip class, but I have to admit that later I became more and more involved in what we were talking about. I did not realize how closely my town was associated with the Jewish community and I saw places that I pass everyday in a completely different light. I am very happy to have participated in the workshops.

The workshop about Jewish culture changed my opinion about this nation. I hope that in the future more people will get to know and understand its history (…). The past cannot be changed, but we can try to do our best to build a new, better future.

In my opinion, this project gives us a great opportunity to gain knowledge about the multicultural aspect of Nowy Targ’s past. (…) I have learned one thing – it is important to respect others.