School of Dialogue at Kazimierz Wielki High School No 1

Olkusz is a charming little town with a small town square and fragments of the town walls remaining to this day. The name of the town itself is derived from the Phoenician “el kush”, or a man who mines, or a place of mining. Indeed, Olkusz is famous for its mining industry. It is said that Bolesław I the Great may have had silver coins minted from the metal mined locally. Less is spoken about the Jewish history of this town, even though the Jews’ presence in Olkusz was closely related to precious metals: it is them who traded the silver and lead that was mined here. The fortunes of Olkusz’s Jewish community were changing all the time: the authorities kept banishing and welcoming them back. When the metal deposits ran dry, they took to commerce, crafts, and production of alcohol. In 1921 40% of the town’s population was Jewish. During the interwar period Olkusz had a training centre for future settlers in Israel, with numerous Zionist organisations also operating in the area. At that time there were 10 cheders and a Beit Jaakow school for girls in the town. A part of the Jewish population managed to leave in 1939.

Those who remained were placed in a ghetto in 1941, and a year later they were transported to Auschwitz. Today, little trace can be found of the town’s Jewish heritage. The synagogue was destroyed by the Germans, and some Jewish graves can still be found only in two cemeteries in Olkusz. Some of the matzevot are ancient, covered by protruding inscriptions, which is an old form of sculpting them.

The students who participated in the School of Dialogue workshops mostly live in the towns surrounding Olkusz. These classes provided them with the opportunity to learn more about the history of Olkusz and the Jews who used to live there. Most of the information that they obtained during the meetings with the educators, Agata Jaworska and Weronika Romanik, and during their own research had been completely unknown to them. “I never thought that our town had so many monuments and places related to the life of the Jews,” said one of the girls participating in the program. 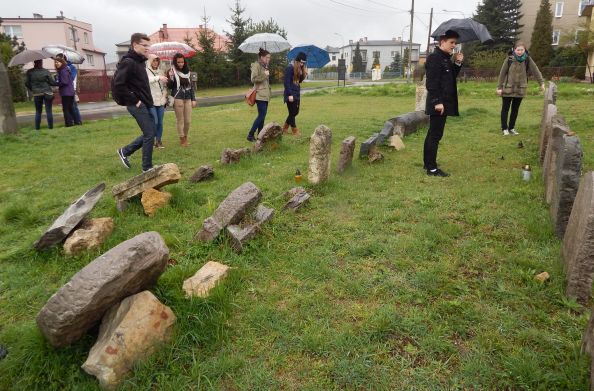 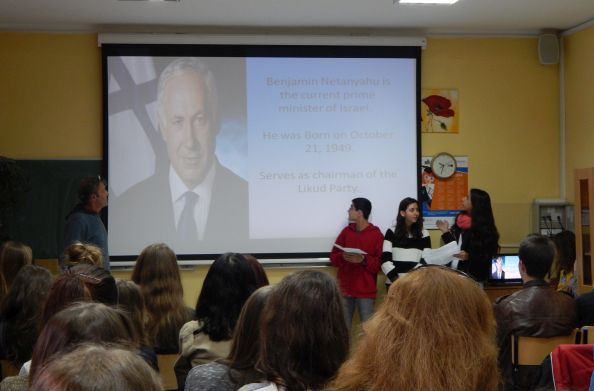 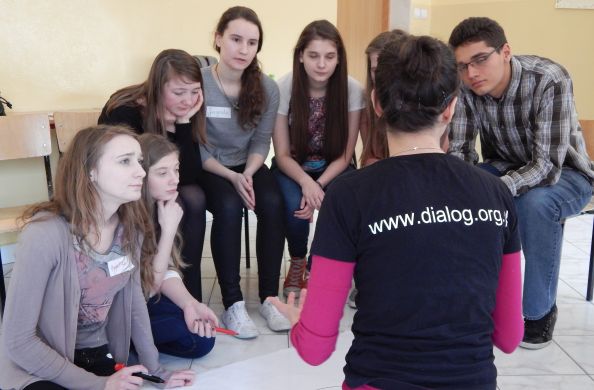 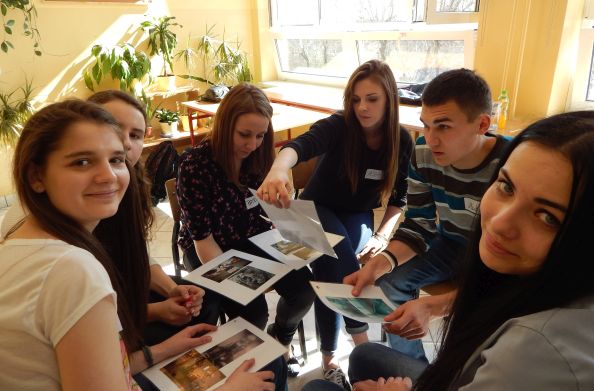 During one of the workshops the students had the chance to meet Mr Olgierd Dziechciarz, author of more than ten books about the history of the Olkusz region, and Mr Ireneusz Cieślik, theologian and co-author of the book entitled “Children of the Council Ask Questions”, team member of Laboratorium WIĘZI. Both gentlemen were honoured with the Father S. Musiał award for their contribution to commemorating the Jewish community of Olkusz. The meeting also provided opportunity to talk about the lives of the neighbouring towns’ inhabitants during the war.

The students’ final project, ending their adventure with the School of Dialogue, took the form of a location based game. The game’s recipients were the students of three junior high schools in Olkusz. At the beginning of the tour all participants were shown a short presentation about Jewish culture and the state of Israel. Then, they were divided into 6 teams.

Each group received a map of Olkusz and a list of tasks related to the individual spots along the route they had to follow. The itinerary featured: Augustynów Square in Kościuszki Street (where three Jews were tortured during the so-called Bloody Wednesday), a plaque commemorating the synagogue in Bożnicza Street, old Jewish cemetery in Kolorowa Street, new Jewish cemetery in Kantego Street, the place near the District Office where Jews were gathered prior to transporting them to Auschwitz, town cemetery in Kazimierza Wielkiego Street (monument to murdered Jews), and the railway station from which Jews were transported to Auschwitz.“Thanks to this project we managed to reach all those places and talk to people who showed us their history and the history of those who are dead, who had suffered so much, things we didn’t know,” says one of the girls in the film recorded by the students after they completed the tour “Following the footsteps of Olkusz Jews”.

I think those experiences have changed the way I think and expanded my outlook.

I think that meetings like this open us up to other people and encourage us to learn their culture and customs.

Past is important. Knowing the history of your town makes you a wise and responsible person.