As one of the girls from the Pruszków junior high school said, the School of Dialogue workshops were “the best school of self-reliance”. By researching the history of Jews of Pruszków on their own, the students learned many things about their town. The modern Pruszków started as a small village of Pruszkowo (the earliest record dates back to 1415 and says Proskowo) or Prószków. The town gained importance in the 19th century when the first station of the Warsaw-Vienna railway was built here. It is then that new inhabitants started to arrive to Pruszków, and with them a fairly large group of Jewish settlers. Before the war, Jews constituted about 6% of Pruszków population. They lived in the historic town centre: Kościuszki, Prusa, and Kraszewskiego Streets. Pruszków had a Jewish school, a wooden synagogue, a mikveh, and a cemetery. There were also Jewish clubs and various social organisations, and orthodox Jews formed a very strong and close-knit group.When the war broke out, the Germans created a ghetto in Pruszków. During the occupation, Jews were forced to work in Zakłady Napraw Taborów Kolejowych (rail rolling stock repair workshops) and in other factories.

After the ghetto was closed in 1941, its inhabitants were mostly sent to the ghetto in Warsaw. Most of the buildings in Pruszków were demolished or converted. The most important places that remain to this day are the Jewish cemetery and the floor of the mikveh, as well as several residential buildings and shops that used to be owned by Jewish families.

Students from the Pruszków junior high school were very eager to learn about the things discussed during the School of Dialogue workshops. They learned what mikveh, shambles, cheder are. They watched a film recorded in a pre-war shtetl, drew a map of a pre-war town, and met with Mr Grzegorz Zegadło, the director of the Public Library in Pruszków. After the workshops, they looked for the required information in archives and talked to older family members. During the workshops the students integrated greatly, learnt how to communicate, provide feedback, and build a project team. Eventually, they decided to organize a walking tour “Following the Footsteps of Jews of Pruszków”. 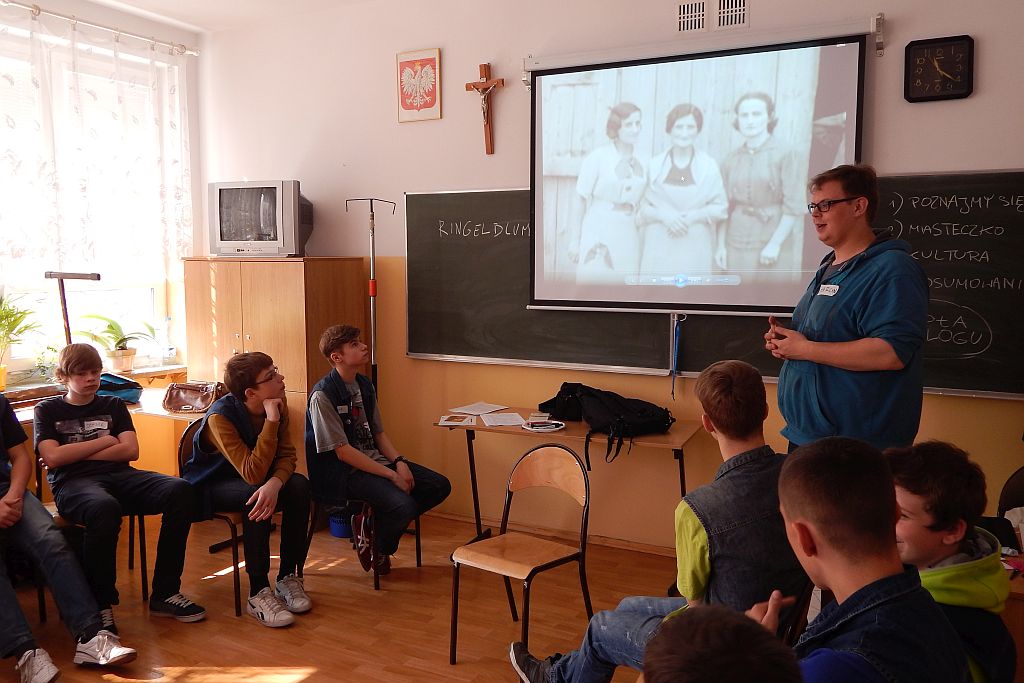 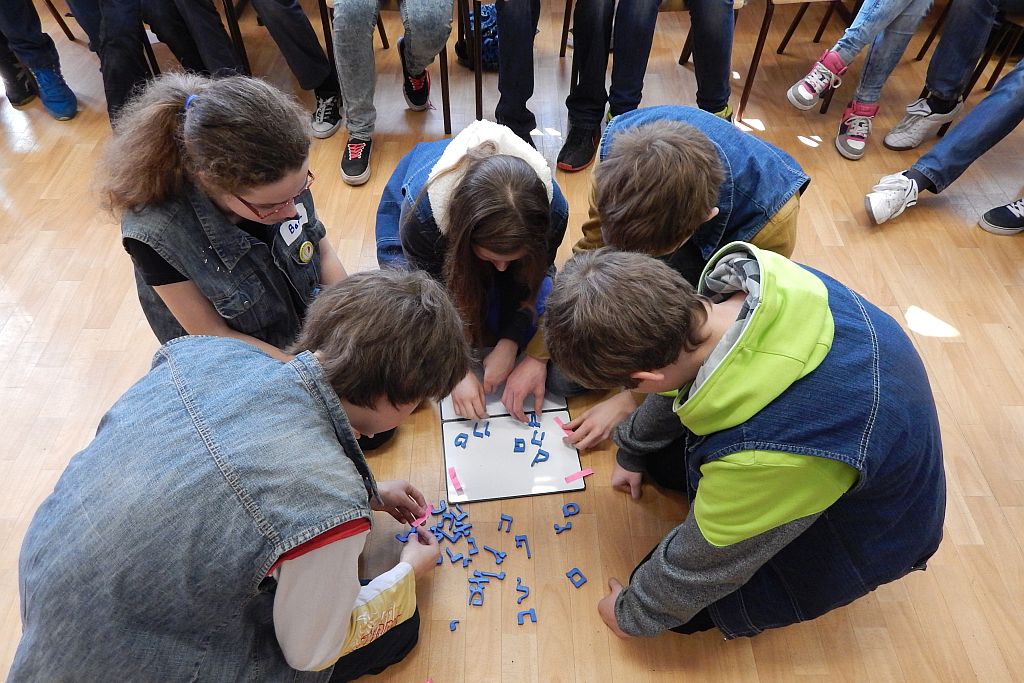 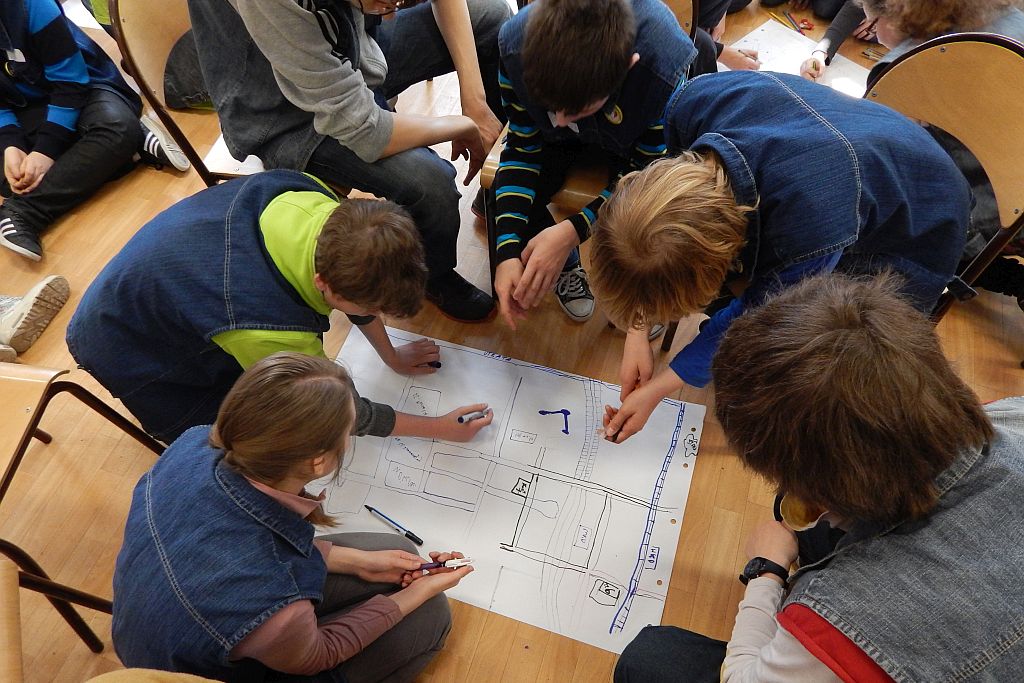 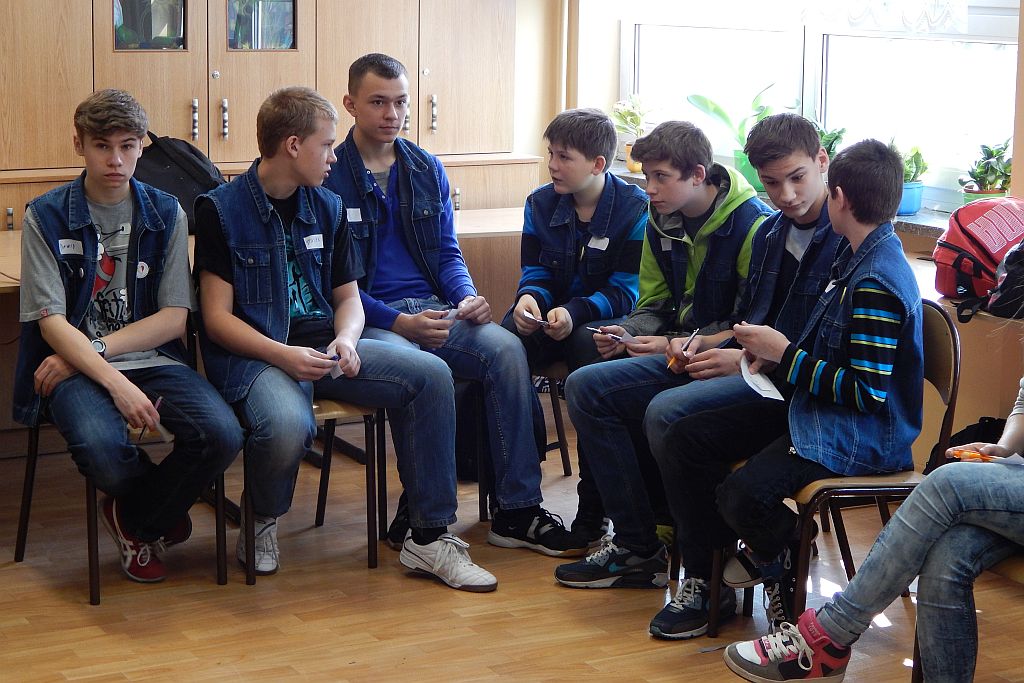 The students decided themselves, what stops there would be along the tour’s itinerary, and they also came up with multiple innovative elements of the walk, such as educational games, riddles or jigsaw puzzles. As part of the preparation for the walking tour, they cleaned the premises of the old mikveh. They also carried out a street poll among the older inhabitants of Pruszków, as well as comparative interviews with their peers (before and after the walking tour) to check their knowledge of Jewish culture and history.Their activities were recorded on photographs and in video, which were later made into a commemorative film.

Students of several junior high classes and their teachers participated in the two organised tours.The itinerary passed such places as the area of the former Jewish community buildings, the place where the synagogue and mikveh used to stand, the Jewish library and yeshiva, the headquarters of the German military police during the occupation (the so-called Stork House), the ghetto area, and the Jewish cemetery.

The students fluently and dynamically described the Jewish community of the pre-war Pruszków and the modern state of Israel. This information was completely new to most participants of the walk. Groups of students talked about the realities of Jewish schools and the principles of kosher cuisine, which was accompanied by sampling of traditional food: matzo and cake with dried fruit and nuts. The difficult subject of anti-Semitism existing since ancient times was also discussed, and while at the cemetery, the students talked about the symbols on the remaining matzevot.

The walk’s participants reacted strongly to the new information and they expressed interest in future undertakings of this type.“I would love to have another adventure like this,” said one of the girls participating in the walking tour.

Participating in the School of Dialogue was an incredible adventure. Not only did we learn about things that are of interest to us (after all it is the history of our town, and not medieval Constantinople), but we could also share them with others. We had to look for the information ourselves, which was very exciting and satisfying.

The strangest thing is that only recently I have realized how false and misleading stereotypes can be.

This is great, we meet new people, ask them questions, put forward our own initiatives.This is the best school of self-reliance.