Continuig School of Dialogue in 2014

One of the oldest Polish cities is Śrem in Greater Poland, where 30% of the local population was once Jewish. Jews were shop-owners, tailors, hat-makers and textile merchants. They prayed at a synagogue at present-day Piłsudskiego Street, while Jewish boys would attend a cheder at the present-day intersection of Młyńska and Szewska streets. The largest tenement house at the main square belonged to Simon Frideberger, while the well-known Metropol hotel was owned by a relative of rabbi Schreiber. The Friedmann family dealt in horse trading, while the mansion at Szkolna Street belonged to Mr. Karol Landman, the town’s wealthiest inhabitant. Beginning in the 1890s, waves of Jewish migration would only leave 26 Jews in Śrem by 1939 who were resettled by the Germans to the General Government.

In the course of School of Dialogue workshops, students were introduced to their town’s Jewish past; many were surprised to find traces of Jewish presence in sites they pass every day. They were fascinated by connections between local Jews and members of their own families. Ania, one of the workshop participants, had this to say: “I’m surprised by the knowledge I acquired. I did not know anything about any of these sites until now. I did not know about a synagogue at Piłsudskiego Street or the Jewish cemetery by the exit road. Learning about Jewish history was also superinteresting. Who were they, what did they do? This is how I learned that my grandfather used to do business with the wealthiest Jewish merchant in Śrem. If it wasn’t for these workshops, I probably would have never found out about this”. 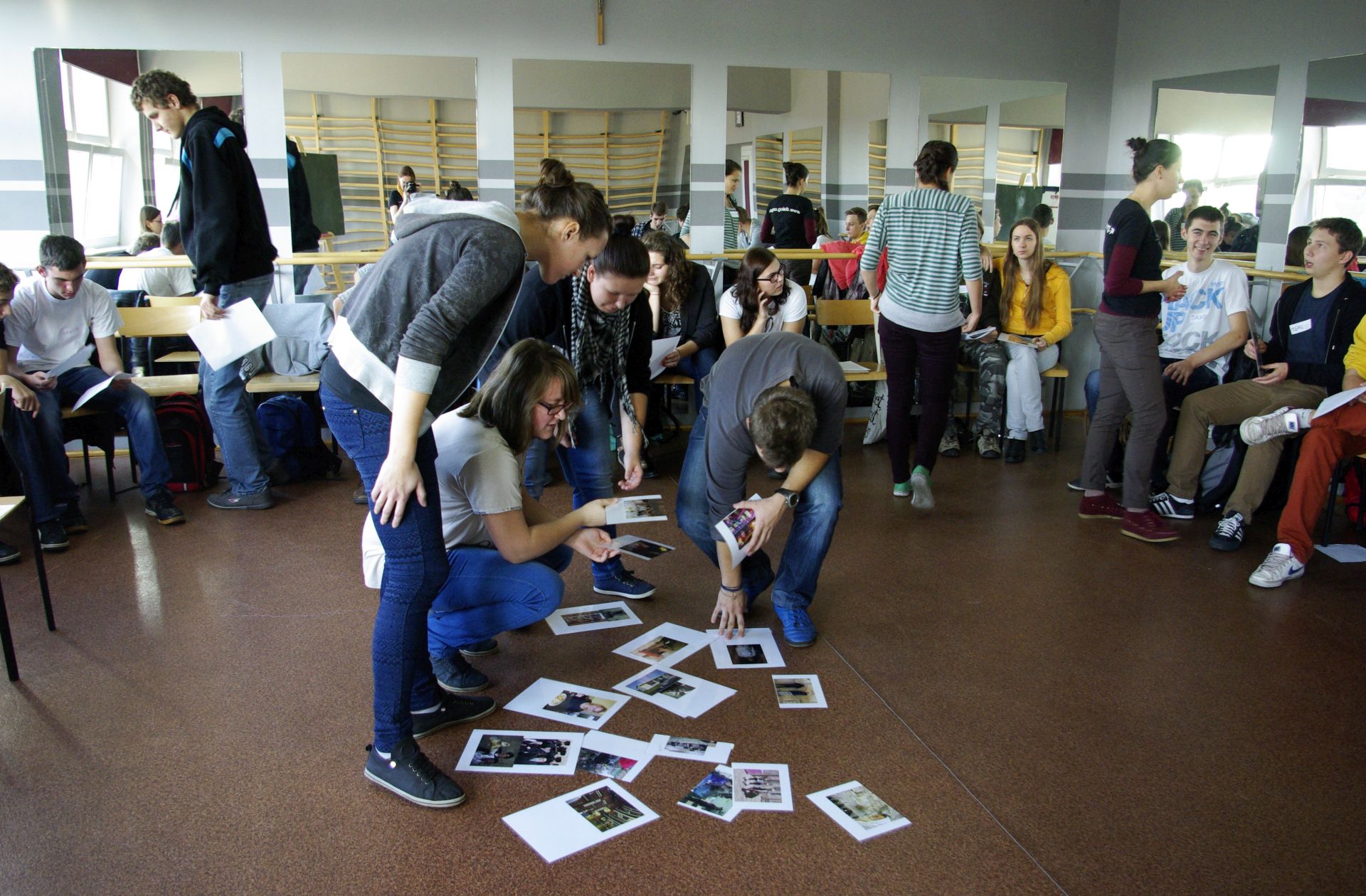 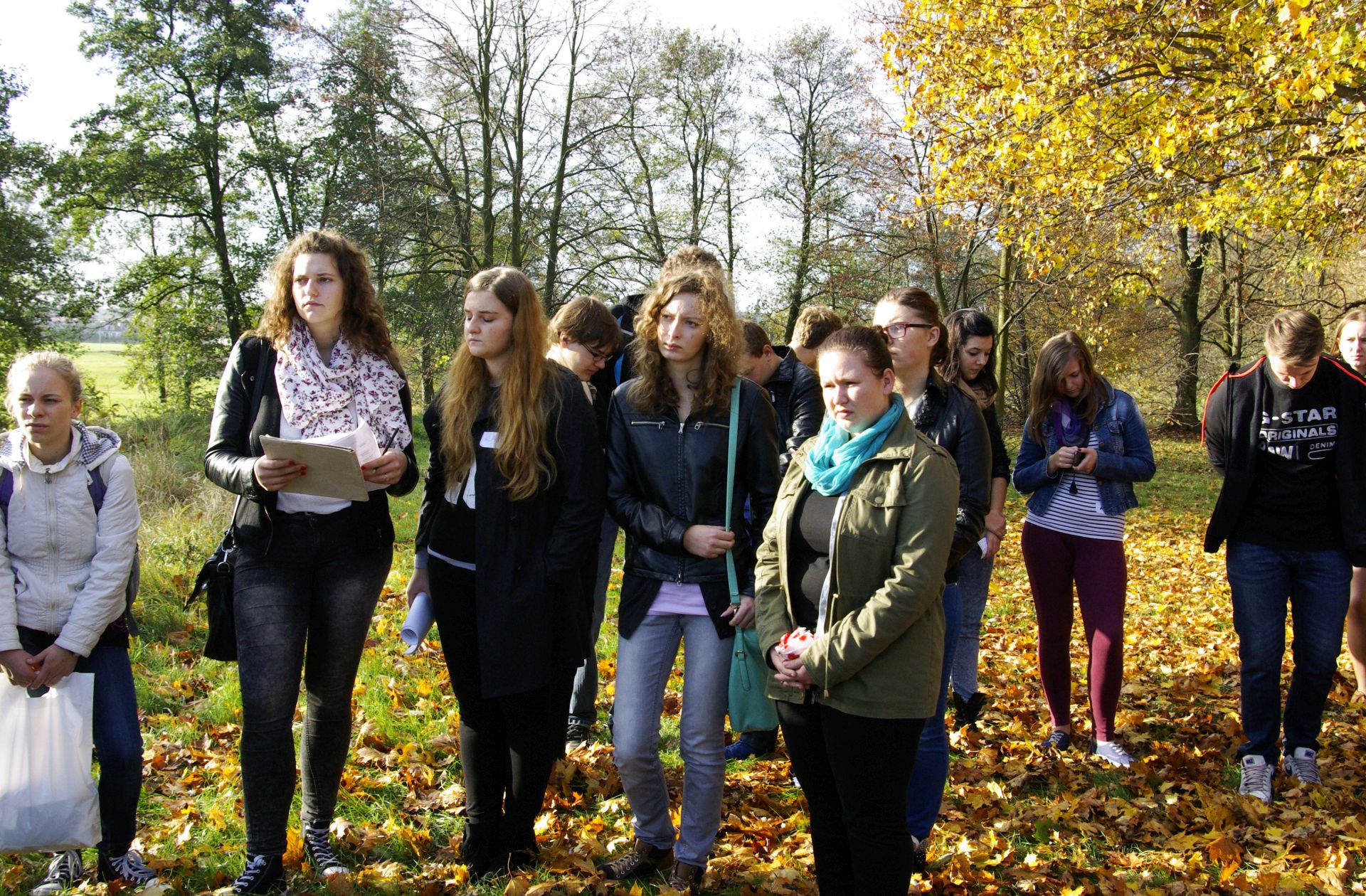 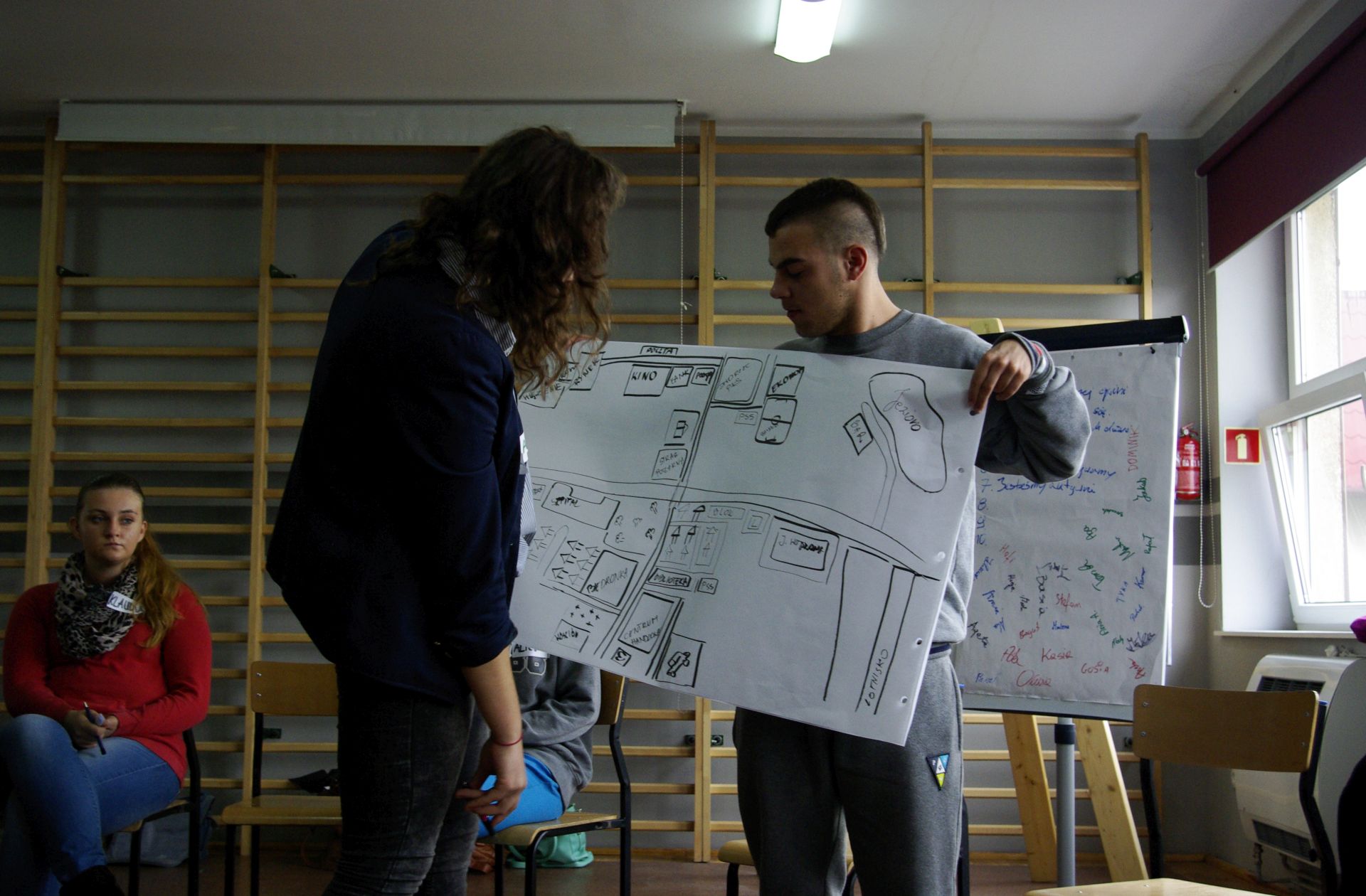 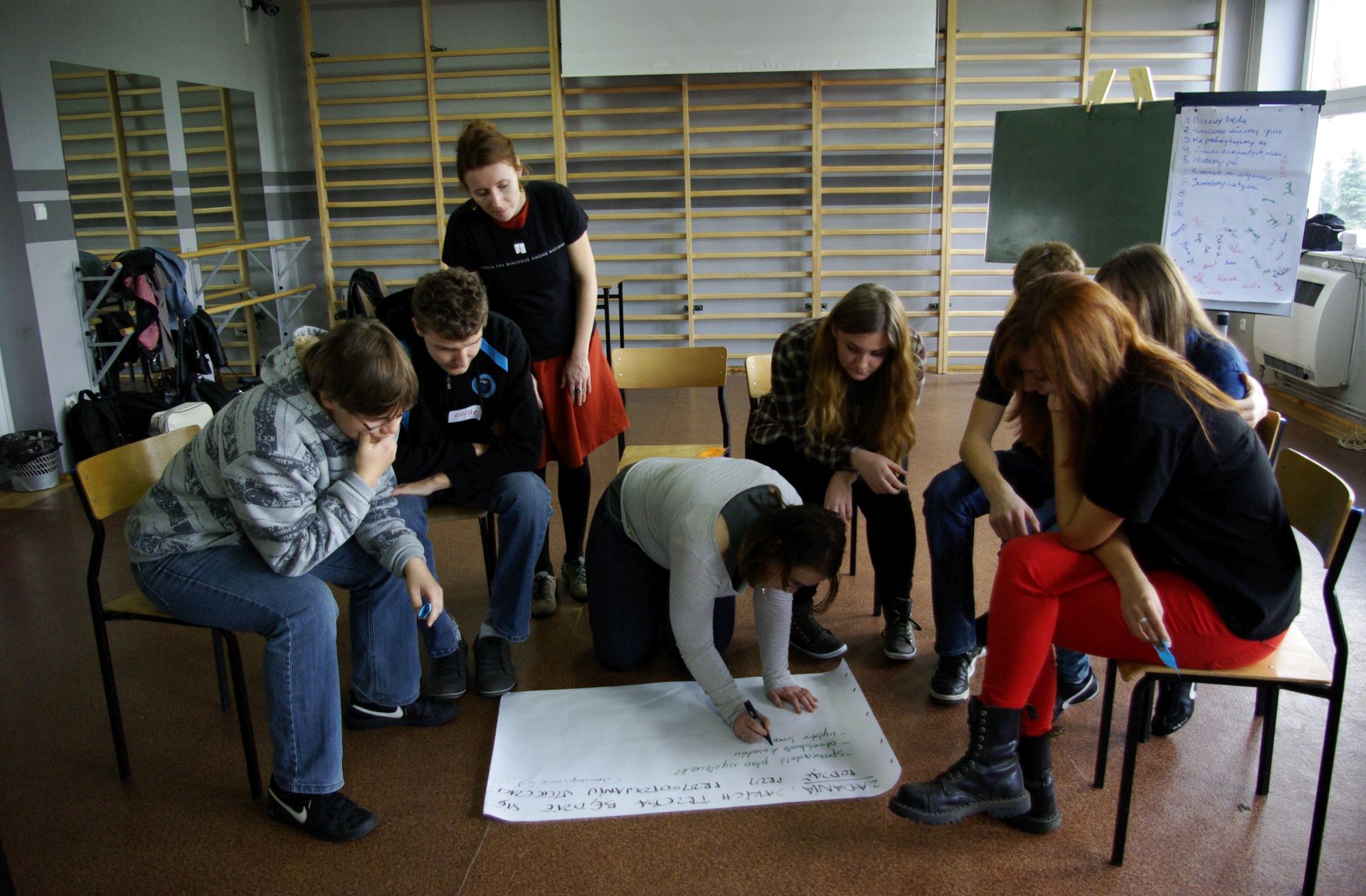 Fascinated by this new image of their town, the students wanted to share this knowledge with others. And so, they organized a walking tour of Jewish Śrem for a group of first year students.

In order to properly and independently prepare for the tour, students sought information about local Jews from a number of sources. They visited a regional museum to attend a lecture by Mr. Aleskander Śmigielski, who is an expert on local history. They met with Mr. Krzysztof Budzyń, writer for Śrem’s Historical Bulletin, who published memoirs of Mr. Herman Schreiber, a Śrem-born rabbi. They also attended a lecture “How to talk about it. Literature and the Holocaust” delivered by dr Bartłomiej Krupa. And finally, after all these preparations, on November 13 they led a walking tour called “Jewish Hillocks”. Tour participants were guided by rabbi Hermann Schreiber, whose memoirs led them to various stops on the route.

They thus headed to the Old Market Square, where most of the houses were once Jewish-owned and a market would take place every Saturday. They learned about the hustle and bustle of the site from rabbi Schreiber’s writings. Next, students headed to Friedmann family’s estate whose brick walls are probably not as impressive as they once were. The site of the former synagogue is now commemorated by just a plaque. The students had to make do with a photograph of the building and hearing about Tina, a Jewess who lived next to the synagogue, as the building was torn down in 1968 to make way for a bridge road.

Karol Landman’s and his wife Erna’s mansion at Szkolna Street has lost its glamour – today it is a small gray building with a three-window façade. On Sundays, carriages of local landowners who did business with Landman would pull up in front of the house. Students say: “it’s amazing that even though he was the richest man in town he lived in such a modest house!”

At each stop of the tour participants received one letter from the Yiddish alphabet. At the end, after deciphering, the letters added up to the word “kirkut” [Polish word for Jewish cemetery], the last stop on the tour. In front of the cemetery gates, tour participants were quizzed on the information from the tour with stones awarded as prizes. After fierce competition, students placed stones under a plaque commemorating Śrem’s Jewish inhabitants. The meeting ended with words of thanks to all participants. Bob Dylan’s song “Blowing in the Wind” was played and Antoni Słonimiski’s poem “Elegy for the Little Jewish Towns” was read.

I’m surprised by the knowledge I acquired. I did not know anything about any of these sites until now. I did not know about a synagogue at Piłsudskiego Street or the Jewish cemetery by the exit road.

Learning about Jewish history was also superinteresting. Who were they, what did they do? This is how I learned that my grandfather used to do business with the wealthiest Jewish merchant in Śrem. If it wasn’t for these workshops, I probably would have never found out about this.

We worked hard together with other students to gain a little bit of insight into [Jewish] culture. I was sometimes horrified at how little I know about my hometown, even though I was born and raised and still live here. Now I know that it’s the places I considered worthless are those with the most fascinating past.

It is my hope that someone will one day appreciate our work and understand – just like we had – the history of the Jewish nation.

School of Dialogue program in Śrem was made possible by the support from SHEILA and DAVID FUENTE.