School of Dialogue at Stanisław Staszic Junior High School in School Complex No. 2

According to some researchers, the first sources to mention Jews living in Szamotuły date back to the 12th century, which would suggest that the local community was one of the oldest in Poland, alongside those from Wrocław, Kraków, Przemyśl, and Kalisz. Nonetheless, it was not until the 19th century that the Jewish population of Szamotuły started to quickly grow and develop. Towards the end of the century, Jews constituted 1/3 of the town’s entire population. The synagogue in Szamotuły used to be located at the former Szeroka Street. The Jewish quarter was situated in its vicinity and encompassed Piekarska Street, Wodna Street and a part of Wroniecka Street. Nowadays the only preserved trace of the local Jewish community is the former funeral house. Thanks to the involvement of the Regional Museum, the pieces of preserved matzevot were gathered in the form of a lapidary. The Jewish cemetery itself was destroyed during World War II and a several buildings were erected on the site, including the boarding house of the Stanisław Staszic School Complex No. 2. A group of students attending this school took part in the 2017 edition of the School of Dialogue.

After an inspiring workshop hosted by the Forum for Dialogue, the students started to work on a complex and diverse project commemorating the Jewish population of Szamotuły.

In cooperation with the local historical museum, the students opened an extensive exhibition in their school, which featured previously unseen Judaica discovered during the project work. When preparing a thematic walking tour, the students also set out an educational route consisting of a detailed presentation and a map of sites connected to the Jewish community of Szamotuły – the materials, put together in neat folders, were given out to people attending the exhibition. Moreover, the pupils organised a competition for a scale model of the synagogue and even went as far as to send an official petition to the local government, asking to place information boards at the site of the former synagogue and the Jewish cemetery in Szamotuły. 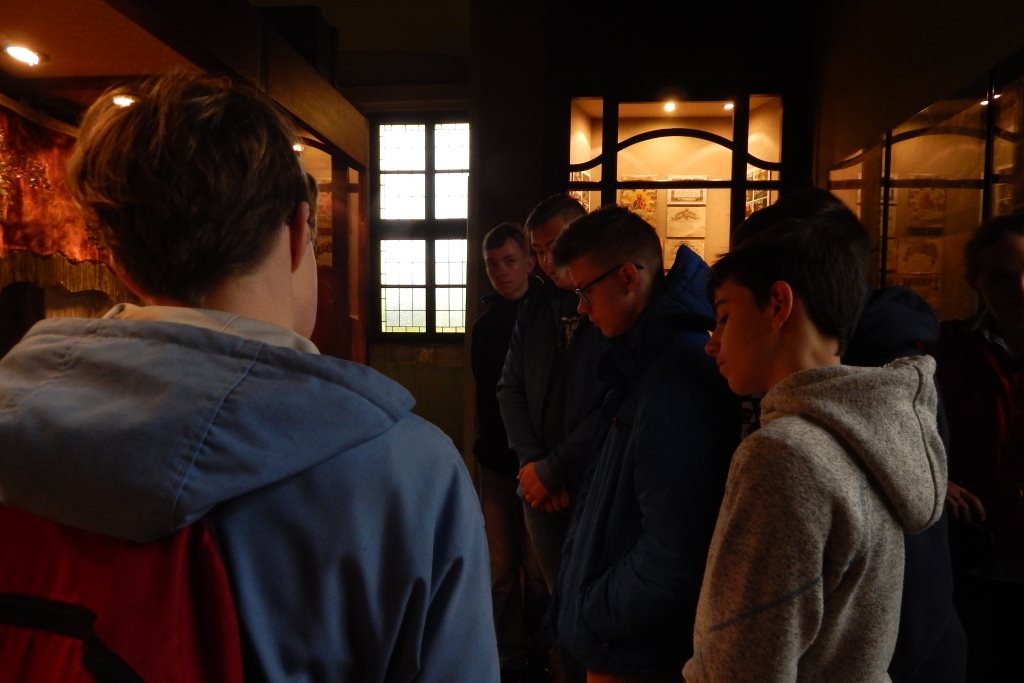 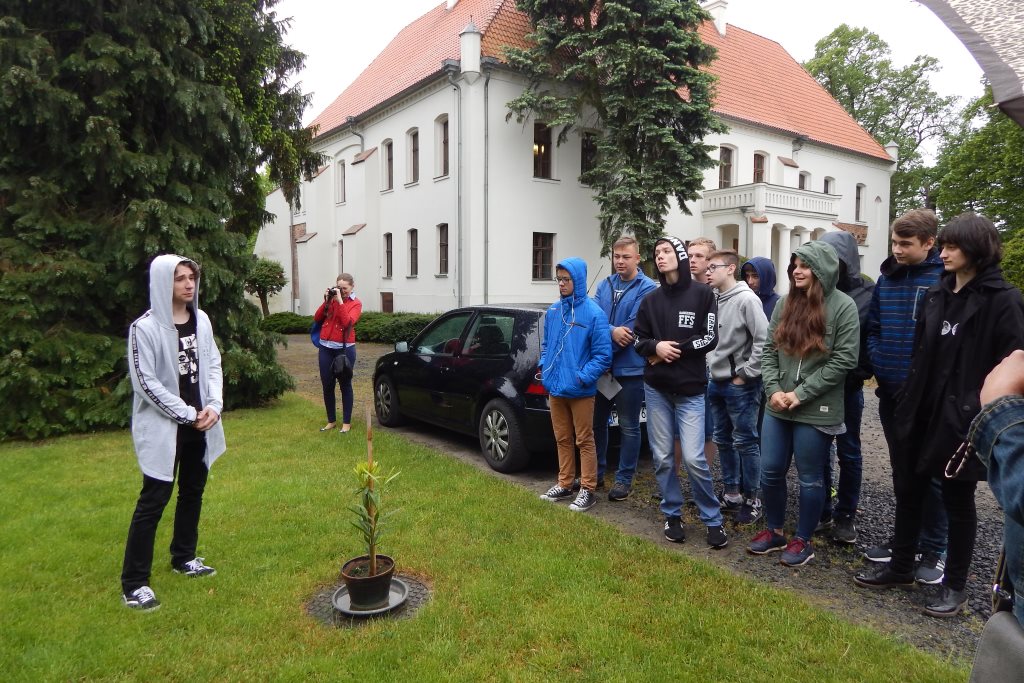 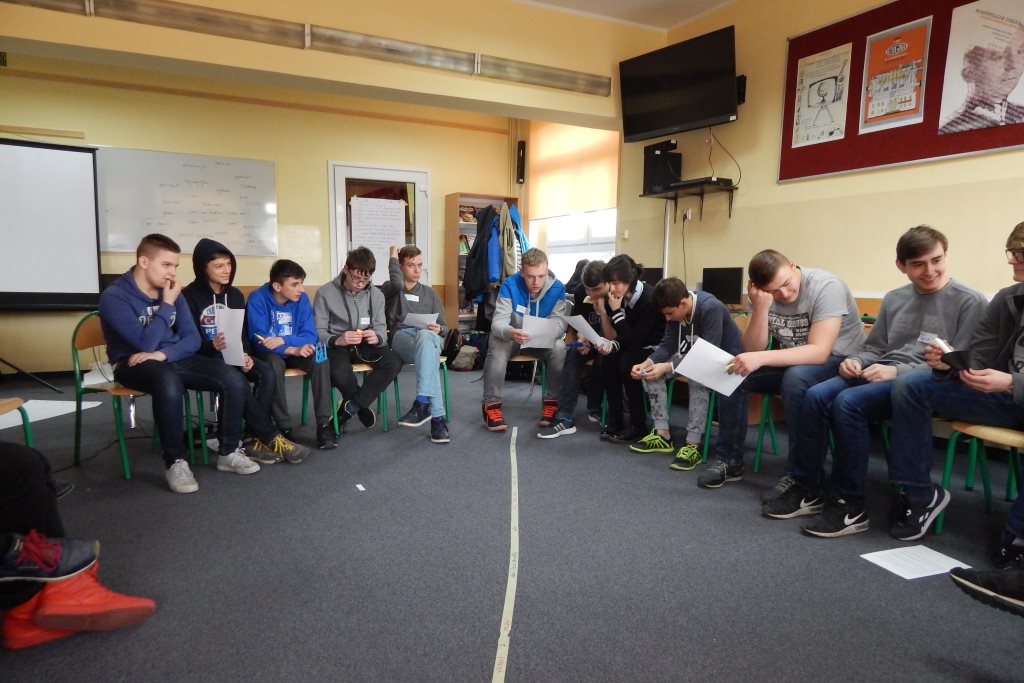 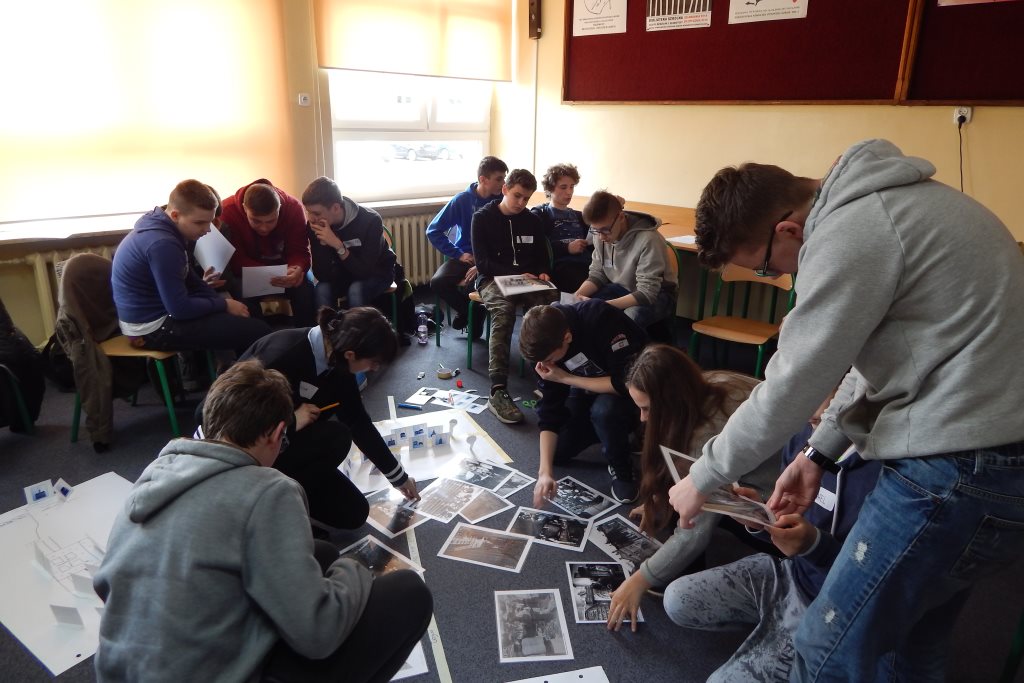 The participants of the School of Dialogue also organised two walking tours under the title “Following the Traces of Szamotuły Jews”: one was dedicated for the local government and official bodies dealing with local education and culture, while the other was open for all inhabitants of the town, as well as for parents and teachers. The walking tour was designed in a way that would allow for presenting as much information on the history of Szamotuły Jews as possible. The students’ principal point of reference were various buildings and architectural sites, which they used to create a general vision of the life of Jews in Szamotuły: from Jewish customs and religious rites down to their economic activity.

The students from Szamotuły took their work outside of the school and got pupils from other facilities involved in the project by taking them on tours following the traces of Szamotuły Jews. Girls taking part in the project visited selected classes and read excerpts from Jewish literature, screened the film Cud purymowy (“The Purim Miracle”) to pupils and engaged them in discussions on anti-Semitism.

The extensive body of materials collected for the purposes of the project was published in the form of a public website, which made it possible for everyone to take part in discovering the local Jewish history. Moreover, once the workshop was concluded, the students invited the Chief Rabbi of Poland, Michael Schudrich, to visit their school and see the outcome of their work. It was the first visit of that kind in Szamotuły and it proved to be a great opportunity to talk face to face.

The activities of the students made a great impression on the inhabitants of the town. The events they organised were attended by roughly 300 people! If the petition to place information boards commemorating the pre-war Jewish community is accepted by the local government, the students’ efforts will leave a permanent mark on the local landscape.