The beginning of Jewish history in Zamość coincides with the town’s establishment. In the 16th century Jan Zamoyski invited Sephardic Jews to settle in Zamość. They were mostly merchants dealing in diamonds, textiles and oriental spices, as well as in arts and crafts. Zamoyski hoped that Jewish settlement would become an additional source of his income. The Sephardic “Kahal” was the first of its kind in Poland. In the 17th century, Ashkenazi Jews started to settle in Zamość and soon became the majority of the town’s Jewish residents. In the 18th century, the “Kahal” in Zamość was among the largest in Poland. The town was also one of the main centers for Haskalah – Jewish enlightenment – in the Polish kingdom.

Right before the outbreak of World War II, Zamość was home to 12000 Jews. In October 1939, Germans created a Judenrat in the town, and in the spring of 1941 a ghetto was established in Zamość. Between April and September, 4000 people were deported to Bełżec extermination camp. In October 1942, 500 people were executed and the remaining 4000 were also deported to Bełżec. To this day, the town is filled with signs of Jewish presence: two synagogues, two batei midrash and a mikveh still stand. The synagogue at Zamenhofa Street (which used to be known as the Jewish Street, or “Żydowska” Street), was renovated by the Foundation for the Preservation of Jewish Heritage in Poland. In 2014, Jake Wisnik’s bar mitzvah was organized in this synagogue. 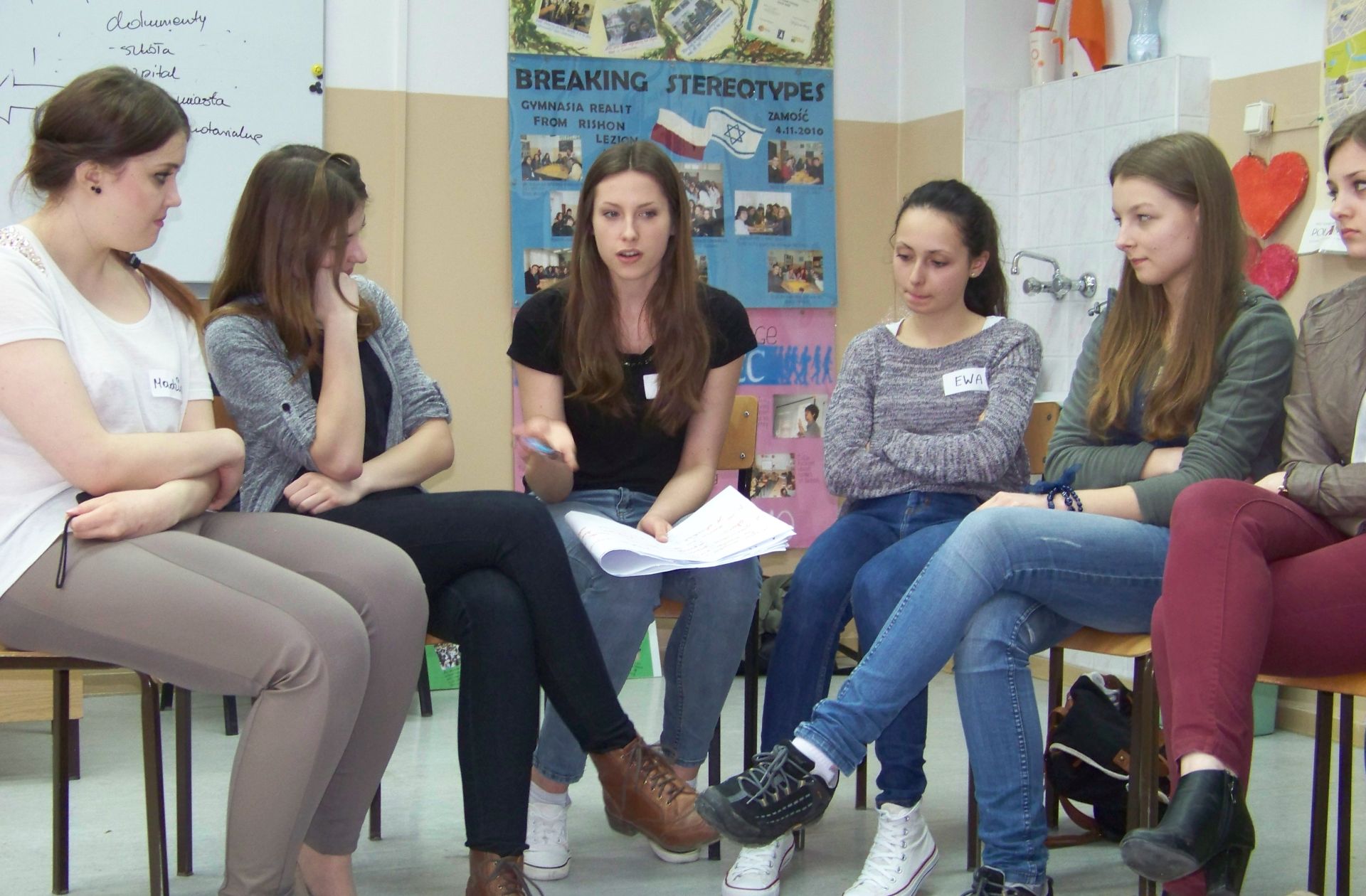 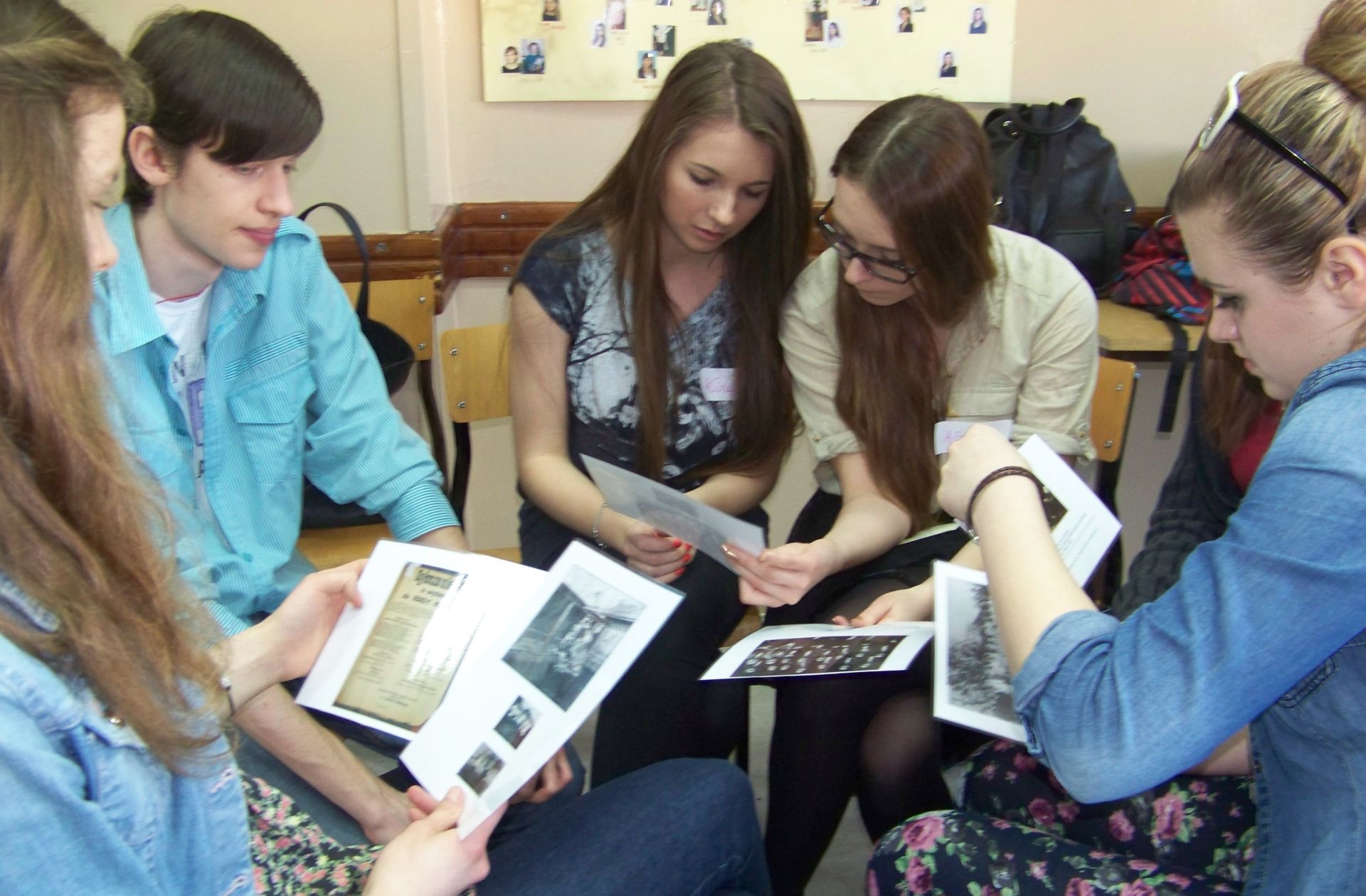 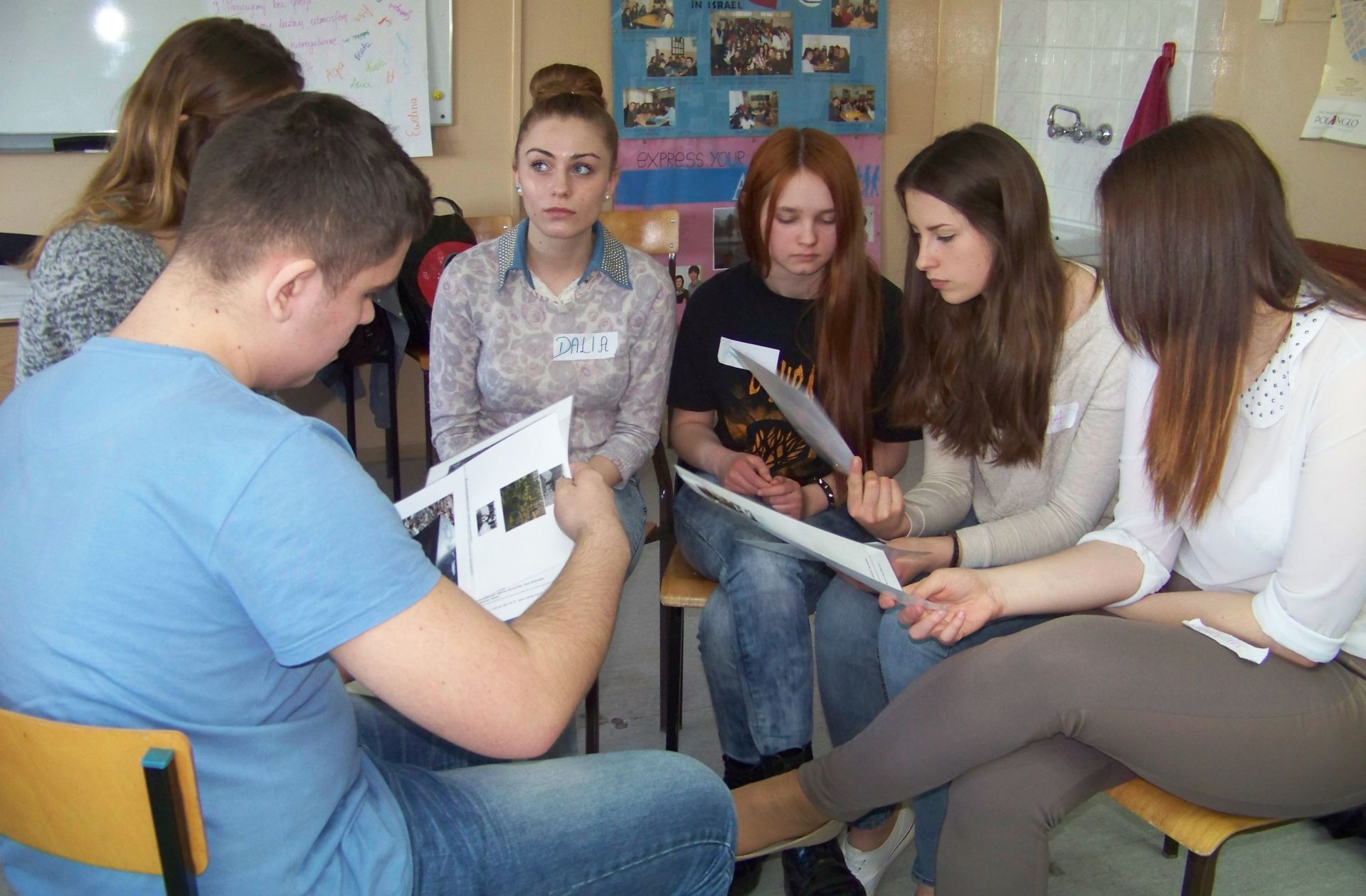 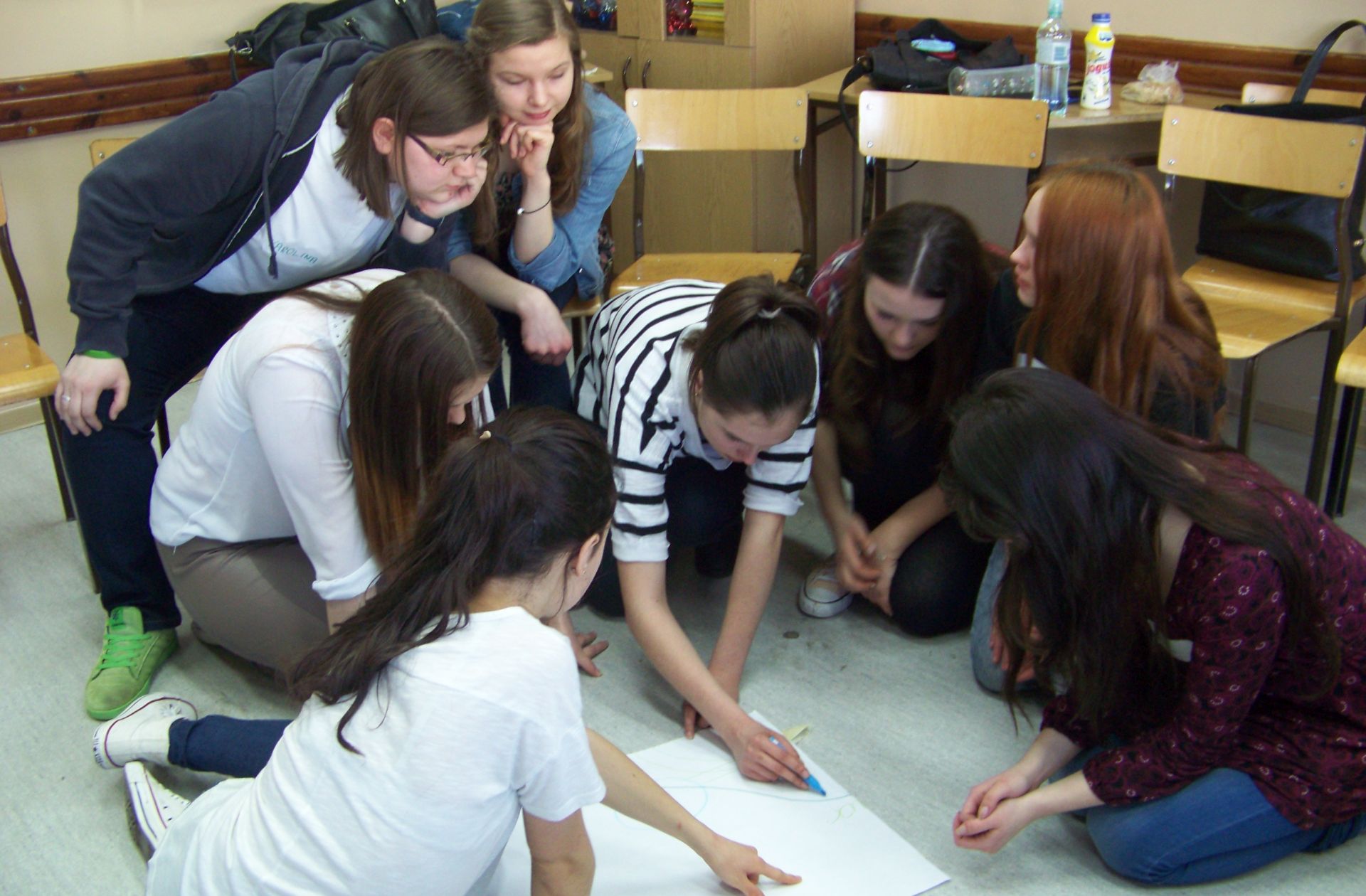 School od Dialogue workshops in Zamość were filled with moving experiences. During preparatory work for their independent project to commemorate the Jewish community of Zamość, students managed to interview one of the town’s oldest residents. Ms. Kotowska told them about her prewar life in Zamość. Participation in the project encouraged students to reflect on Polish/Jewish relations as well as on what it is to be responsible for history and memory. Students decided to organize a city game “Following Jews of Zamość” as well as to record an audioguide through Jewish Zamość. Stops on the tour included the synagogue, the two batei midrash (at pl. Stefanidesa and the second one at Pereca street), shelter for  elderly and handicapped, kosher butcher, Kahal and mikveh buildings, and Nadszaniec forced labor camp.

Students were very happy with the reaction of the local Tourist Information to the guide they themselves prepared after the tour and translated into English and German.

However, the biggest emotions awaited students in July, right after the school year ended. School of Dialogue participants were all invited to a very special event – the first post-war bar mitzvah held in a Zamość synagogue. On July 3rd, 13-year-old Jake Wisnik read from the Torah for the first time in an official ceremony. “I wanted to come back to Poland and have my bar mitzvah here to prove that Jews are a continuous presence in Poland and many Poles greet them with open arms”, Jake explained.

I learned that to judge you should first see something for yourself and try to make sense of it. It’s worth giving others a listen, but ultimately we have the final say.

Thanks to this project, I will be more tolerant and I will do more to commemorate our history.

I thinks such projects bring people together, teach them how to work with other people, which is not as easy as it may seem.

The casual and informal style in which the workshops were led was definitely one of the pros. I did not feel any pressure that my answer would be wrong, so I did not panic when answering questions.

It’s a shame to admit, but I used to find Jewish jokes funny. Now I know this was stupid and pointless.