School of Dialogue in Złoty Stok and Paczków

“It would be so wonderful to go there one day and discover that the Jewish cemetery in Paczków is fenced and cleaned. And that the history of the house, which stands at the market square in Złoty Stok, was discovered and commemorated”, the Forum educators said after the School of Dialogue workshops in Paczków and Złoty Stok. At the same time, the students wrote in their project report: “The mayor of Paczków got interested in our project and made the decision to finally take care of the old cemetery. He said that the first thing to do is to put a fence around this area. We will take the Mayor at his word.”

The above-mentioned cemetery was set up in the 19th century, destroyed by the Nazis, plundered after the war. It is the only trace of centuries-long Jewish presence in Paczków, a beautiful town, called Polish Carcassonne because of the very well preserved medieval defensive walls and historical buildings.

The first Jewish community existed in Paczków at the turn of the 13th and 14th century. In 1349 the Jewish population was subject to pogrom as a result of accusations of the Black Death epidemic and famine. Only a few Jewish families survived the pogrom, and a house of prayer. The rebirth of Jewish life took place in the 15th century when the Jews from Paczków received commercial rights. It was then that the Jewish Street was created. However soon after, in 1559, the Czech prince issued the „De non tolerandis Judaeis” law in order to expel Jews from Paczków. Yet the Jewish community returned to Paczków under the rule of the Prussian Kingdom, at the end of the 18th century. In the middle of the 19th century, there were 300 Jews living in the town, 9% of the total population. During the World War 2, the marches of death were organized in Paczków, and most of the Jews were executed by the Nazis in the nearby forests. 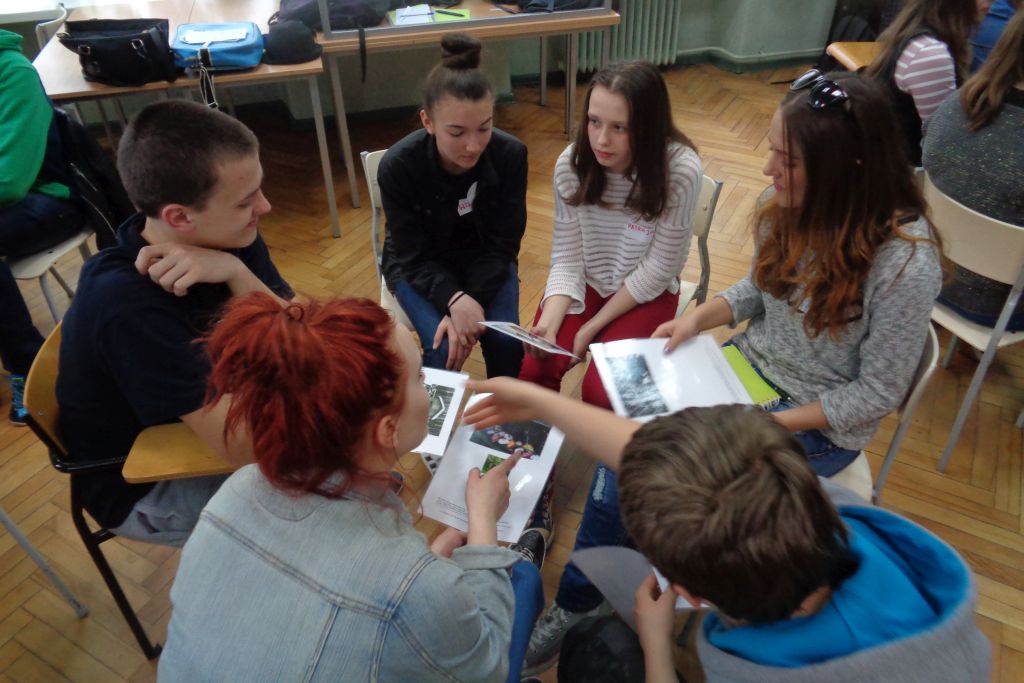 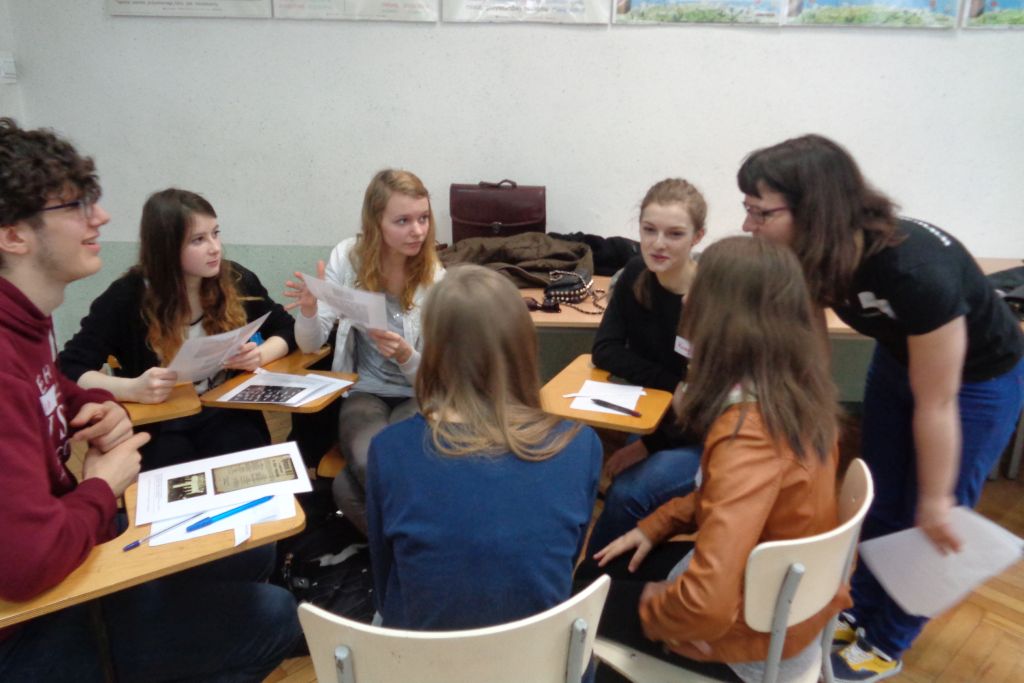 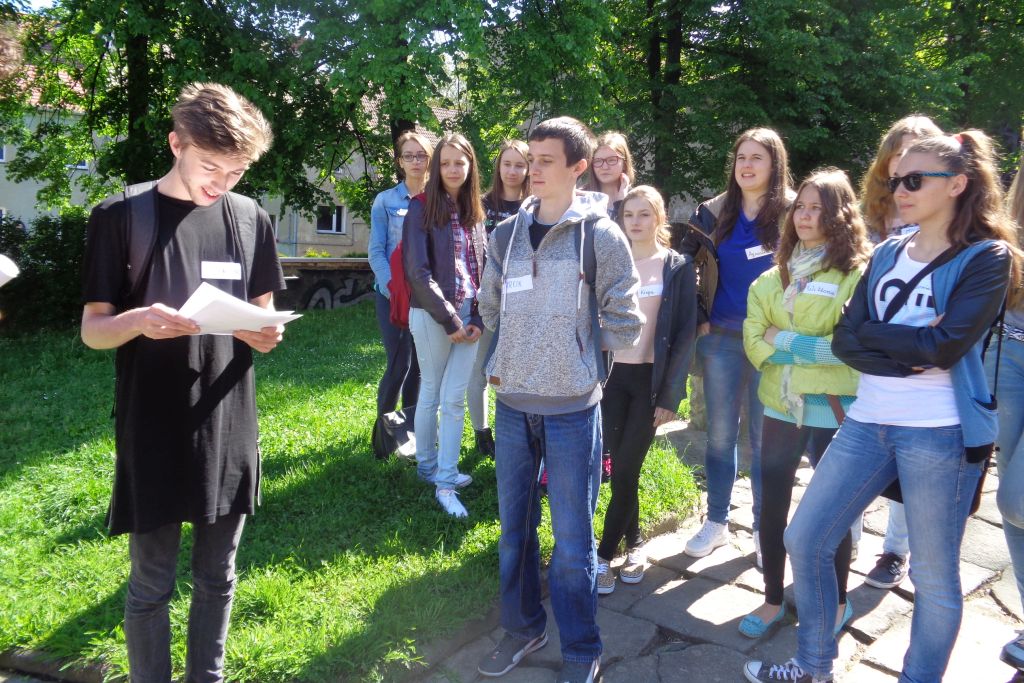 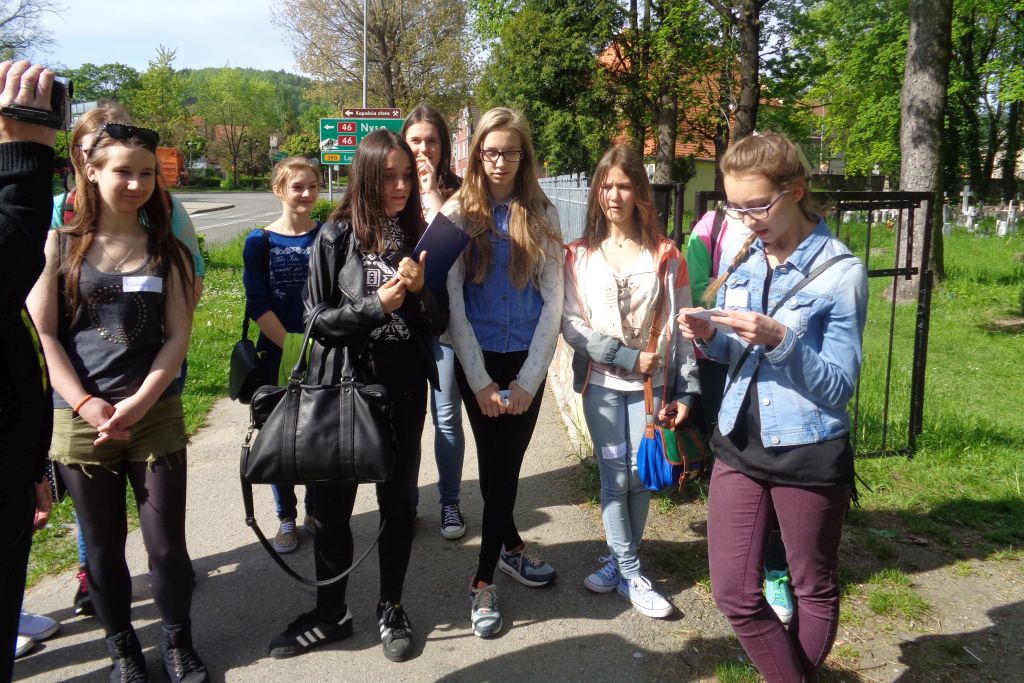 For the first time in the history of the School of Dialogue program, the project group was constituted of students coming from two neighboring towns, i.e Paczków and Złoty Stok, the mining and smelting medieval town, known for its gold and arsenic mines. There were many challenges that the educators, Dorota Cieślik and Małgorzata Nowicka, and students had to undertake. The first one was logistical – the students were from different schools and towns. But it was also difficult to find tangible traces of the multicultural coexistence of the Polish and Jewish communities in Paczków and Złoty Stok. Such coexistence did exist and the students participating in the School of Dialogue program chose it as the central theme of their project. Despite the distance separating the towns, the students all together tried to dig up to forgotten information about their towns and their residents.

The task became easier thanks to all the knowledge they acquired during the workshops, concerning the everyday life, traditions, religious customs of the Jewish residents of the Polish towns. A meeting with Ewa Pazdioara, a representative of the Chamber of Memory from Ząbkowice Śląskie, was an interesting history lesson for the students. She showed them original objects of historical value in order to familiarize them to the Jewish religion and customs. The modern explorers used all they had learned to create a memorable walking tour in order to rediscover old Paczków.
The walking tour included the ruins of the Jewish cemetery, the streets of the Old Town, where the Jewish families once lived, the route taken by the victims during the March of Death, as well as the square at Wojska Polskiego Street where the synagogue used to stand. The students took a lot of photographs during the walking tour, and made a film about their project.

I had no idea that in my area there are that many places connected to the Jewish community. In the future I would like to meet modern Jews who could tell me more about their culture and religion.

Thanks to these workshops I have realized that so many stereotypes about Jews are just not true. I learned about their culture that is why it is much easier for me to understand them. I now have a different opinion about them.

The program showed us how the simple tools can be used to unite young people and learn about tolerance and mutual respect and more. It is a great idea to foster dialogue among generations and inspire to explore.