My adventure with Jewish culture began in 1981, when we moved into a residential building next to Dębica’s Jewish cemetery. At the time I had no idea who Jews were, I knew nothing about Jewish culture or fate in the context of the local and Polish history. The nearby unfenced and neglected Jewish cemetery did not even function as a cemetery in my mind, as no one treated the site like they would a cemetery. The local authorities also remained indifferent. Neighbors acted as if these were just ordinary stones you find on a meadow. I myself used to play football on this “meadow”. But through observation how the site gets devastated on a daily basis I finally realized this is not fair, especially since every once in a while the cemetery would be visited by foreigners. Some of them wore black coats and had long beards. I felt ashamed that living next to a cemetery, I was not doing anything to improve its current state. This ghastly view from the window encouraged me to study the history and culture of Polish Jews. I started reading books by Franz Kafka and Isaac Bashevis Singer. I spotted the album “Polish Jewry. History and Culture” (Warsaw, 1982) in the window display of a local bookshop, which not only presented color photographs of objects of Jewish religious worship and reproductions of various artworks, but also texts by Marian Fuks, Zygmunt Hoffman, Maurycy Horn and Jerzy Tomaszewski.

“Literatura na Świecie” journal of literature published a few volumes devoted to Jewish poetry and prose as well as the first postwar translation of Pirkei Avot (“Chapters of the Fathers”). I read books by Julian Stryjkowski: “Austeria” and “Voices in the Dark” . Soon I saw Jerzy Kawalerowicz’s film adaptation of “Austeria”. I watched the series “Hotel Polanów and Its Guests” (Hotel Polanów i jego goście) that ran on Polish public television. Polish Radio 2 broadcast a series of shows by the Religious Union of the Mosaic Faith in the Polish People’s Republic on the occasions of Yom Kippur and Rosh Hashana holidays, which presented Jewish religious rituals, but also the beauty of Estrongo Nachama’s vocal talents as cantor. I was greatly impressed by Jewish music compositions by Maurice Ravel, Max Bruch, Arnold Schönberg, Federico Mompou and Simon Laks, whose “Elegy of Jewish Towns” was imprinted in my memory forever. One day I met Izrael Goldberg (1909-1991) at Dębica’s Jewish cemetery, the last Jewish resident who stayed in the town after the war. We quickly became friends. I would visit him both on weekdays and during Shabbat. I loved listening to his stories of prewar Jewish life in our town. We would also listen to Jewish music from vinyl records. I taped one of our conversations. What I did in subsequent years and what I continue doing stems from those first impressions.

What started in the 1980s as a personal reaction to seeing a devastated Jewish cemetery has morphed over the years into deep involvement in matters pertinent to Polish-Jewish dialogue and a consistent pursuit of interest in the culture of Polish Jews. Arthur Rimbaud famously stated “Je est un autre”. It seems to me that the culture of Polish Jews that developed in this land allowed me to see myself in it as if in a mirror and helped me better understand who I am and what my culture is like. I cannot imagine accepting the concept of the so-called national (mono)culture without including the wealth of multiculturalism that is inscribed into the history of Poland and my region. I am now teaching my children and other Dębica residents I work with to look at culture through this unique lens. A number of times I would have doubts, as the meaning of my local activism does not always rely on my actions only, but rather on whether or not I will manage to garner enough interest in my community. However, I was always fortunate to meet new people who helped set things in motion. In the early years, between 1983 and 1991, my actions focused on saving the Jewish cemetery in Dębica.

To this end I worked together with Dębica’s last surviving Jewish resident Izrael Goldberg (may he rest in peace). Finally, in 1996 with the help of the Nissenbaum Family foundation, the area of the cemetery was cleaned up and encircled with a fence. In 2004 I began working with JewishGen to translate into Polish selected chapters from Sefer Dembitz Yizkorbuch. My translations were published at JewishGen: Księga Dębicy. In 2014 I finished translating the whole book into Polish and published with the title “Księga Dębicy. Kolebka naszej młodości – wspomnienia żydowskich mieszkańców Dębicy” (Book of Dębica. The Cradle of Our Youth – Memories of Dębica’s Jewish Residents). Since 2007, I have been working Irgun Yotsey Debica be-Yisrael (Association of Dembitzers in Israel) to renovate the Nowomiejska (New Town) synagogue and adapt it for cultural purposes. In my eyes, my biggest accomplishment is publishing “Book of Dębica” and making personal contacts with descendants of Dębica’s Jews. I am sure that with such solid foundations we will be able to implement our plans to the benefit of the whole local community. 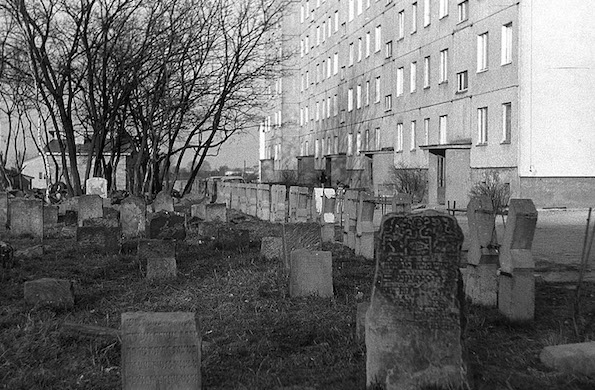 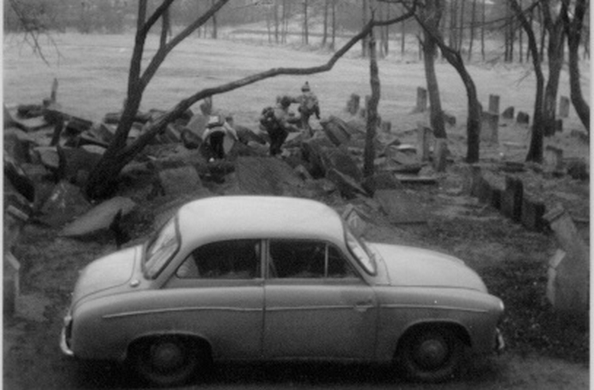 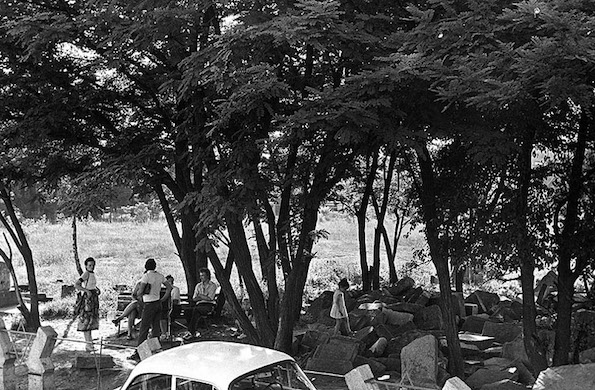 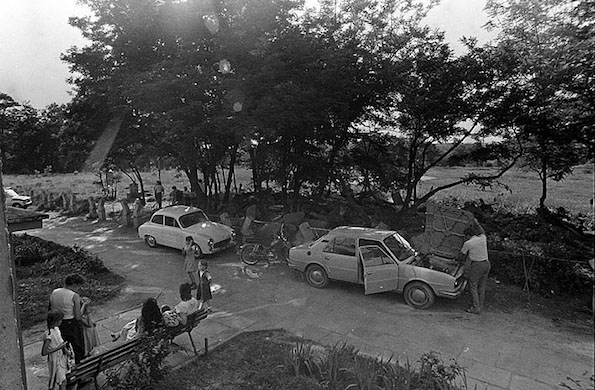 I cooperate with Dębica’s High School No 1, Dębica Area Appreciation Society, and the town’s Regional Museum on a number of projects connected to the history of Dębica’s Jews. My biggest passion is music – ranging from classical through jazz, pop and rock to the avant-garde. For the past few decades I have been composing music inspired by Jewish culture. My albums (such as Kirkut-Koncept, Sztetlach and Polin) met with critical acclaim in Poland and abroad. You can read more about my music endeavors at www.dembitzer.pl.

I was born in Dębica and have lived here all my life. My wife Marta teaches Polish in the local high school. We have two daughters. I have worked as a type-setter, letterpress printing machine operator, English translator, music publisher, music critic, musician, HR projects coordinator and manager of social benefits department. I like to study the history of my region.