I first became interested in Jewish topics in high school; upon reading the Old Testament, I became fascinated by ancient Jewish history. I returned to my interests in my junior year of college, while participating in a study tour for history students devoted to collecting information about Roman Catholic cemeteries in Rzeszów and Podkarpacie area. “Since there are so many Jewish cemeteries around here, why not document them as well?” I asked myself and thus focused my interest on the Jewish cemetery in Rzeszów. No one else was interested in undertaking this task. Thus, already as a student I forged some contacts, including with the Center for Research on the History and Culture of Polish Jews at the Hebrew University in Jerusalem. As a result, I wrote a scientific paper about the Jewish cemetery in Rzeszów. Foundations for my interests might have been laid in my family home, and especially by my conversations with my grandmother Helena about relations between different national groups inhabiting towns in Polish region of Galicia. Before World War II, my grandma Helena ran a successful tailoring business in Niemirów and hired Jewish girls. She was fluent in German, Ukrainian and Yiddish. I can still hear the Yiddish songs she would sing to me. Thanks to her, I do not differentiate people basing on their nationality, religion or political views. For a long time, I did not understand terms such as anti-Semitism or xenophobia, as they were completely foreign to my family home. In the course of my history studies, I realized that Jews living under Austrian-ruled Poland (Polish Galicia) were worse off than their non-Jewish neighbors. Yet, they never became focus of study nor research for Podkarpacie historians. I decided to change this, as Jewish history is an integral part of Polish history. Additional motivation for undertaking this subject matter were instances of anti-Semitism expressed in different forms that had negative impact on Polish-Jewish relations. As a historian and professor at University of Rzeszów I conduct academic research on the Jewish history and culture in the 19th and 20th centuries, relations between various minority groups, history of the Catholic church in the 20th century and the role of charity and philanthropy in social life.

I graduated from Higher School of Pegagogy in Rzeszów (1987) and became the first person to receive a doctoral title at this institution (1994) and then the first person with a post-doctoral degree (habilitacja) nominated at the University of Rzeszów. In 1993 and 1997, I received stipends from the Foundation for Polish Science. I worked as assistant professor at Rzeszów’s Higher School of Pedagogy (1987-1994) and then as associate professor (1994-2004). Between 1995 and 2000, I also worked as associate professor at the Jagiellonian University in Kraków. I became a full-time professor at University of Rzeszów in 2004. From 2004 until 2012, I was head of the Department of History and Culture of Eastern Europe and the Laboratory of Jewish History and Culture at the university’s History Institute, while between 2005 and 2008 I was the deputy dean for the university’s Socio-Historical Faculty. Between 2011 and 2015, I served as rector of the State Technical-Economic College in Jarosław. I am also a member of a number of scientific associations including: Commission for Jewish History and Culture at the Polish Academy of Learning, Polish Society for Jewish Studies, Polish Historical Society and a few editorial boards and scientific councils of peer-reviewed journals. I hold two honorary doctoral degrees – from the State Academy of Finance in Lviv (2013) and Ivan Franko State Pedagogical University in Drohobycz (2014). I am the author of four monographs, 134 scientific papers and editor of 11 joint publications. I organized 13 scientific conferences, promoted 10 doctoral theses, reviewer of 2 postdoctoral degrees and 11 PhD candidates. I mentored 43 BA and 130 MA students. I develop my advocacy for Polish-Jewish relations in a number of ways, yet all these initiatives serve the aim of promoting Jewish historical and cultural heritage, fostering dialogue, tolerance and care for historical memory of events, places and people as well as helping individuals who share the afore-mentioned views connected through joint efforts for Jewish communities of Podkarpacie area. I am the head of Department of Jewish History and Culture at the University of Rzeszów. 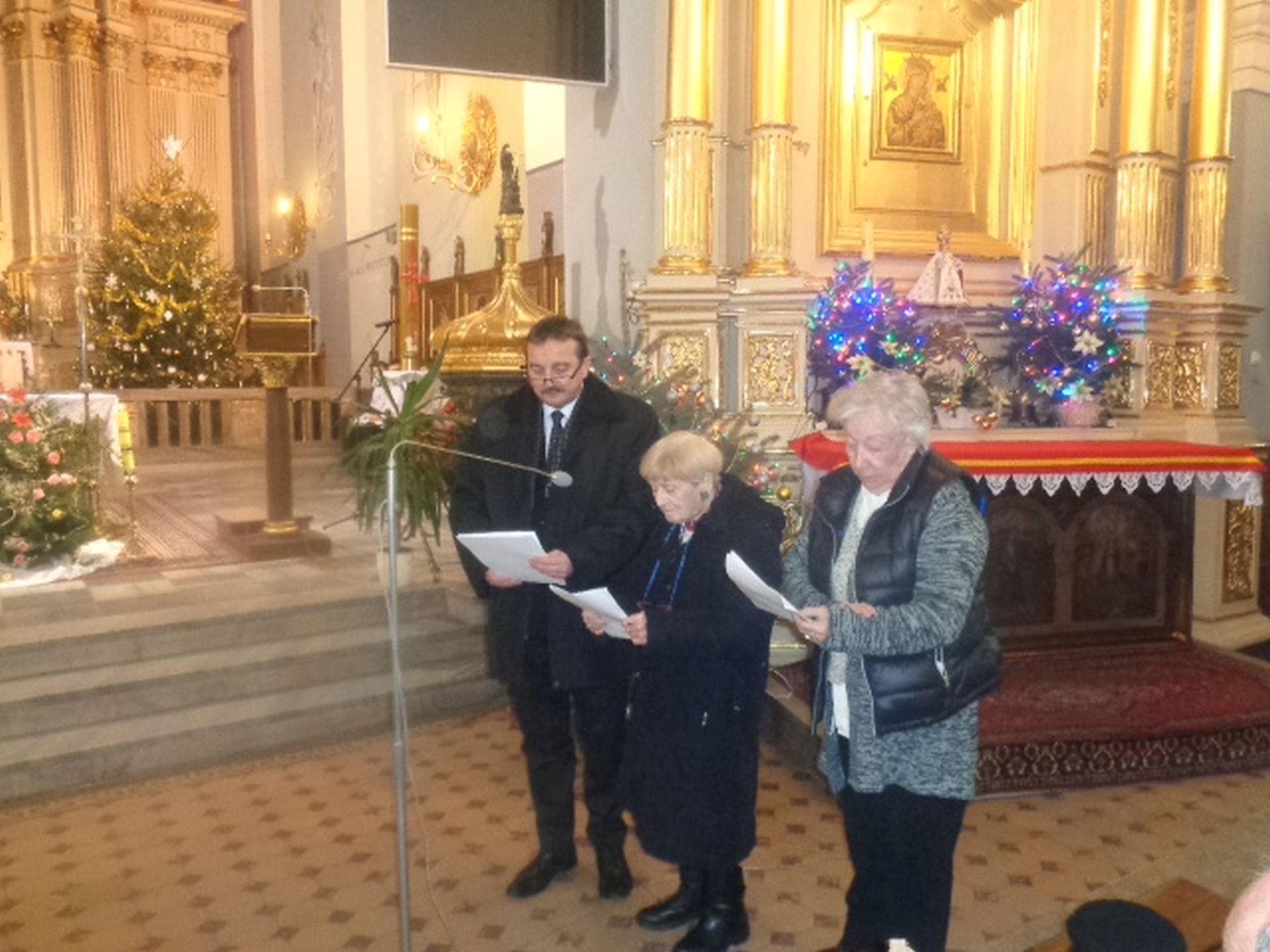 As part of my department’s teaching activity, I undertake a number of initiatives to expand students’ knowledge on this subject matter. I conduct numerous scientific studies on topics related to history and culture of Jews in Poland of the 19th and 20th century, relations between ethnic and religious groups in Poland’s Małopolska region between World War I and World War II, as well as the role of charity and philanthropy in social life. As department head, I organize international conferences that often pertain to Jewish-related issues and partake in a number of non-academic initiatives that advocate these topics locally, nationally and internationally. I organize lectures, presentations, meetings with scholars studying Polish-Jewish relations, Holocaust survivors or their descendants, as well as individuals who saved Jews during World War II. I initiated and for the past 9 years have served as main organizer of the International Holocaust Remembrance Day in Podkarpacie region. Celebrations of this day have become part of multicultural symbolism for the city of Rzeszów and the whole region of Podkarpacie. I was also the initiator and founder of the Center for Dialogue for Dialogue among Religions and Nations that operated between 2014 and 2015 at the College in Jarosław. The Center held a number of historical, multicultural, multi-religious and patriotic ventures, including conferences, symposiums, academic workshops, meetings, book launches, lectures and presentations. Additionally, I was one of the organizers and an honorary patron of a number of events, including the unveiling ceremony of the renovated monument commemorating Jews murdered in Przemyśl’s ghetto; the conference “Jews in the Bible” or events held in Dynów’s Center for History of Polish Jews, to name just a few. I also work with Holocaust survivors and their families and descendants, as well as with those who rescued Jews during the Holocaust.

I organize meetings with them for local youth, so they can bear testimony to the Jewish genocide and contribute to building memory about those cruel times. I also cooperate with individuals from the whole Podkarpacie voivodship who act as custodians of memory of Jewish culture and history, uniting local activists in joint efforts for the whole region. Thus, local activists have greater motivation for further involvement and many new people get involved in working in the field of Polish-Jewish matters. Advocacy for Polish-Jewish matters is a matter of utmost importance in the contemporary world. Actions I undertake serve shaping opinions of young people about the world around them; a world that prior to World War II had been inhabited by people of differentdenominations and nationalities; many of whom had been Jewish. If I am able to engage local youth and residents in my various initiatives, I can be happy that my activism is meaningful. It is also meaningful to Jews who hail from this area. Holocaust survivors and their families often visit us to give testimony of their wartime stories. This return to the region that was once their home and to the time of their youth is both painful and extremely important. They are flooded with memories they can share with local youth so that the truth about the Holocaust is never forgotten. In the course of these visits, friendships are often forged, visitors learn new facts from their family’s histories and the past. These sorts of initiatives are of great significance both for residents of Poland as well as those living elsewhere. Through them, Podkarpacie inhabitants are given a chance to remember about the region’s former residents as well as to discover its history and culture in full scope. Through these initiatives, Jews can come back to testify to the facts of the Holocaust. As organizers, we can be proud of having positively contributed to building better Polish-Jewish relations and a world free of xenophobia and totalitarianism.