The initiative of commemorating the Mszana synagogue with a plaque

The Mszana synagogue stood close to the school where I teach. Today, another school stands in its place. Few people know that Mszana Jews prayed there. On the occasion of the commemoration of the 75 anniversary of the Holocaust, I wrote a letter, which all the participants signed later, and the names of the last witnesses put on top. There was no answer from the Municipal Office for four months. The next two reminders were not successful. The “media hype” helped a little in connection with awards I received – journalists asked the mayor about the progress of the case. He replied that it was “one lady’s initiative”, to which he did not even have to respond. We were backed up by “Otwarta Rzeczpospolita”, which was outraged by his words, and we spoke to the media. And so it will happen. Although the mayor, a former mayor, did not execute the decision of the Town Council to put up a plaque, the current mayor wants to do it. I think that by August next year, when we will commemorate another Holocaust anniversary, the plaque will have been put. 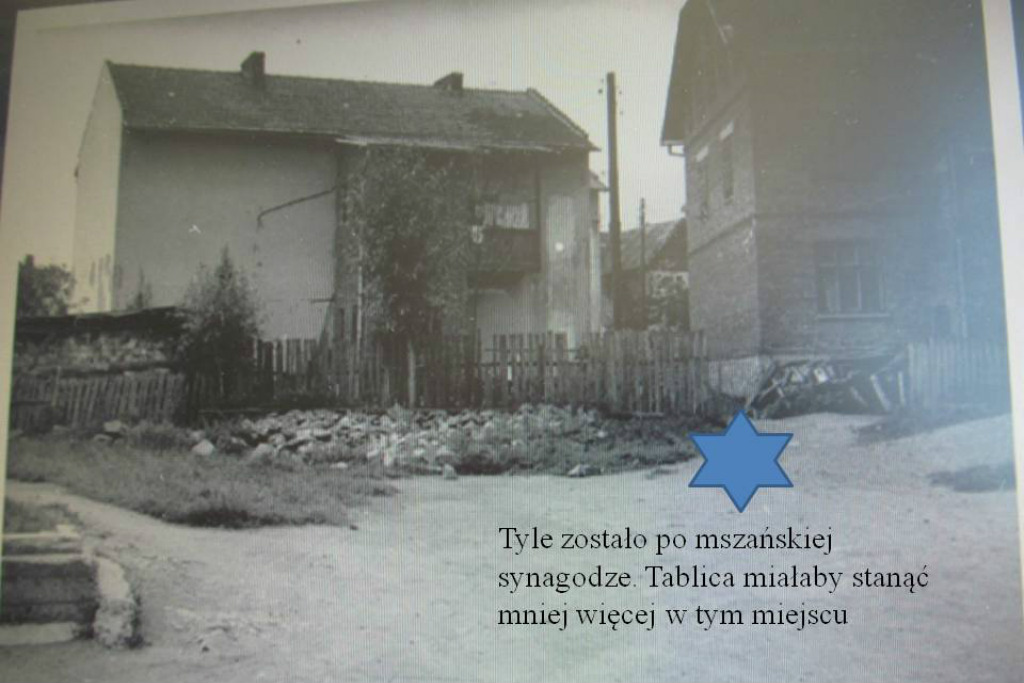 More information about this activity can be found on the following websites: