“You are avant-garde”, said Zvi Rav Ner, Ambassador of Israel to Poland, addressing the students who took part in 2011 School of Dialogue program and gathered on January 11th to celebrate the achievements of the project.

At the annual School of Dialogue Gala over 200 hundred students and teachers from 32 participating schools as well as international, national, and local dignitaries set side by side to summarize another successful year of the program. During Gala the Forum presented the results and impact of the School of Dialogue educational workshops in 2011, highlighting the broadening spectrum of students’ activities in both Warsaw and rural areas.

Moreover, attendees could hear comments from leaders such as Israeli Ambassador Zvi Rav-Ner, United States Ambassador Lee Feinstein, National Ministry of Education Vice-Minister Miroslaw Sielatycki, City of Warsaw Vice-President Wlodzimierz Paszynski and Chairman of Forum’s Council Henryk Wujec.
“Those who cannot remember the past are condemned to repeat it” – Polish Ministry of Education Vice-Minister quoted the famous philosopher – Gorge Santayana. “You are learning but you also become teachers, leaders and co-creators,” he addressed the students, ”The impact of your work is bigger than usually in projects since it is not only didactic but also moral.” 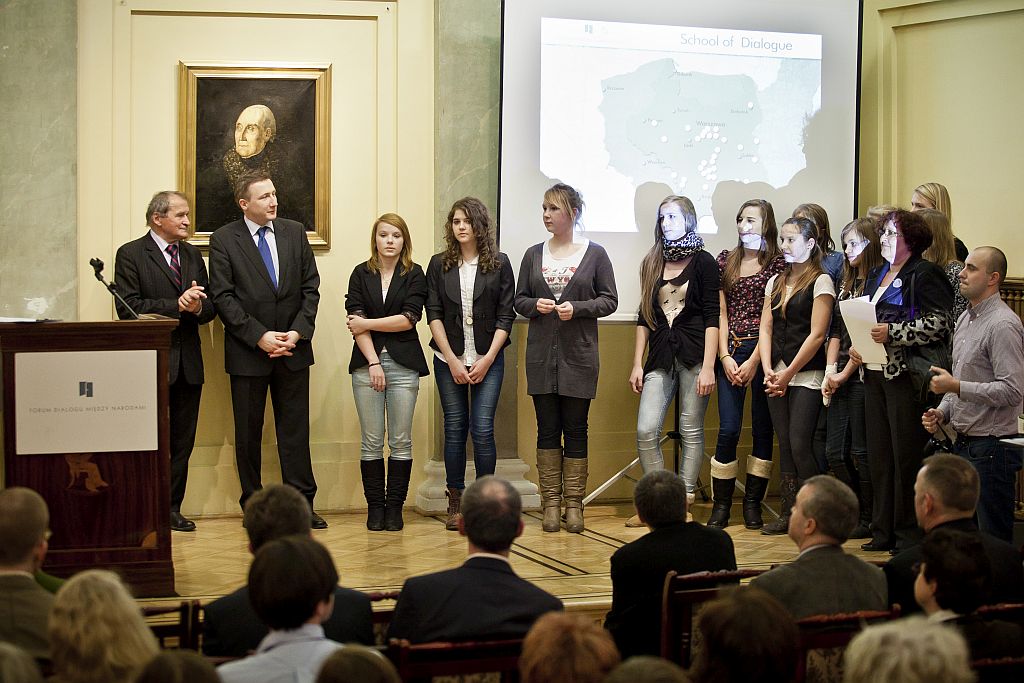 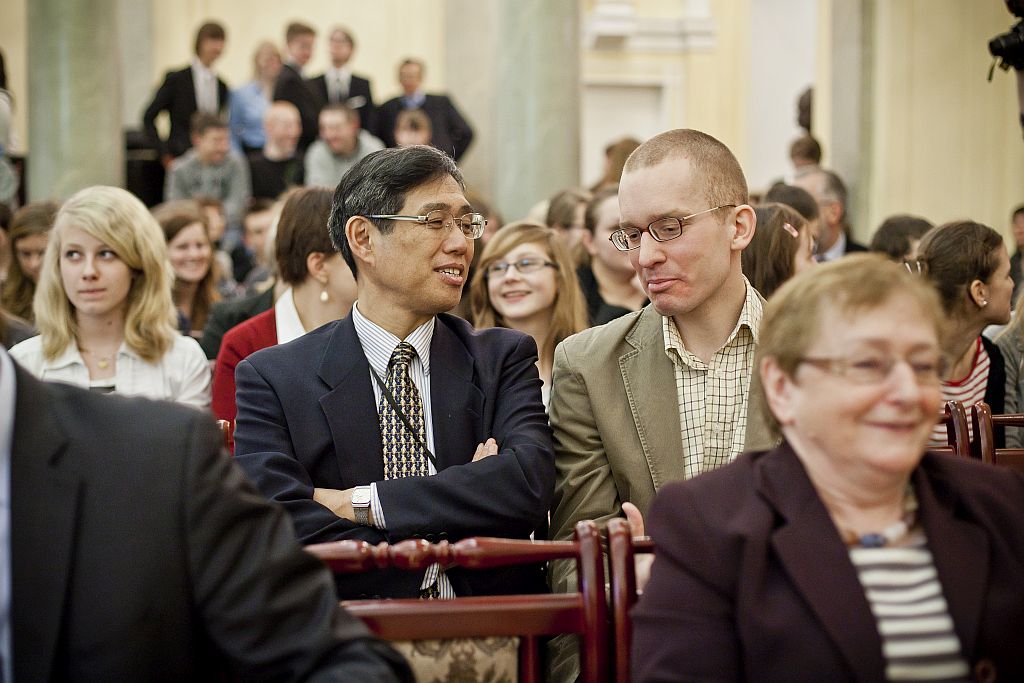 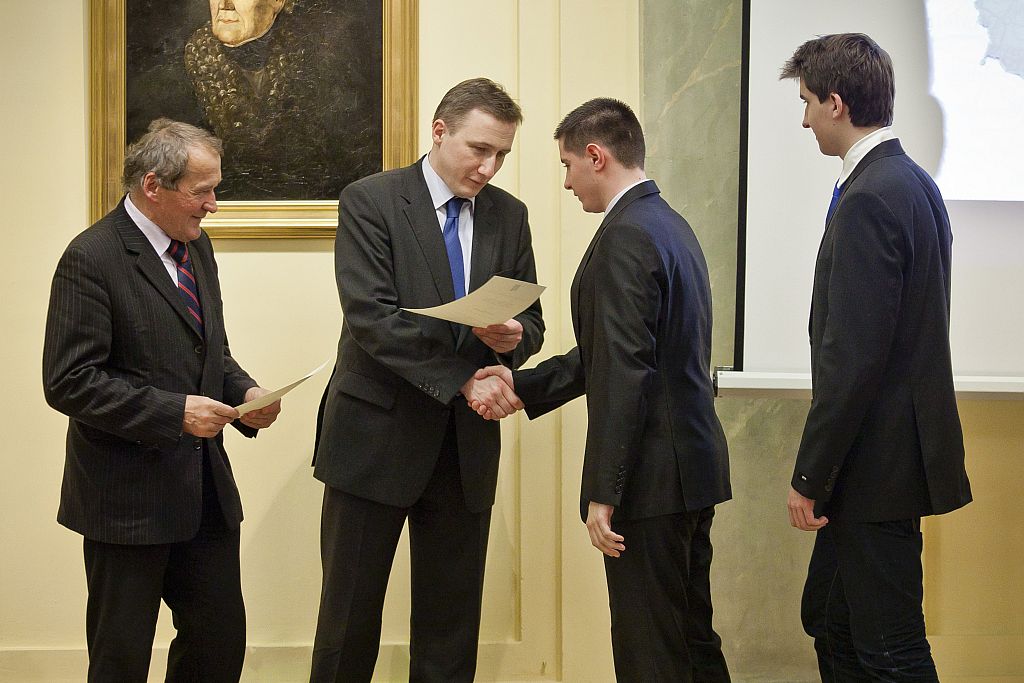 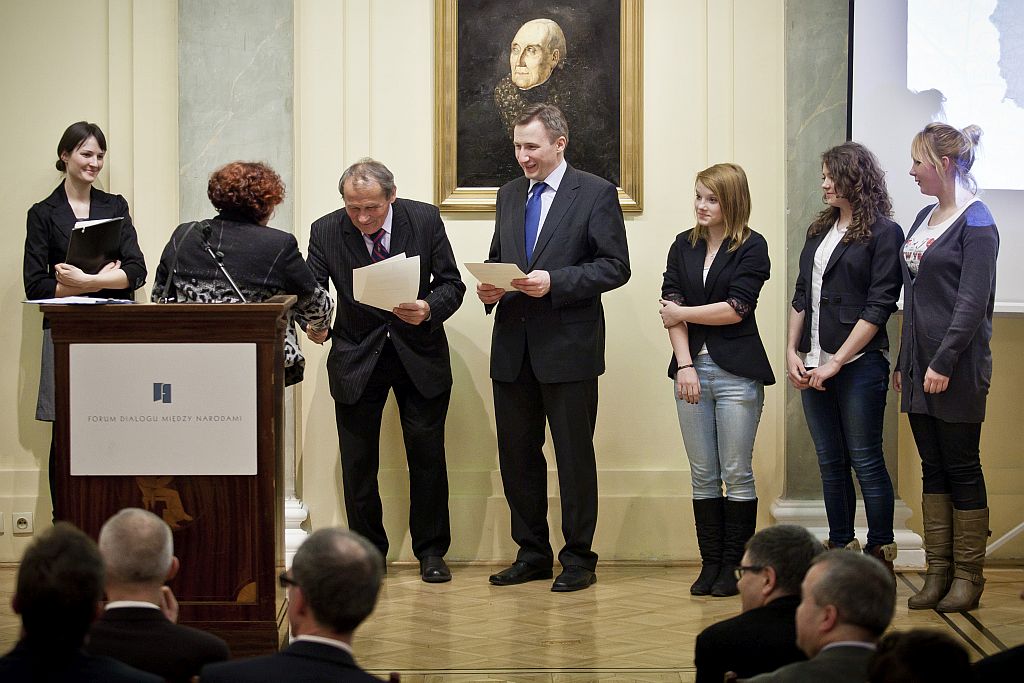 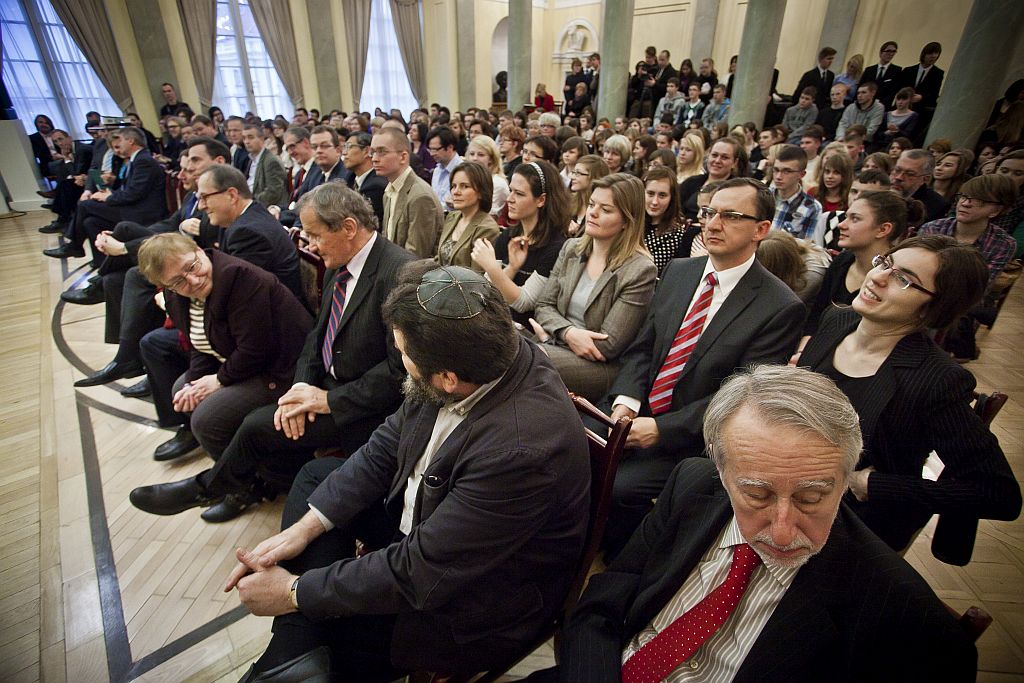 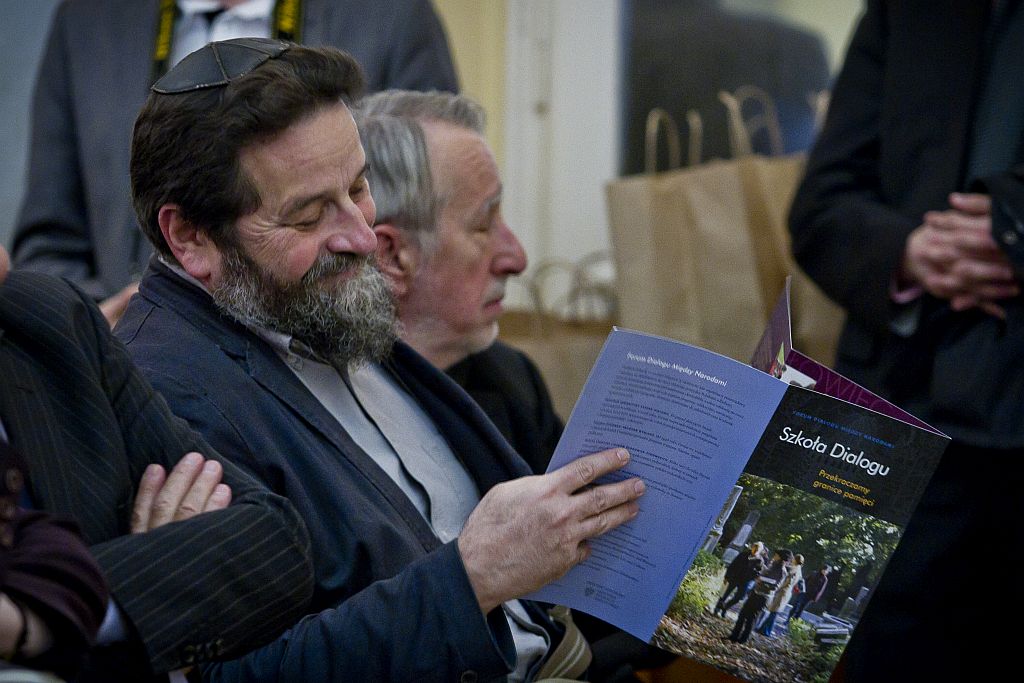 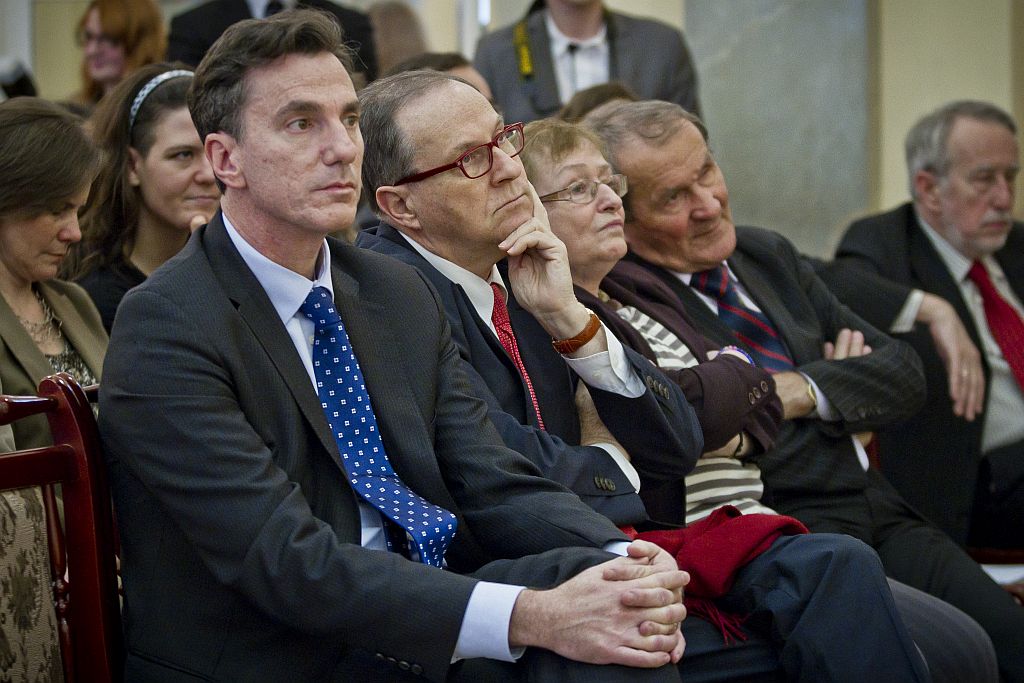 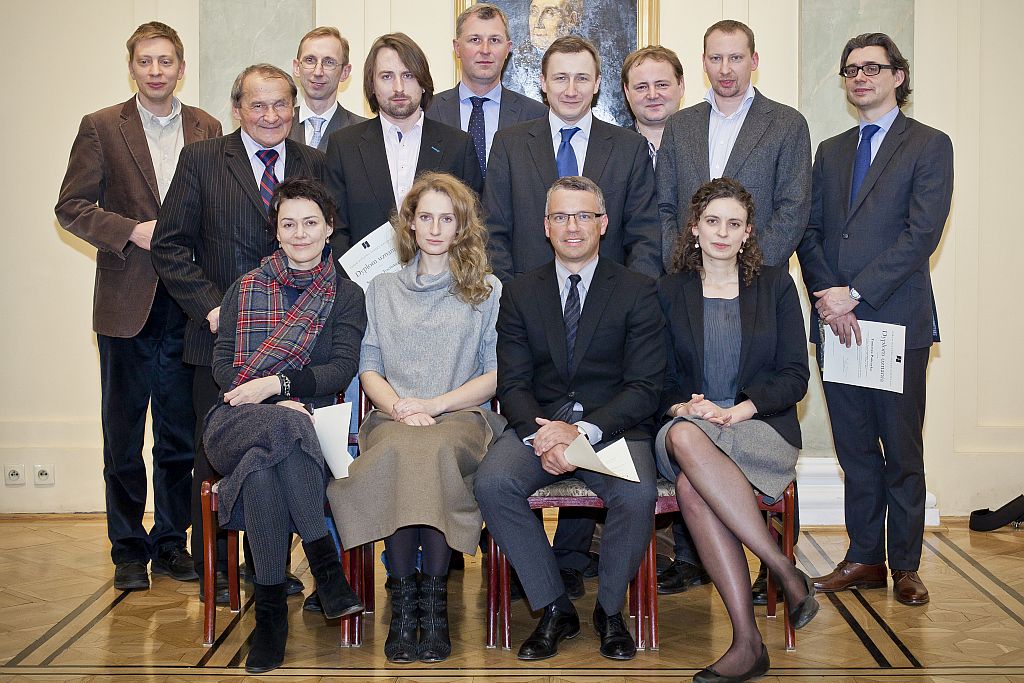 At this year’s closing gala for the School of Dialogue, students from Wasilkow, a small town on the outskirts of Bialystok, were named honorees for 2011. To commemorate the tragic faith of local Jewish people, they organized a tour on the traces of Wasilkow’s Jews on the 70th anniversary of their transport to Treblinka death camp. The tour focused strongly on breaking the stereotypes of Jews that are still present in small towns and villages across Poland. 2nd prize for the best commemoration project went ex aequo to a local high school in Tarnowskie Góry and a technical school in Warsaw; eight more groups of students from Kalisz, Kielce, Konskie, Kutno, Piaseczno, Radom, Sosnowiec and Warsaw achieved distinctions for their entries.

All rewarded activities were very creative and included, among others: memorial books with testimonies from local inhabitants, urban games and tours of Jewish sites in shtetls for parents, schoolmates and local dignitaries, photo exhibitions and movie screenings, school bulletins on the importance of Holocaust education, street and school surveys.

Students used various ways to engage local communities in their projects by sending out invitations by mail, distributing flyers and placing adverts in local newspapers.

We constantly talk about the past, but it is the future that is most important, you are most important. There are no words to describe the significance of your work.

The Forum for Dialogue Among Nations  would like to thank the following people and institutions for sponsoring awards at the School of Dialogue Gala: Alumni of the Polish-Jewish Exchange Program, Bureau of Education of the City of Warsaw, Friends of the Forum, Polish Center for Holocaust Research of the Academy of Sciences, WAM Publishing House  and  Znak Publishing House.