On the 14th of January 2010 a festive celebration summarised the project “School of Dialogue 2009”. The event included awarding the title of “The School of Dialogue,” giving diplomas, and presenting the submitted projects. Among the invited guests were: the Ambassador of Israel, Zvi Rav-Ner; the Vice-president of Warsaw, Włodzimierz Paszyński;  the Chief Rabbi of Poland, Michael Schudrich; a representative of the Ministry of Education, Joanna Dutkiewicz; as well as a great number of representatives of non-governmental organisations. What was particularly important to us was the presence of representatives of the schools taking part in the project – principals, teachers and students.

Last year’s edition of the School of Dialogue project was a milestone – based on our experiences gathered in Warsaw, we extended the scope of the programme to all of Poland. In 2009 we had the pleasure of cooperating with 7 Warsaw schools and schools from 10 towns from all over Poland.

The cities included: Bilgoraj, Chmielnik, Dzialoszyce, Jozefow Bilgorajski, Lowicz, Sokolow Podlaski, Minsk Mazowiecki, Wachock, Wrzesnia, Zyrardow. Altogether 500 students participated in the programme. The involvement of the students went beyond our expectations. All the participants in the project were awarded with diplomas by the Chairman of the Foundation’s Council, Henryk Wujec. The winner of the competition (an element of the program) was a school from Minsk  Mazowiecki. During the gala, the students presented their project on the traces of Minsk Jews, screened a short documentary, and gave an artistic performance. The winning students participated in a one-day programme, during which they visited places related to Warsaw’s Jewish history and took part in various meetings at the Ministry of Foreign Affairs, the Warsaw Synagogue, and Gazeta Wyborcza. In addition, schools from Zyrardow, Chmielnik and Wrzesnia were rewarded for excellence. Those schools were awarded with books endowed by The Polish Center for Holocaust Research. 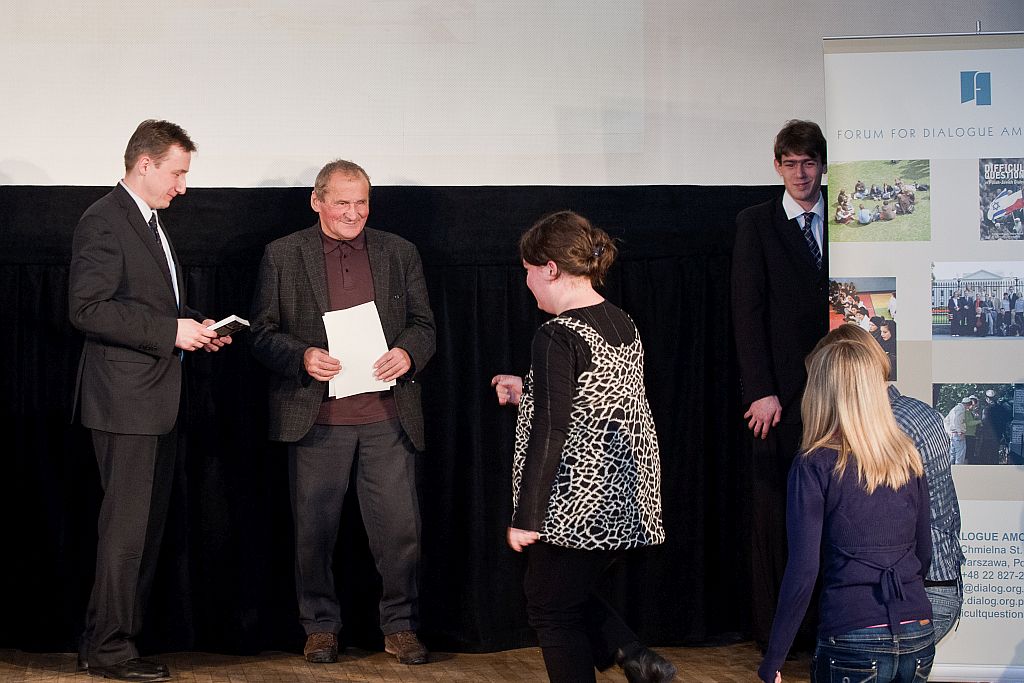 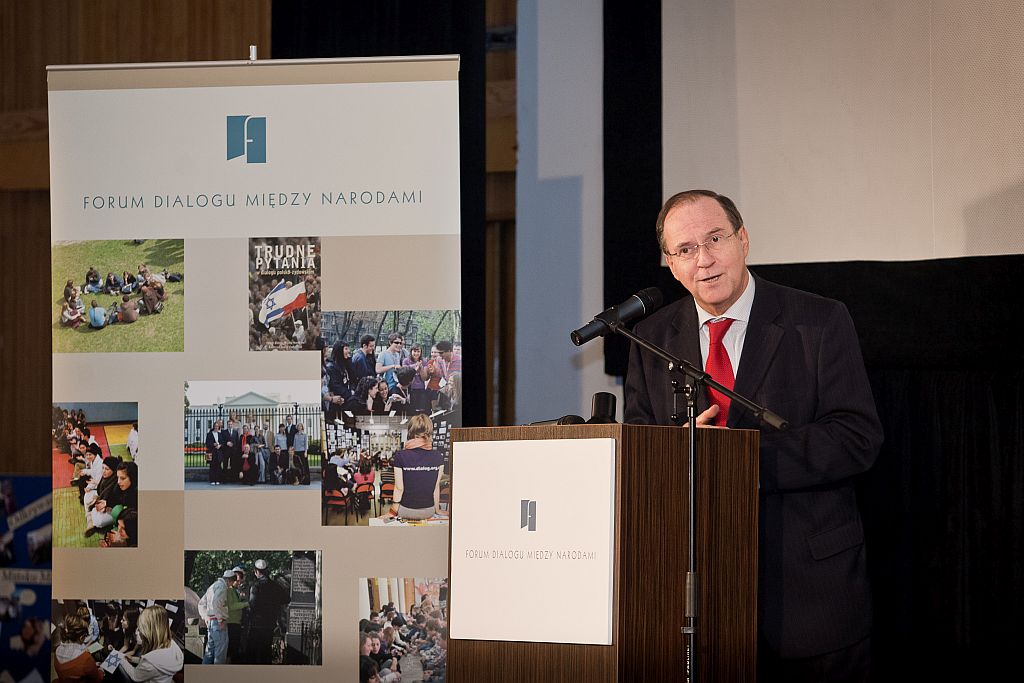 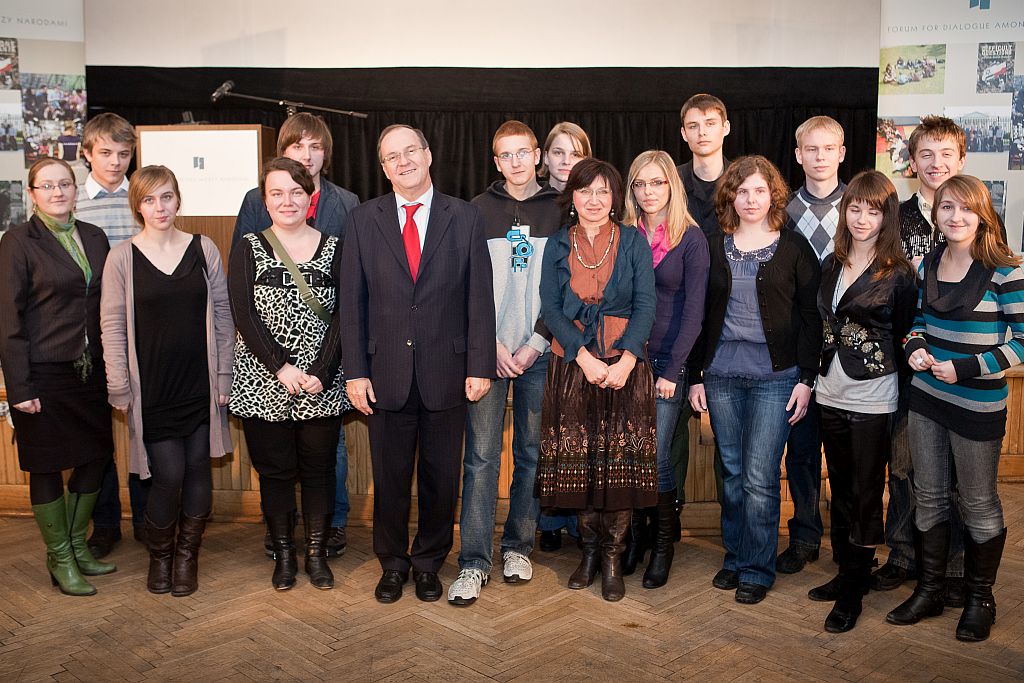 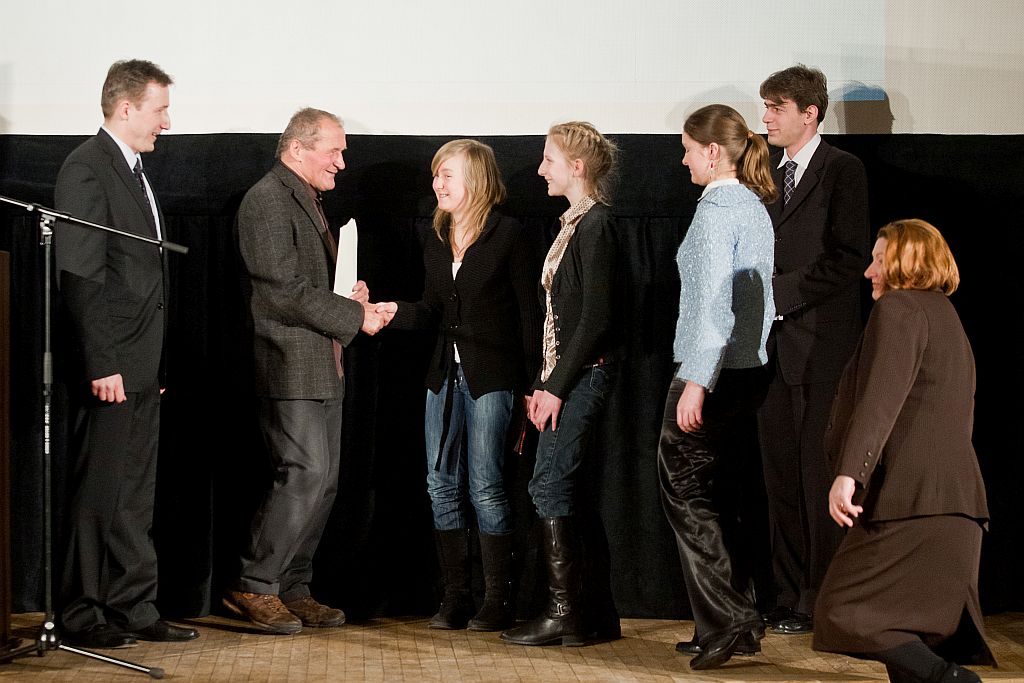 Awarded students received publications sponsored by the Polish Center for Holocaust Research at Institute of Philosophy and Sociology of the Polish Academy of Sciences.