Jewish leaders with strong Polish ties, from the USA, Australia and Israel, took part in a December study visit to Poland. They participated in a number of meetings, which deepened their knowledge about the history of Poland as well as the complicated Polish-Jewish relations. Participants included Mary Slade, barrister from Melbourne, who was born in Łódź just after the war, and Frank Hornstein, an elected member of the Minnesota House of Representatives.

Their meetings mostly took place in Warsaw and Cracow. However, our guests admitted that the most important moment of their trip to Poland was a visit to Sieradz, where they met with students from the local high school, who participated in the School of Dialogue educational program.

It was an extraordinary encounter. Students guided our group to places connected to the history of Sieradz Jews. For students, the most memorable experience was meeting with Mary Slade from Melbourne. Mary is a board member of the Melbourne Jewish Holocaust Centre and she has Polish roots – in addition to being born in Łódź her mother is originally from Sieradz. She told young people from Sieradz a dramatic story about her parents being the last survivors from Łódź ghetto. It was a powerful and extraordinary experience for our students.

At the end of the study trip, our students, with help from the local priest, Marian Bronikowski, planted a tree in the church garden in memory of this exceptional meeting. The attached  plaque says: “In memory of the Jewish men and women of Sieradz who throughout the ages built and developed this town together with their Christian neighbors and who were expelled and murdered out of human wickedness.”

Later that day, our study tour guests were so much impressed after the meeting with the students they recorded special thanks for them. Watch the clips by some of the group participants. Some time after the meeting, Mary Slade wrote also her impressions from that meeting.

Mary Slade’s experience of the meeting

In December 2014 I was a guest of the Polish Ministry of Foreign Affairs on a group study mission of organized by the Forum for Dialogue. We 6 participants came from USA, Israel and myself from Australia.

At the outset I have to say that my trip was a transformative life experience thanks in large part, to my visit to Sieradz, the town where my mother Mela Groch (Bryn) was born in 1919, which the Forum organizers had arranged  especially to surprise me. (I also was born in Lodz Poland after WW2 and migrated to Melbourne Australia with my parents in 1948.)

A vocational High school in Sieradz had agreed to participate in the Forum program to discover the Jewish roots and history of their town. They greeted our group most enthusiastically and were thrilled to meet me as the only daughter of a still living descendant of the town.

The students had conducted extensive research with photos of the cemetery, synagogue and mikvah, all hanging up along the walls of the classroom. Questions and answers flew across the classroom. Our visit was so newsworthy that the local and regional TV radio and media reporters were all waiting for us as we commenced our tour of Sieradz, guided by the students. Walking around the old town and eventually to the site and street of the ghetto was a most moving experience for everyone.

I heard the details about the liquidation of the ghetto and the deportation of the Jews to Chelmno, for the first time. We all cried together as I told the students  that my maternal grandmother and my aunts and their children were among those selected, and as we hugged each other in tears, I felt  the strong bond between us.

The next surprise was a walk to the local church set in a beautiful large garden. We met the priest who led us to the site in the garden for the planting of a sapling tree of remembrance, which faced the former old synagogue.  A commemorative plaque read:

“In memory of the Jewish men and women of Sieradz who throughout the ages built and developed  this town together with their Christian neighbours and who were expelled and murdered out of human wickedness. Participants of the School of Dialogue Project and the study tour organized by the Forum for Dialogue December 2014.”

I will never forget this poignant and significant day to witness where once there was hatred and destruction  there is now a tree – a  symbol of love and tolerance, that will blossom and grow. My profound thanks go to the Forum for Dialogue, and for its outstanding work. 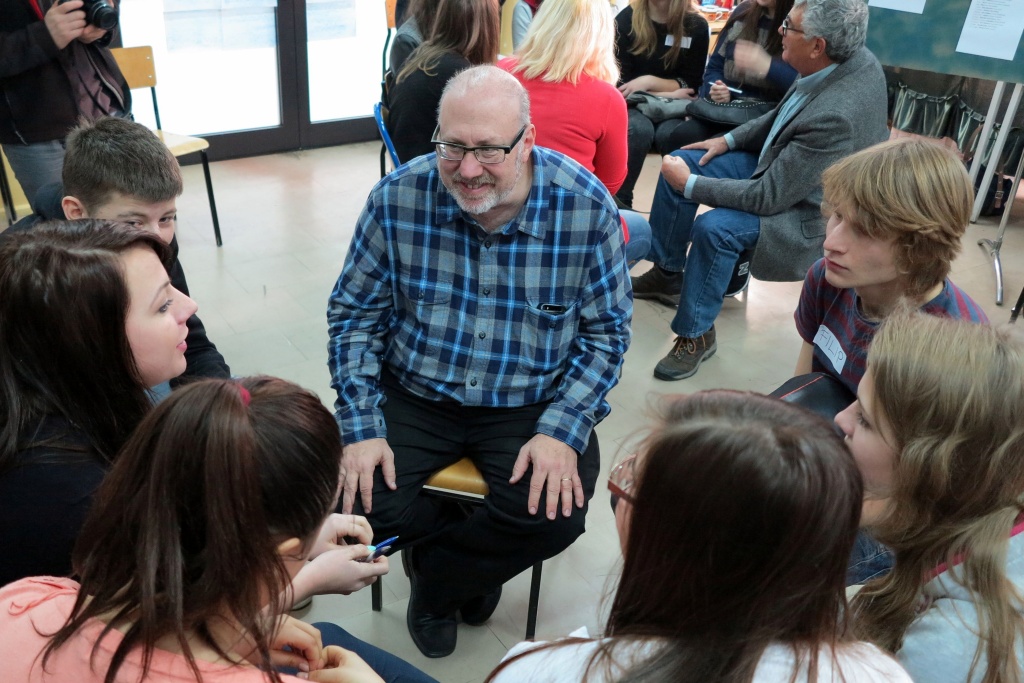 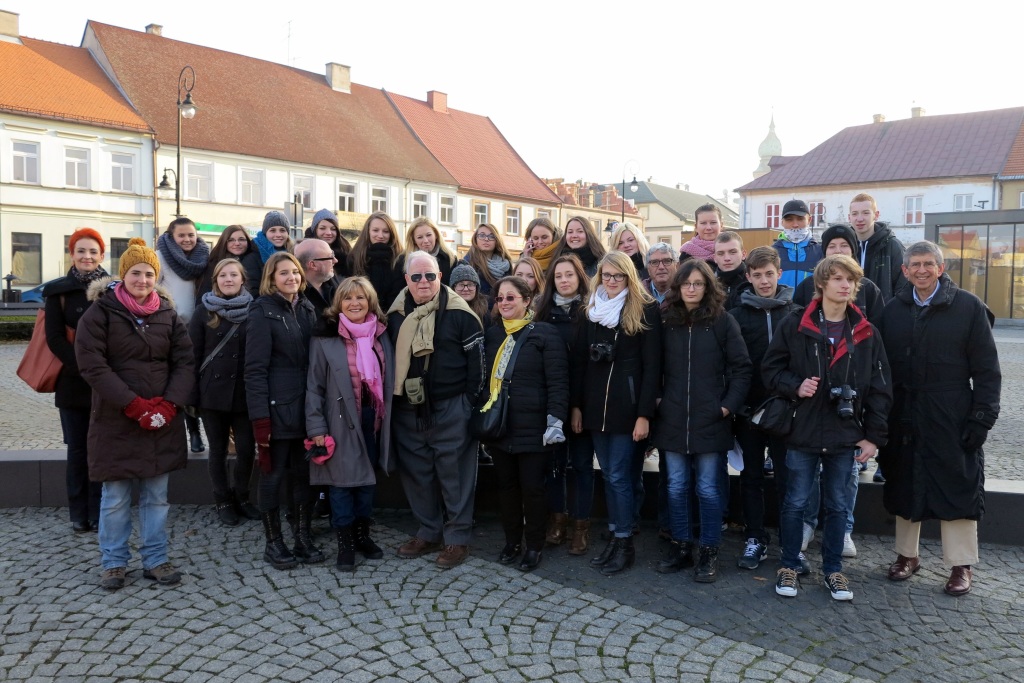 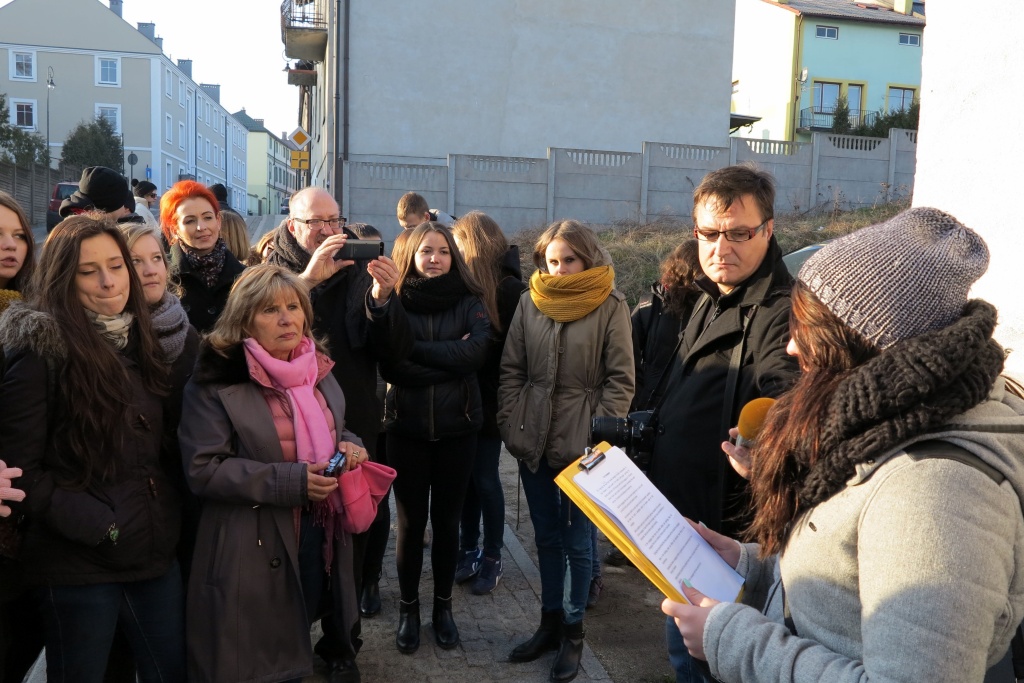 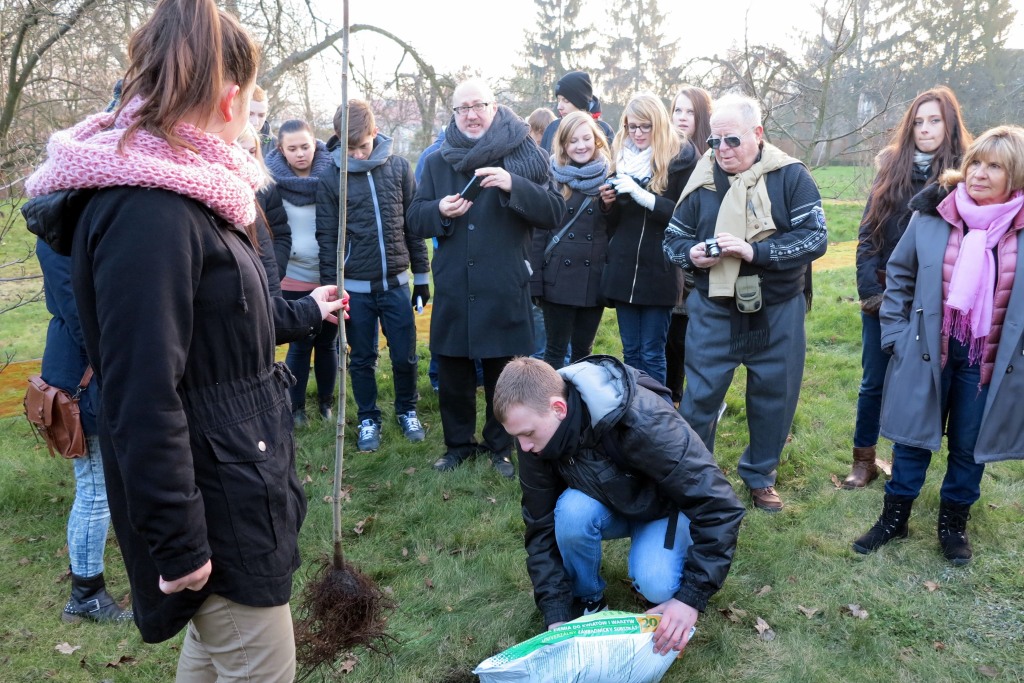