I don’t have a sense that I’m on a mission, I’m not a playing a superhero. But I have always been one to rebel. And I do have a “calling”. I once (completely spontaneously) wrote an essay what Auschwitz means to me today. I wrote about the need to rebel against human suffering and injustice. The piece won a competition and I thus was given an opportunity to meet new people who were not only sharing what memory of Jews means to them today, but also became involved in various initiatives. At that point, I was ready to act as well. Others showed me the possible options: whom to contact, who could become a potential ally. I was told to start from my own back-yard. That’s how “Zbąszyń Balagan” was born – a group consisting of students who participated with me in the nationwide project called “School of Dialogue”.

Our group efforts were recognized, we were awarded the second prize for a project commemorating Polish Jews. Sometimes I am driven to do all this because I am terrified by all the hate; projects, workshops, hours spent over one testimony, one poem, film, memory – I teach young people through conversations to listen to eyewitnesses but first and foremost – to listen to each other. Conversations with young people are always small successes, even if my interlocutors disagree with me (recently they disagree with me more and more often; I see how much work I have to do, as others are sowing the seeds of fear and disgust towards anyone who is different, and Other, a category that condemns people in absentia to social banishment from which there is no return).

I studied Polish philology and worked as a middle and high school literature teacher for many years in Stefan Garczyński School Complex no.1 in Zbąszyń. I also teach “Family Life Education”. In 2016, I completed a postgraduate program in ethics (at Adam Mickiewicz University in Poznań). I enjoy long-distance running and am a board member of TKKF “Łabędź”  Runner’s Club in Zbąszyń. I work with senior citizens and sit on the board of Zbąszyń’s University for Seniors Association. Recently I started working as the head of the local Municipal Public Library.

But first and foremost I teach: as Polish philology teacher I pay extra attention to the history of Polish Jews and Polish-Jewish relations. I organize or co-organize events, meetings, exhibitions, etc. that aim to commemorate Jews of Zbąszyń and present tradition and history of the Jewish nation  to contemporary residents of the town. There are many people who show their appreciation of my work. Some actively support my initiatives, while I also offer assistance other activists. For me this all stems from the obligation to be loyal to myself, to my students and also to my own children. 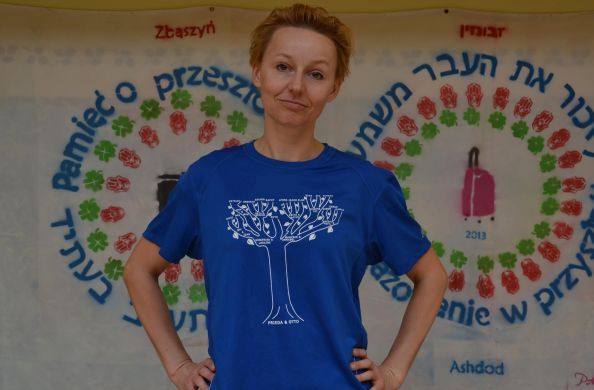 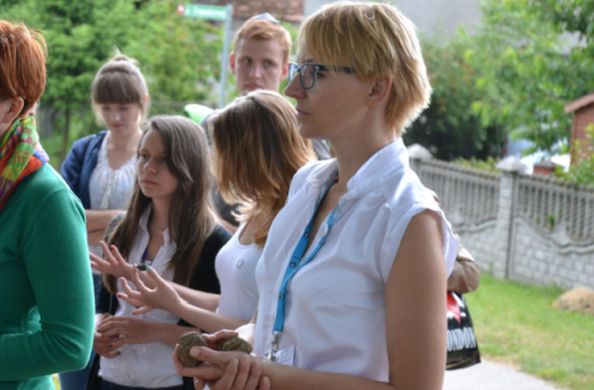