I do not recall any particular impulse that sparked my activism. My interest in the history and culture of Polish Jews is a process set off when I realized that even though a few decades earlier half of the population of my hometown “disappeared”, it was business as usual for the half that remained. This “disappearance” happened in dramatic circumstances; the Jewish residents of my town were murdered. And even though victims are always commemorated, these particular victims have been “forgotten”. Second of all, I live in Zamość which from the moment of its establishment had been a multinational and multicultural town for almost four hundred years. All town citizens contributed to its strength, culture and economy: they were Polish, Jewish, Armenian, Ruthenian, Greek, Scottish and Italian. The history of Zamość without introducing the history of the minorities that inhabited the town for centuries is only a fragmented one. And finally, even though Jews of Zamość had “disappeared”, they left behind traces of their presence that we encounter everywhere in the city: streets, synagogues, prayer halls, and residential homes. All of this inspires me to learn about the history of Zamość Jews.

The deeper I go into this history, the more it fascinates me and I become more and more engrossed in it.
I am a teacher. I teach history and civic studies at Maria Konopnicka High School No 2 and Community European Union High School No 1 in Zamość. My fascination with Polish history in the 17th century led me to conduct research on Kryłów estate in Lublin area and its owners Hieronim and Michał Radziejowski. In 2003, we launched an annual event with Maria Fornal that we called Zamość Cultural Encounters. The idea behind this initiative was to remind residents of the town’s multinational and multicultural past. Encounters included meetings, lectures and workshops presenting Jewish history, culture as well the contribution of local Jews, Armenians, Greeks and other national groups to the town’s development. Different events would be organized in venues connected to particular groups: in the Jewish synagogue and mikveh, in the Armenian tenement houses and Greek Orthodox church. Since 2015 I have been working with students from High School No 2 on a project aiming to uncover the Jewish history of Nowe Miasto, one of the districts in Zamość. 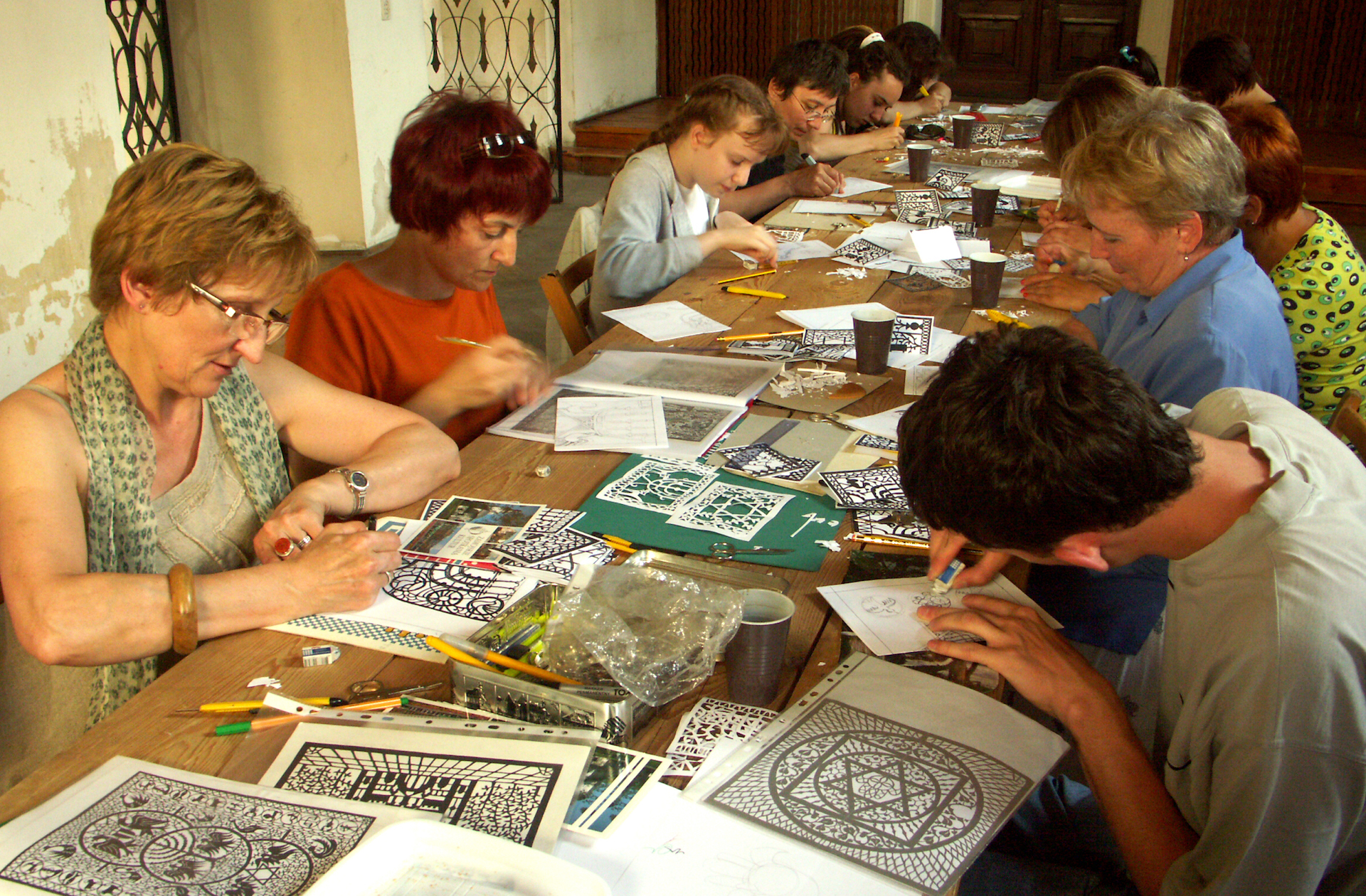 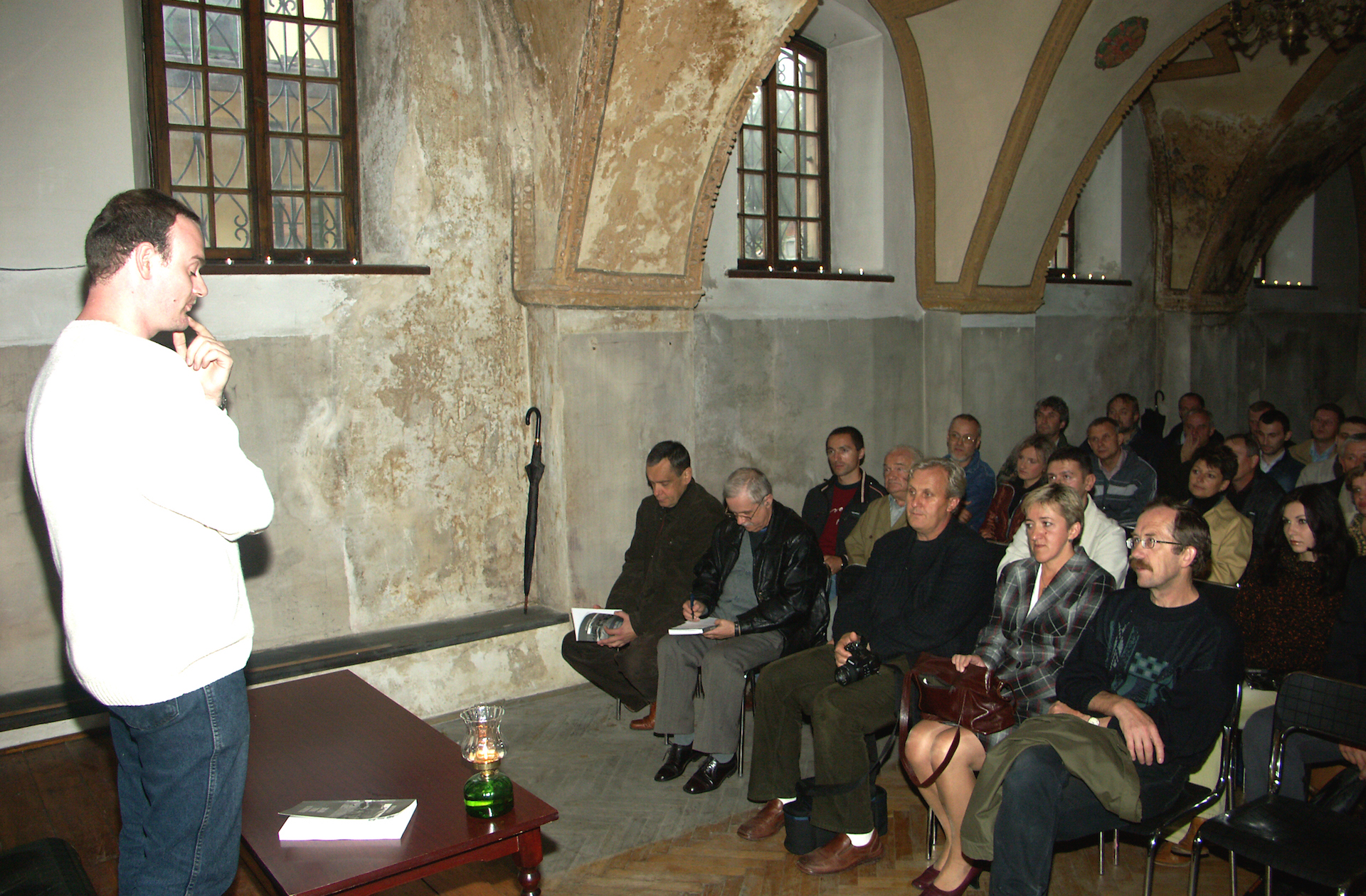 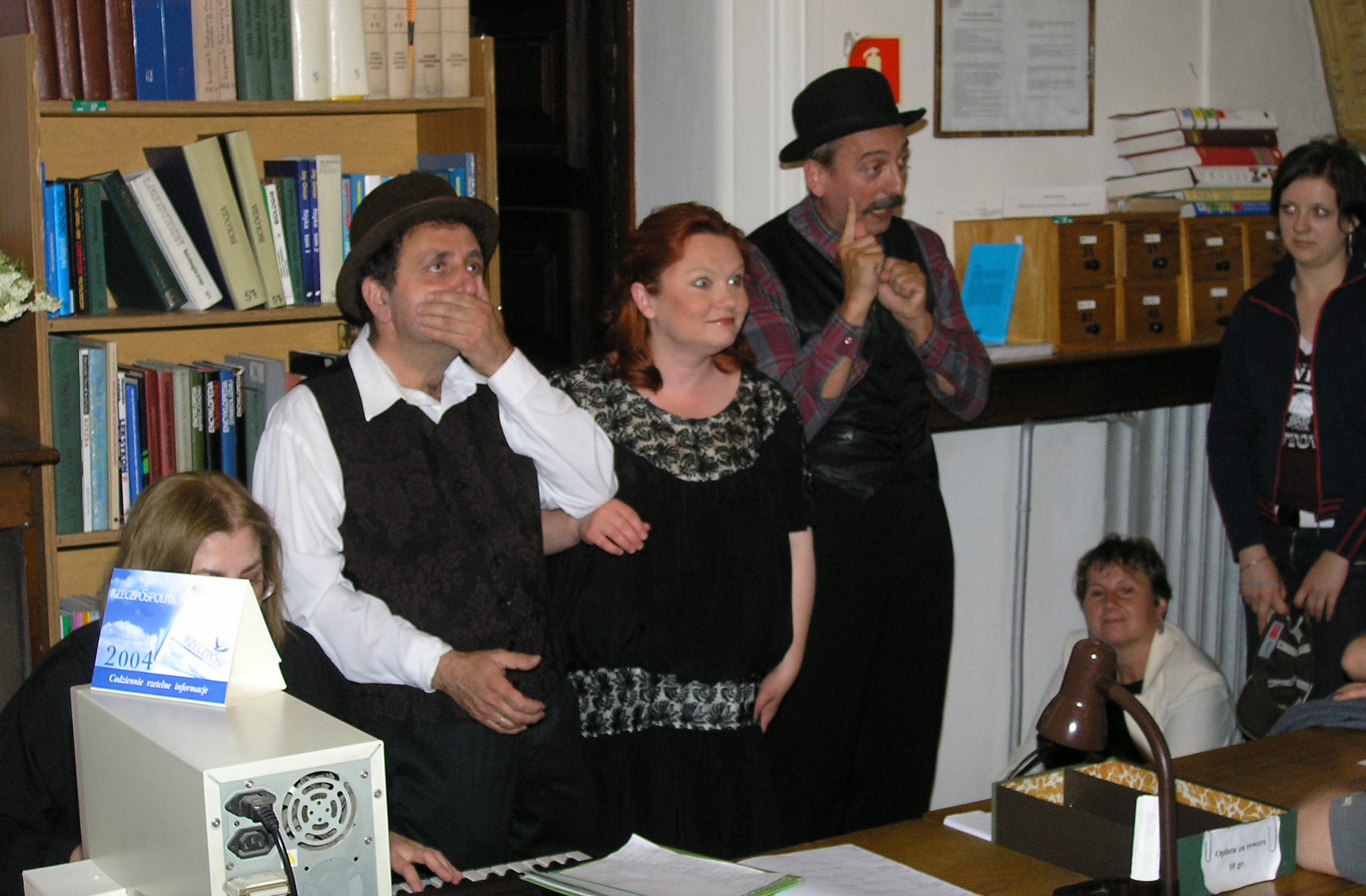 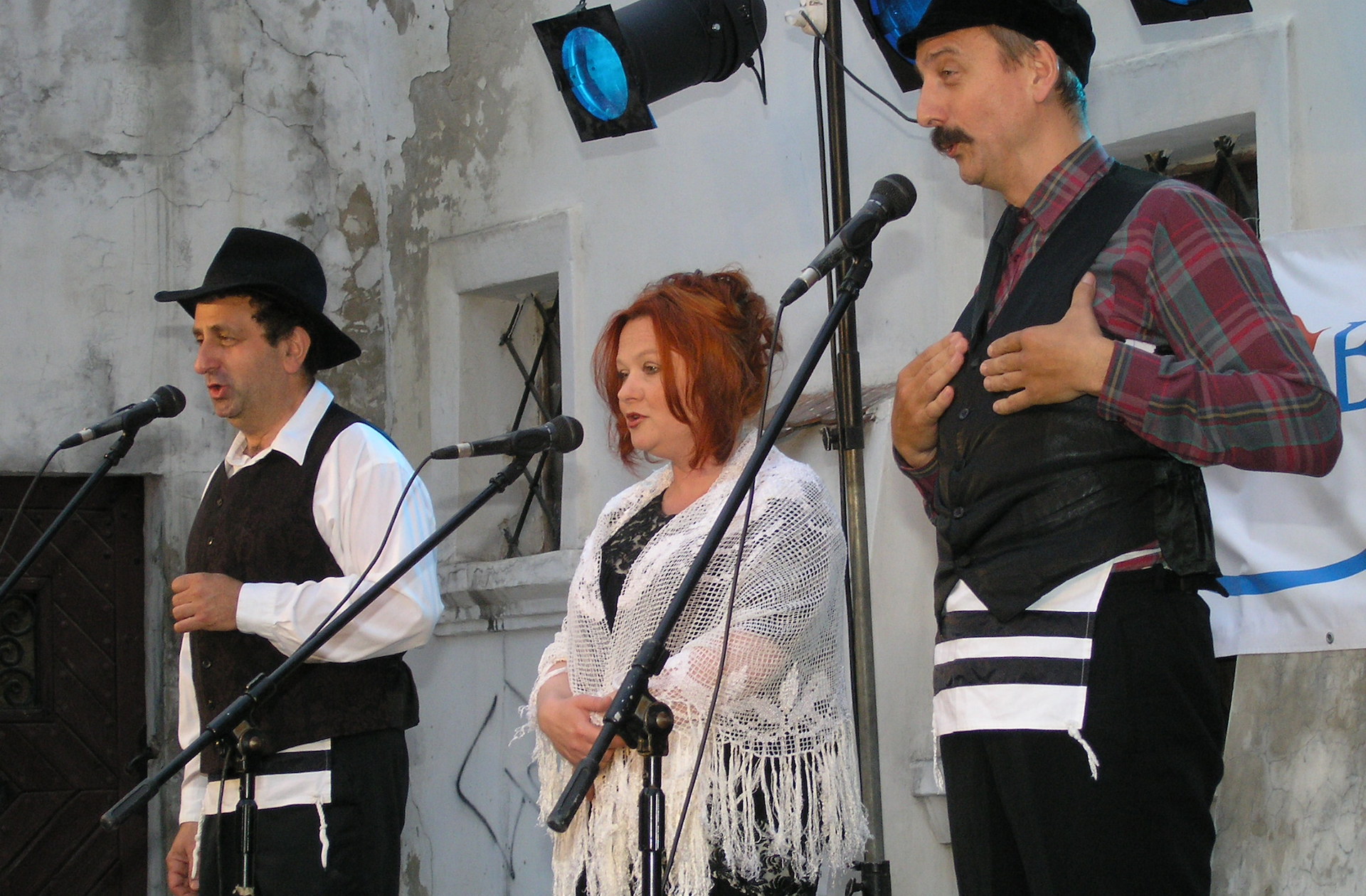 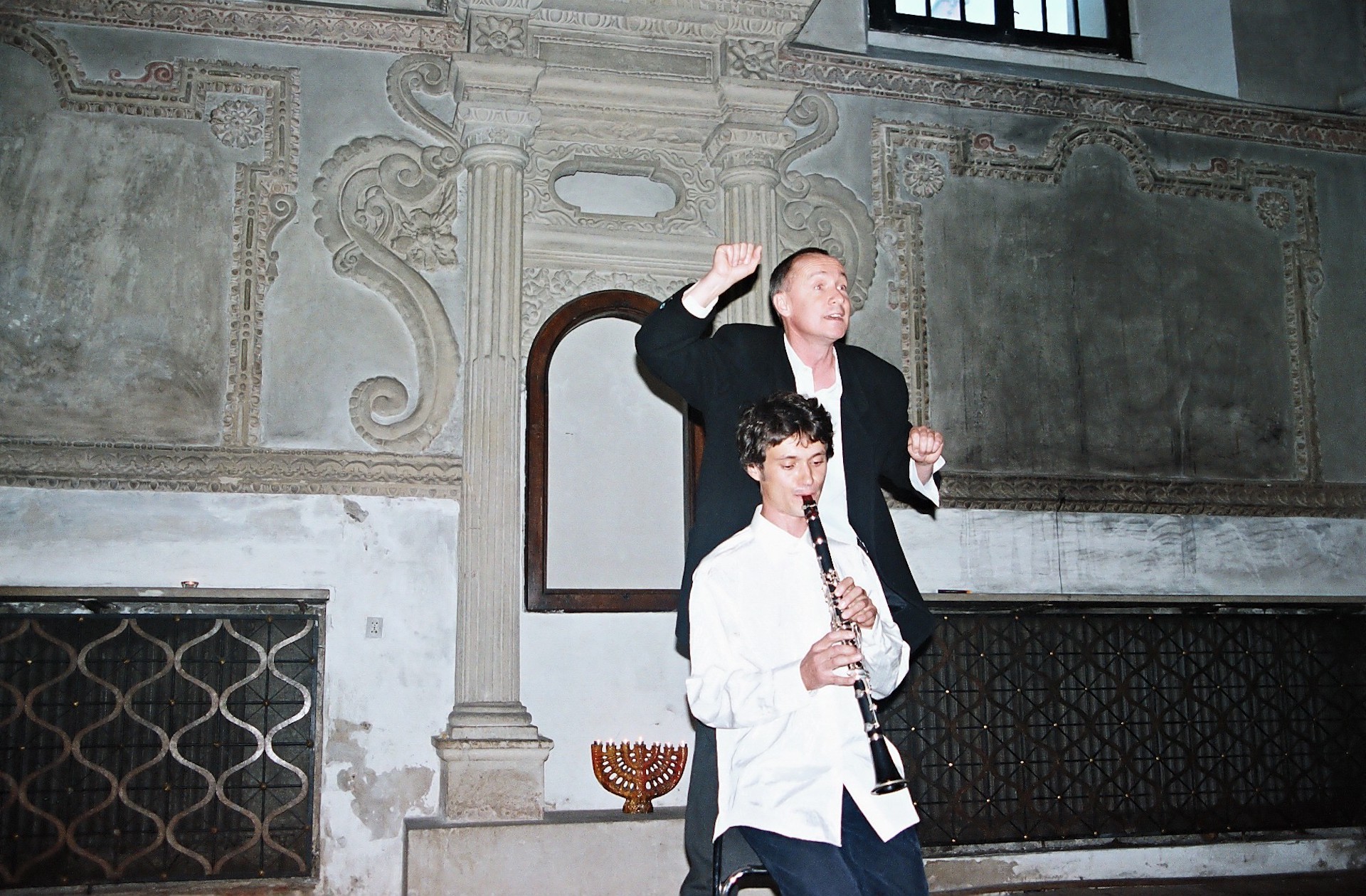 Nowe Miasto was established in 1822 and became home to mostly poor Jewish residents of Zamość. Up until the outbreak of World War II, the area resemble a typical Jewish shtetl. In 1941, during the war, Nazi Germans established a ghetto in the district, resettling to Nowe Miasto Jews from other parts of Zamość and from areas annexed into the Third Reich, Germany, Bohemia and Austria. From there, Zamość Jews would be deported to extermination camps in Bełżec and Sobibór. The project involves searching for documents, photographs and uncovering history of the Jewish community, Jewish families and individuals and imparting this knowledge. We publish our findings online at “Zamość – New Settlement. A guide to the non-existing Jewish town”. We give guided tours through Nowe Miasto and are pioneers of such sightseeing, as professional tour-guides never go there, considering this part of town uninteresting. We also try to commemorate the Jewish community in Zamość. For the first time after World War II, on the 74th anniversary of the first deportation of Zamość Jews to extermination camps from the “beetroot ramp” on April 11, 1942, we organized a memorial ceremony.

I find exploring a forgotten past fascinating and doing so gives me a sense of immense satisfaction. I am fascinated to see that this satisfaction spreads on to my students, who learn that their residential area and sites they pass every day have an extraordinary history that they can discover for themselves. Sites that before were indifferent to them are now connected with individuals they know by name, whose history and images can be found on prewar photographs or archival documents. Participation in uncovering the forgotten history of Zamość Jews gives students an opportunity to meet interesting people they show around Nowe Miasto: Jewish teachers from Italy and United States, students from Canada. Thus, they become open, tolerant and curious about other cultures. Our activities also attract local residents and descendants of Zamość Jews, with whom we were able to get in touch thanks to what we do.