The Leaders of Dialogue organized events commemorating the 75th anniversary of Aktion Reinhardt and ghetto liquidations in their hometowns. See the list of events below:

The 10th Days of Remembrance in Rymanow. The 75th Anniversary of the Holocaust in Rymanów “We were here, we are here”. See more

Commemoration of the 75th Anniversary of the Annihilation of Nowy Targ Jews, part of the Free Republic of Ochotnica Festival

The Annual Walk of Remembrance, commemorating the Liquidation of the Otwock Ghetto

Events comemorating Jews of Nowy Targ County, including a walk of remembrence, an interfaith prayer, ceremony at the monument of the victims of the Holocaust

During the walk participants could learn about the little known history of the vibrant life of Rabka’s Jewish community, and about its tragic virtual annihilation during the Aktion Reinhardt and later deportation to Bełżec death camp. At the cemetery, participants put stones bearing names of Holocaust victims on the remaining graves.

Thanks to the efforts of these two local Leaders, and with the support of the county government, a plaque marking the site of the Rabka synagogue was installed. It will now inform the passersby of the former function of this place and remind them of the community that once lived in Rabka. 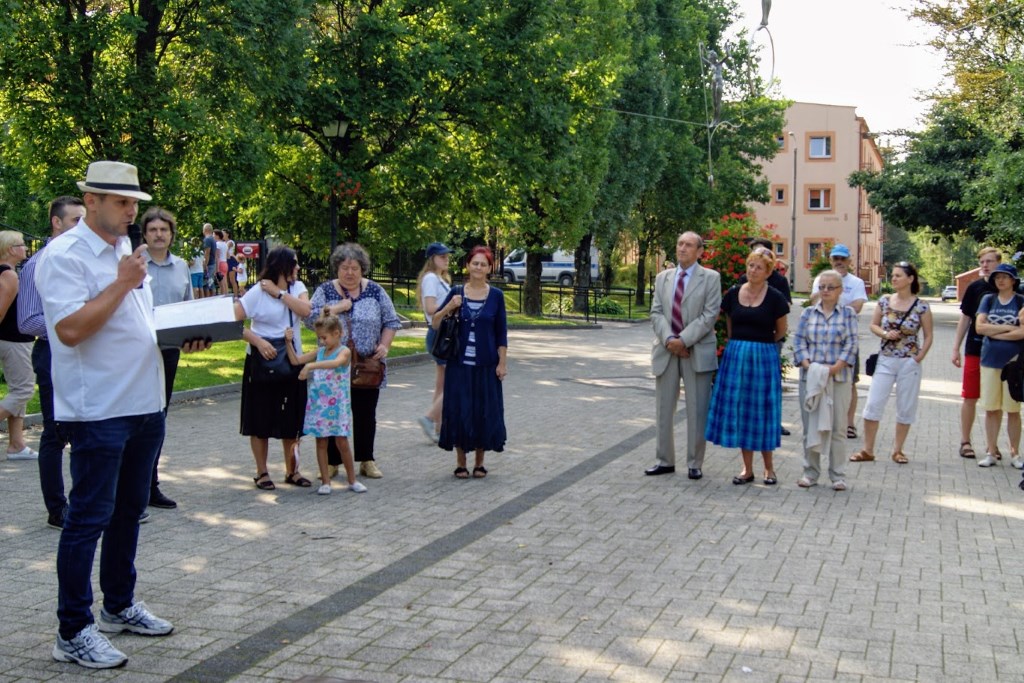 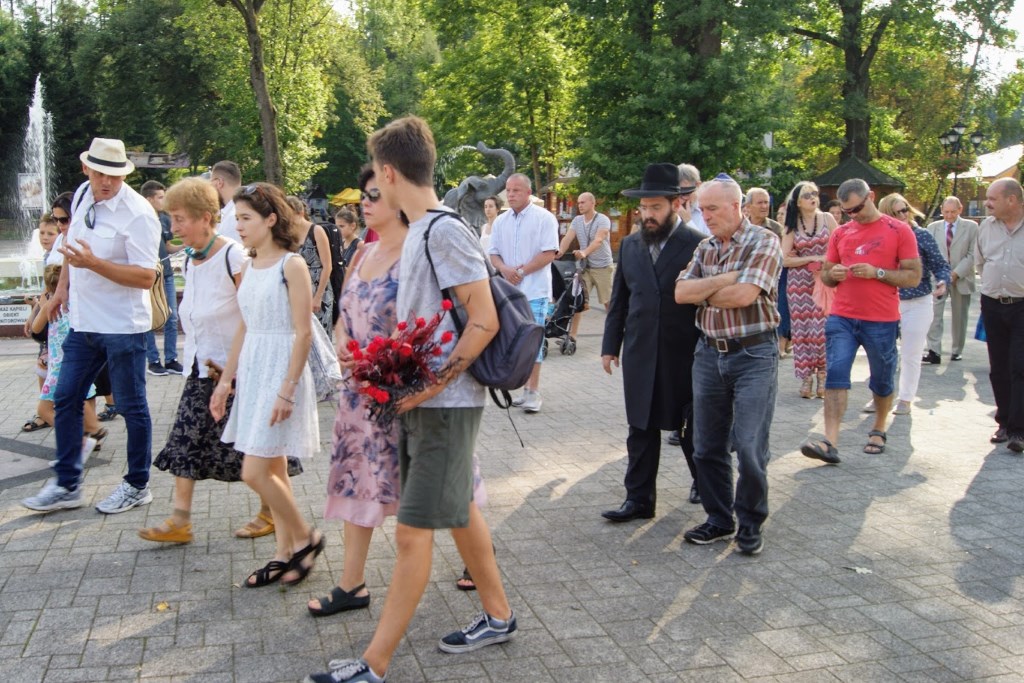 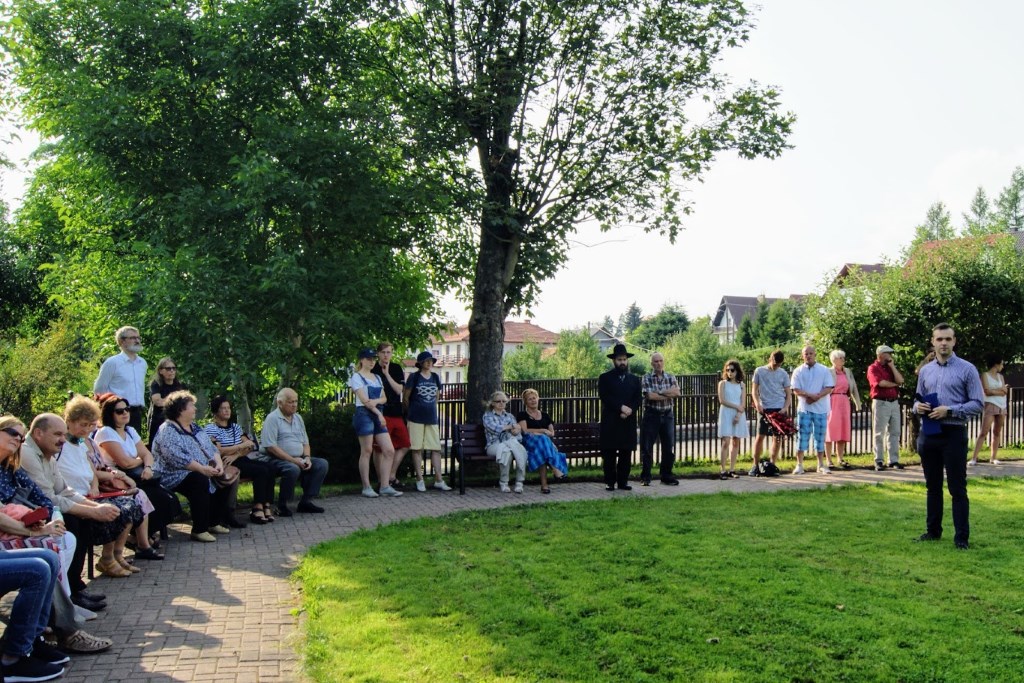 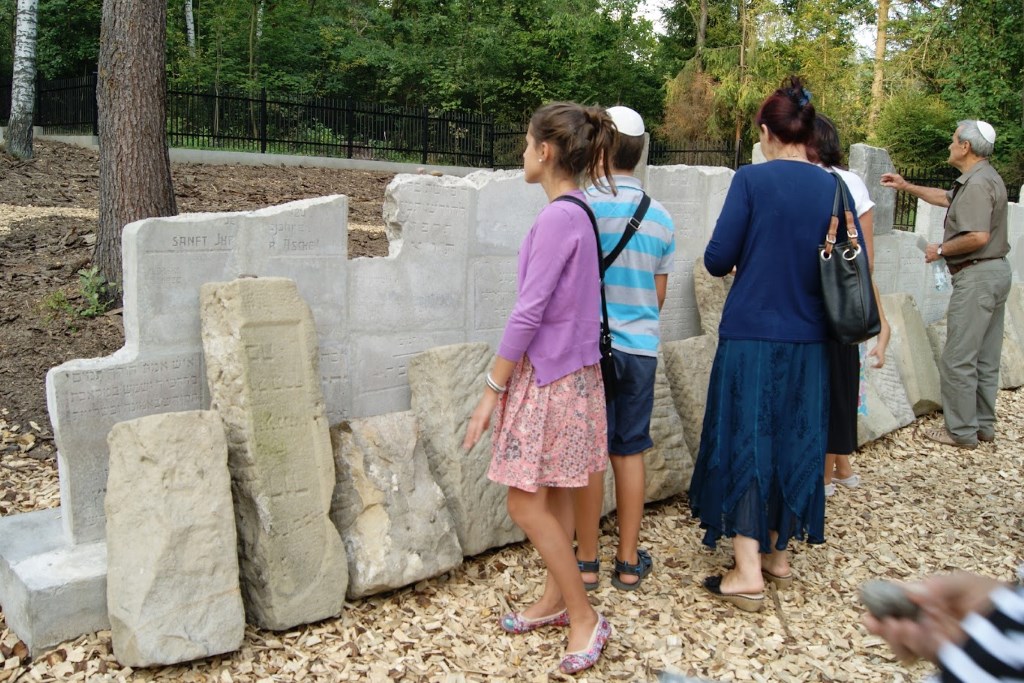 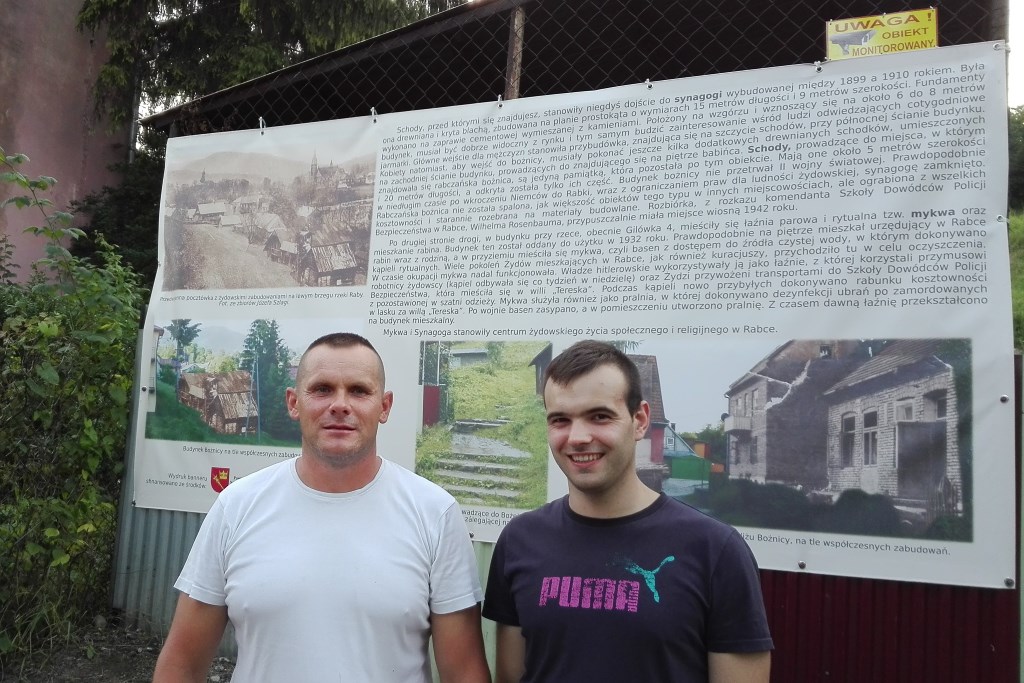 “We are not allowed to forget. We have to preserve the memory of those who disappeared from our society, especially that before World War II they were its important part,” says Estelle Rozinski, an Australian artist born in Zduńska Wola, author of the “Missing Mezzuzot of Zduńska Wola. The First Hundred” exhibition presented at the Zduńska Wola’s Historical Museum. An interactive installation featuring 3 000 “mezzuzot” was created as a symbolic remembrance of each of the Jewish families living in Zduńska Wola prior to 1939. The project was conducted together with two local Leaders of Dialogue, Kamila Klauzińska and Tomasz Polkowski, and is part of the commemoration events around the 75th Anniversary of the Zduńska Wola Ghetto Liquidation. The full story of how this cooperation came to be was recently described in Newsweek Polska (article in Polish).

The exhibition will run through November 2017. The project consists of two parts. Each of the pre-war Jewish families is commemorated by a single mezzuzah containing not only the parchment of Shema prayer, but also soil from Jerusalem, a symbol of Jewish unity, and a thin layer of soil from Zduńska Wola, a symbol of the town’s Jewish past. In the case of families whose members survived the Holocaust, the mezuzah contains also a layer of soil from their current place of residence, a symbol of survival and continuity of future generations. The second part of the exhibit is available online (the website is currently under development), and gathers families’ stories, documents, anecdotes and pictures, as well as video recordings of Kamila Klauzińska’s lectures about the history of the town’s Jewish community. The public is invited to contribute to this growing database of personal stories of people with roots in Zduńska Wola.

Thanks to the efforts of Forum’s Leader of Dialogue, Katarzyna Łaziuk, and with the support of the Friends of Mińsk Mazowiecki Association and Jewish Community of Warsaw, on August 21st, 2017, Mińsk Mazowiecki commemorated the 75th Anniversary of the Annihilation of Mińsk Mazowiecki Jews. Guests gathered at the official ceremony at the Jewish cemetery took part in an inter-faith Jewish/Christian prayer, followed by a public reading of the list of names of Holocaust victims from Mińsk Mazowiecki.

Events surrounding the anniversary continued for the next few days, and included a public reading of testimonies about atrocities of 1942 as witnessed by local residents, openings of exhibitions concerning the Jewish history of Mińsk Mazowiecki, historical tours of the town, concerts and film screenings. 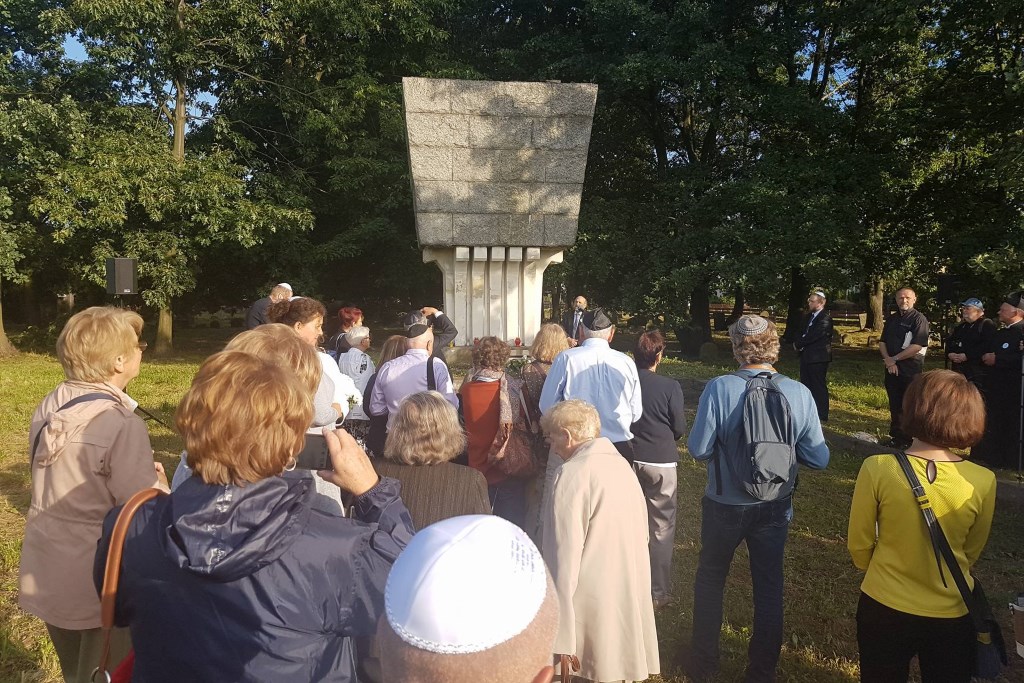 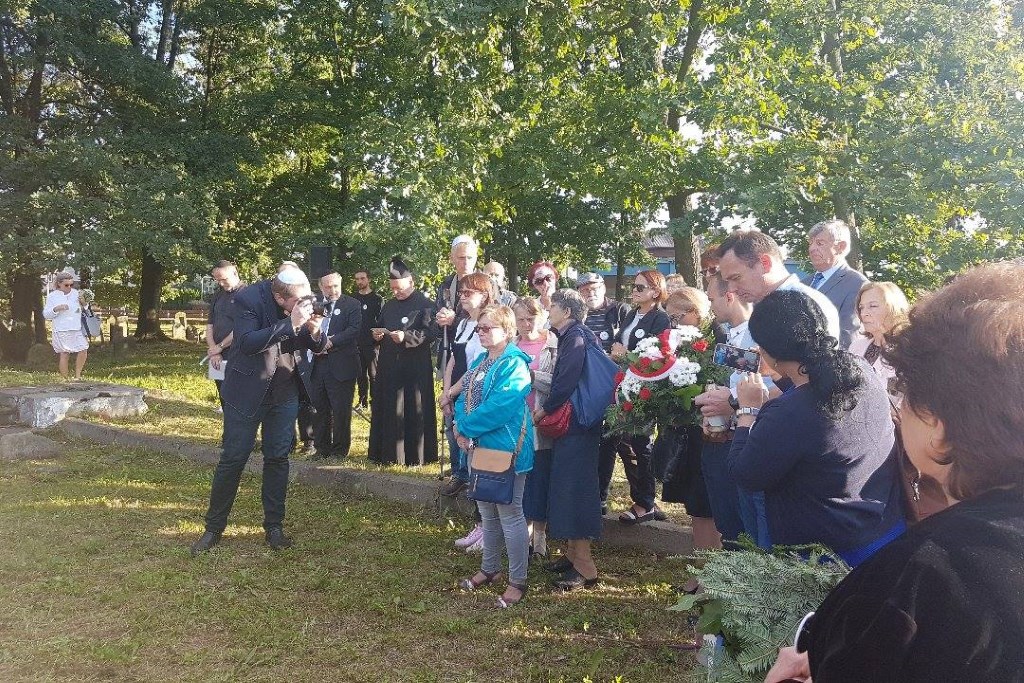 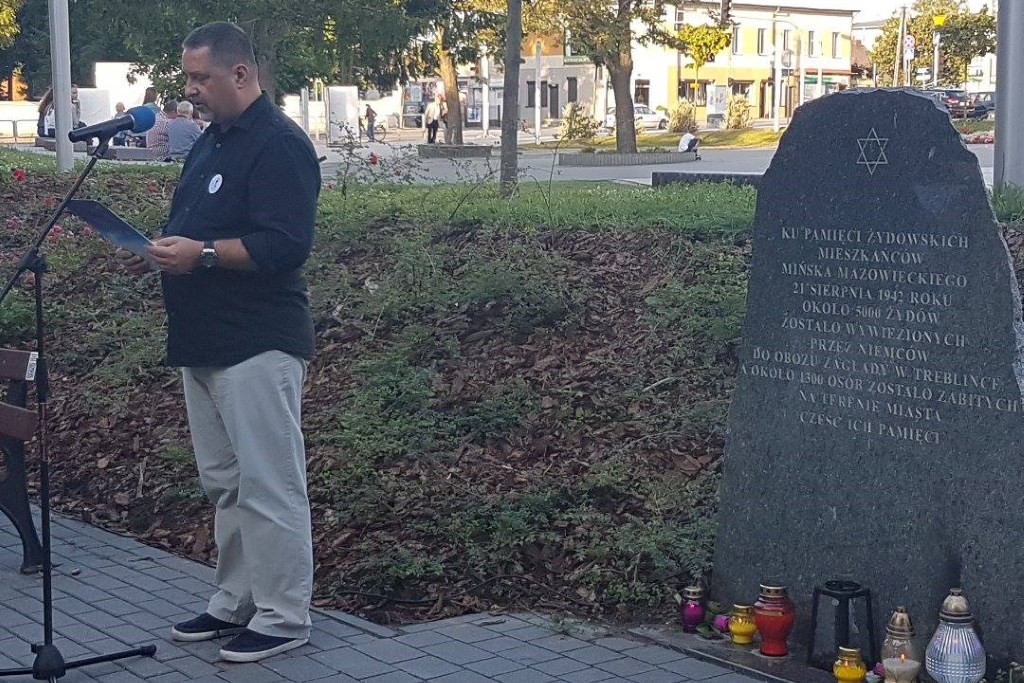 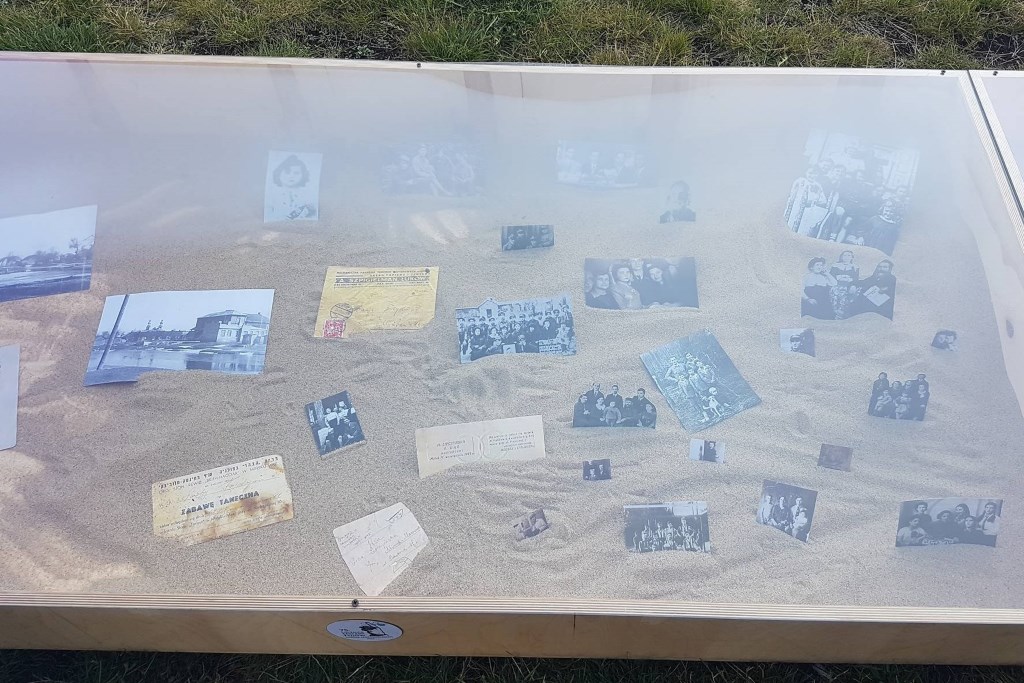 On August 5th, marking the 75th Anniversary of the Liquidation of the Radom Ghetto and near total annihilation of Radom’s Jewish community, the city unveiled “The Trace – the Jewish Trail in Radom.” The Trail, which includes the twelve most significant places in Radom’s Jewish past, is a realization of a dream shared by three people very close to Forum: Friends of the Forum, Sharon Grosfeld and Hilda Chazanovitz, whose families came from Radom, and Zbigniew Wieczorek, a local Leader of Dialogue. After having met only briefly during a Study Visit in 2015, these three amazing people managed in 2016 to coordinate, across language barriers and an ocean, the first Passover Seder in Radom in decades (watch the film from the event). This year, together they witnessed another milestone in the process or remembering the Jews of Radom in Poland.

The events surrounding the opening of the Trail continued between August 3-6, and included exhibitions’ openings, concerts, movie screenings, presentations, workshops and presentation of the first Polish edition of “The Book of Radom: The Story of a Jewish Community in Poland Destroyed by the Nazis,” a Radomer Yizkor book. The story of how this Polish version came to be is a touching example of how connections made over time bear amazing fruit. During the 2014 Leaders of Dialogue National Conference, Andrzej Folwarczny presented Zbigniew Wieczorek an English version of “The Book of Radom.” It was given to the Forum by our Friend, Irving Kempner, whose family on the mother’s side came from Radom. Touched by the gesture and aware of the importance of the publication, Zbigniew Wieczorek promised that he will create the Polish edition of this Radomer Yizkor and he kept his word.

August 6th – Dukla – Jacek Koszczan An interfaith prayer commemorating the 75th Anniversary of the Anihilation of the Jews of Dukla during the 4th Jewish Culture Days in Dukla – “Save the memories.” 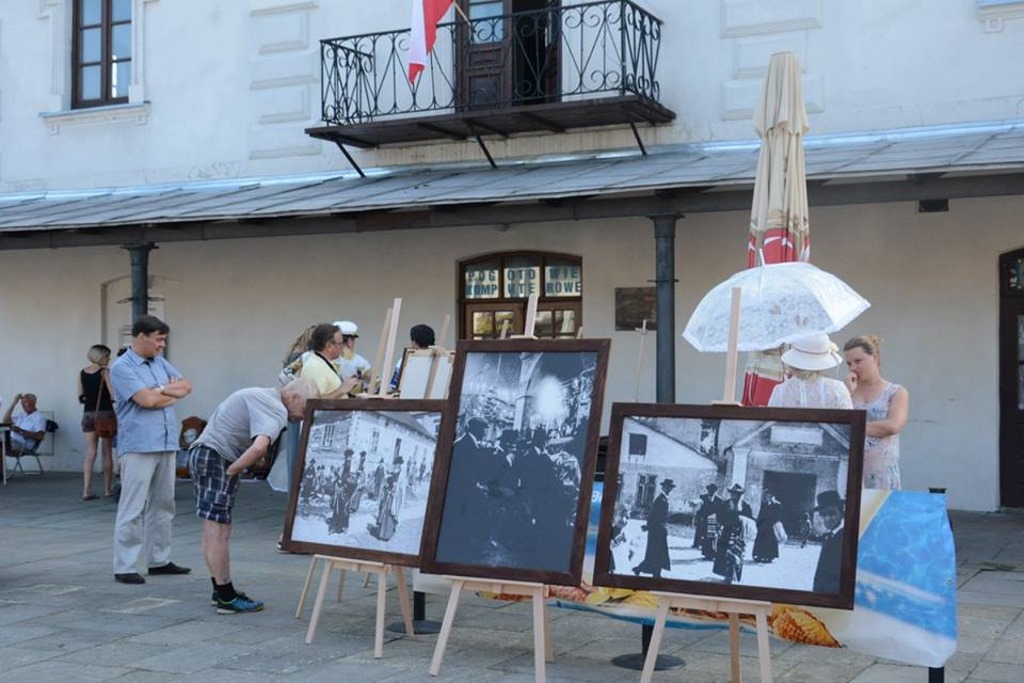 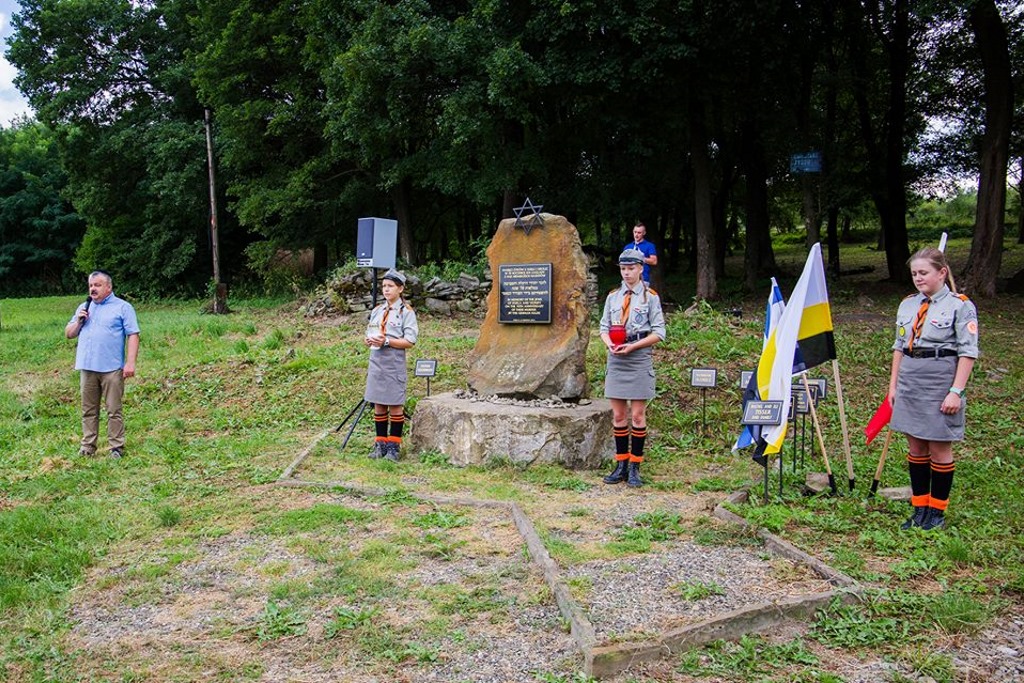 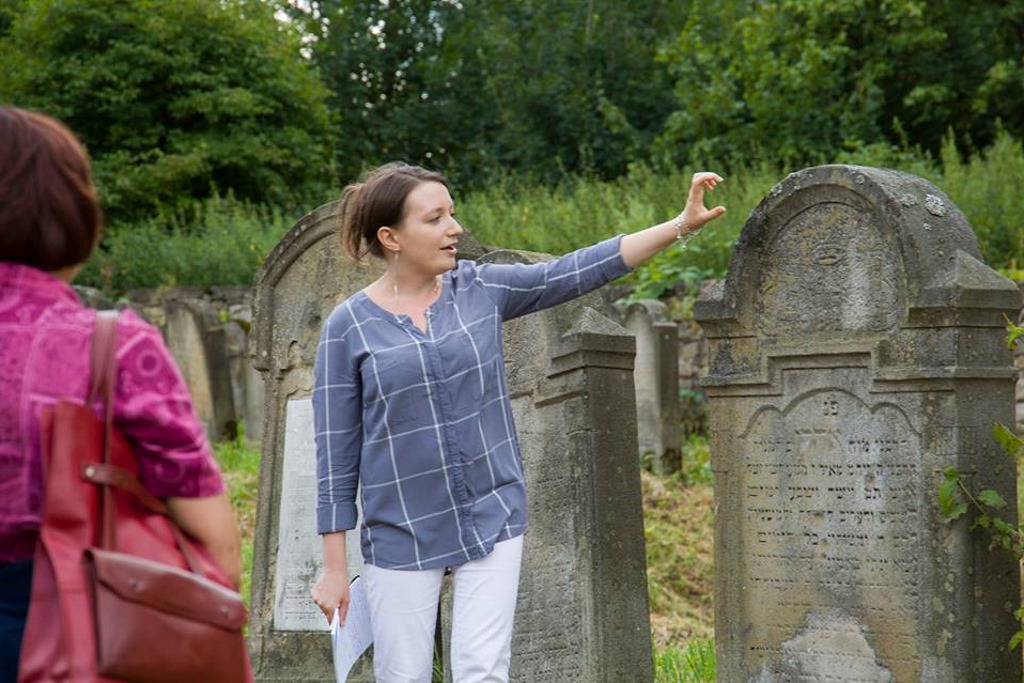 Thanks to the efforts of Forum’s Leader of Dialogue, Ireneusz Socha, and with the support of the Mayor, on July 21st, 2017, Dębica commemorated the 75th Anniversary of the Liquidation of the Dębica Ghetto. The people gathered at the ceremony honored the memory of the 500 Jews executed and then buried in a mass grave in July 1942, as well as those who perished in death camps. They also paid tribute to Leokadia and Aleksander Mikołajków, Righteous Among the Nations, who help save local Jews during the occupation.

The ceremony’s importance was recognized by representatives of Polish and international Jewish community, with the presence of Tadeusz Jakubowicz, the President of the Kraków Jewish Community, Rabbi Avi Baumol from Krakow, whose parents came from Dębica and were killed there, as well as professor Jonathan Webber, whose family came from the nearby Brzostek, and who has been involved in the restoration of the Jewish cemetery there. There was also a group from Israel, among them representatives of the Association of Former Residents of Debica: Nova Rotenberg and Esther Meyer, the daughter of Meir Goldman, son of the penultimate president of Dębica’s kehilla. The event was also well-attended by Dębica residents and representatives of local government, and written up in the local press.